A lot has happened in this region, the Middle East & North Africa or the MENA region, since 2011, starting with the Arab Spring. And imagine how the Arab Spring began - in December 2010, a poor Tunisian orange seller, Tarek el-Tayeb Mohamed Bouazizi was humiliated by a municipal official who confiscated his wares. Tarek immolated himself resulting in his death and that incident triggered a series of protests.
And what followed was the Arab Spring. the Tunisian president Zine El Abidine Ben Ali was forced to step down, triggering significant "tectonic" shifts in the MENA region. The Tunisian Revolution had an immediate domino effect in five other countries: Libya, Egypt, Yemen, Syria, Bahrain, where either there was a regime change or major uprisings and social violence occurred, including civil wars or insurgencies.
Other countries - Algeria, Lebanon, Jordan, Kuwait, Oman, Sudan, Djibouti, Mauritania, the Palestinian National Authority and Saudi Arabia, all had been witness to these tensions and upheavals.
Morocco was not insulated from these shifts that have been happening in its immediate vicinity. But the deftness of the monarchy ensured the spark didn't trigger a major conflagration.
The monarchy leveraged on the tremendous religious, social, economic, and symbolic capital that they enjoy and is seen as a unifying force, legitimizing his political leadership. To deescalate the anger of young protesters on Moroccan streets, the king, Mohammed VI, announced major political reforms, including a new constitution with ‘less powers’ for the royalty, and showed a willingness to allow moderate Islamists to assume power. He did not resort to slander or harsh repression, like the way other Arab leaders responded. 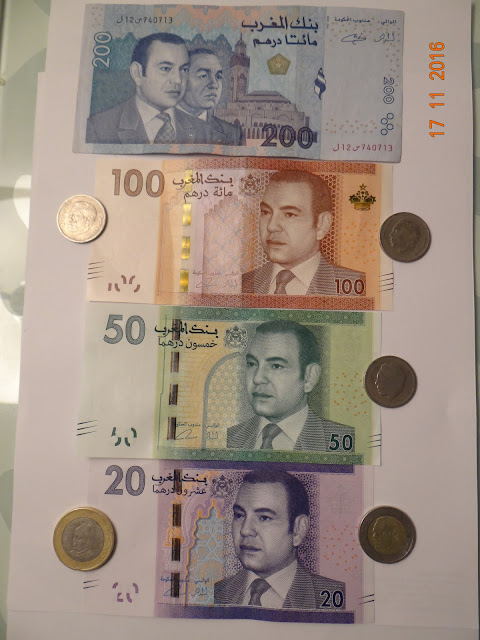 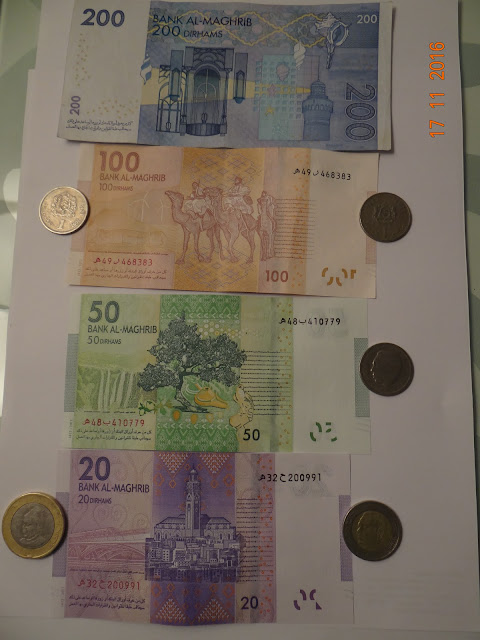 And the turmoil of the Arab Spring, that engulfed the MENA Region resulted in the downfall of strongmen in African polity - Hosni Mubarak and Muammar Gaddafi, resulting in a power vacuum, that King Mohammed VI has tried to fill in. It has doubled up efforts to rejoin the African Union, from where it was expelled in 1975 after the occupation of Western Sahara. The cozying-up to Africa is quite evident with the ongoing Morocco-Africa summit ongoing at the Palais des Congrès next door. 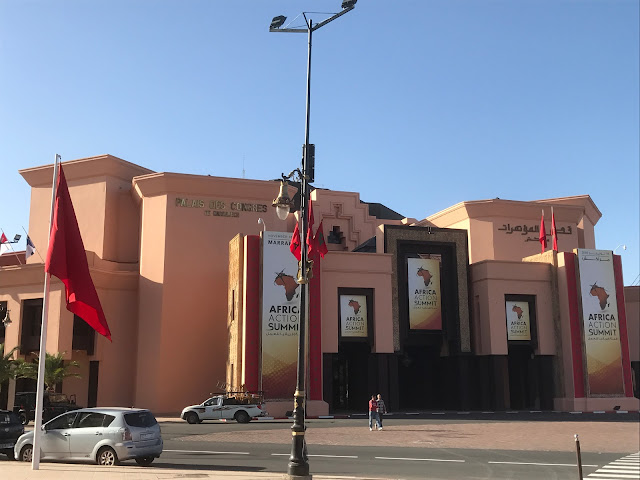 Moroccan businesses too see Africa as a continent with infinite business opportunities. Interactions with counterparts here were insightful, revealing how Moroccan companies and banks have spread across the continent, growing inorganically through acquisitions.
But there is a domestic challenge. There are multiple shades of biases against the darker Africans evidently visible in the attitudes of Moroccans in every day life. Numerous articles on the internet point to local sensitivities and fears on job losses following an influx of workers from sub-Saharan Africa into the country.
As far as the domestic policies go, a revival of a traditional identity as a broader push toward pluralism and openness by King Mohammed VI. Prominent among these initiatives is the revival of the previously banned traditional Berber language, Tamazight, which was named as an official language in the 2011 constitution. The language spoken by 40% of Moroccans, the Berbers was banned till the early 2000s. 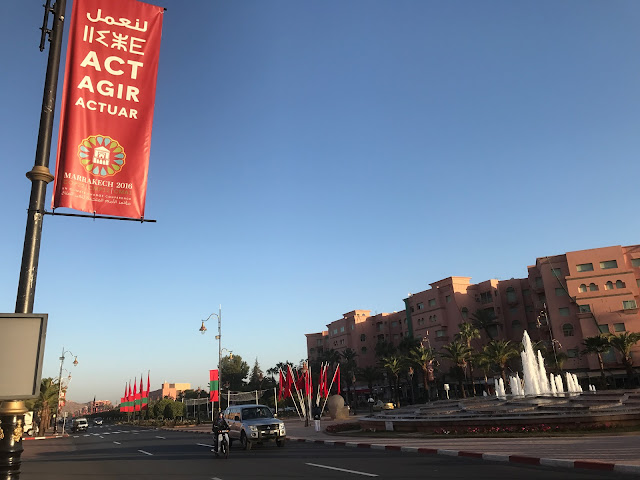 The Tamazight language is a bit unique. The Berbers have had a written tradition, on and off, for about 2,500 years, although the tradition has been frequently disrupted by cultural shifts and invasions. They were first written in the Libyco-Berber abjad writing system, and is still used today by the Tuareg tribes. And the Roman influences brought about the development of the Berber Latin alphabet. And banners I have seen here not only have French (de-facto language of business in Morocco, given that it's in the Francophone world), but also Arabic, English and Tamazight.
And this is particularly appreciable given that the neighbouring countries - Mauritania, Algeria and Libya had long persecuted people for the use of the Berber language, in favor of the language of the Bedouins, Arabic.
But people on the ground seem to be able to reconcile with the past and embrace the future. The Moroccans I have met seem to indicate that they are a modern people with an ambition, a seriousness to succeed and yet they respect their traditions.
Clearly, Morocco is trying to reconcile between discovering its true ancient identity and it's place in the modern world. Only time will tell how effective Morocco is, in this endeavour...