In my latest Southern sojourn to Thoothukudi (better known as Tuticorin), I passed by Chennai, where I had two layovers, one last night and the second one, today, for a few hours... which gave me another go at Plane Spotting at MAA! 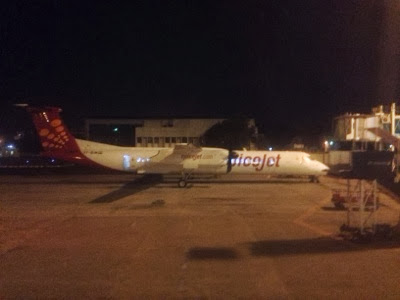 The SpiceJet Bombardier Q400 basking in sodium vapour lit tarmac, as we landed at Chennai! 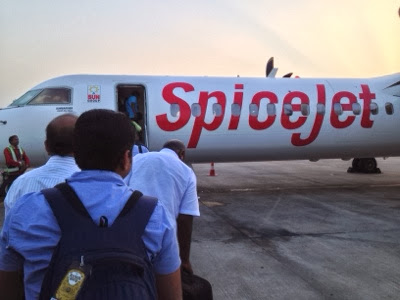 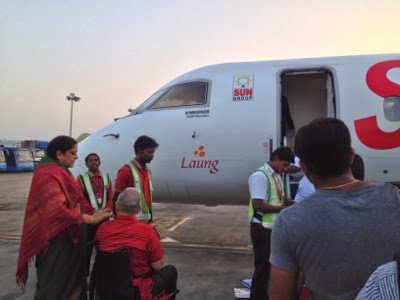 Boarding the Q400 called Laung (clove) this morning!
All the SpiceJet aircraft are named after spices... 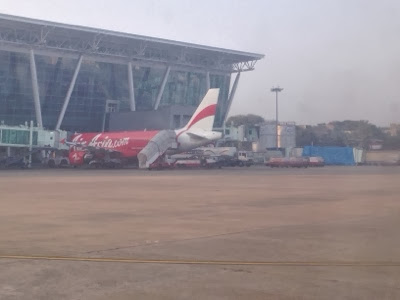 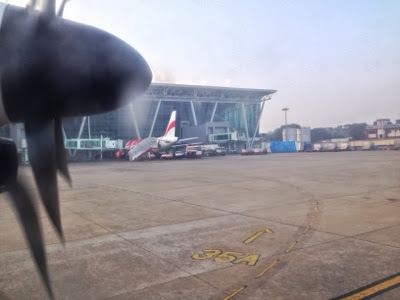 An Air Asia A320 that came in from Kuala Lumpur a few moments earlier....
We'll see more of Air Asia here, as Chennai is going to be their homebase, when they launch their Indian operations soon... 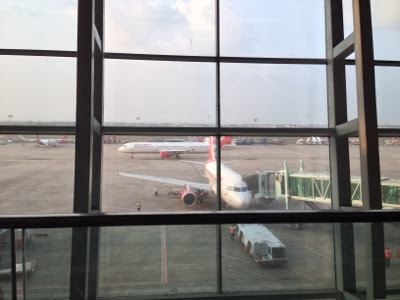 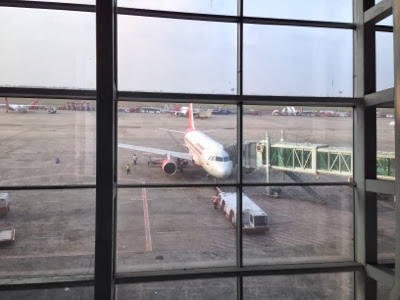 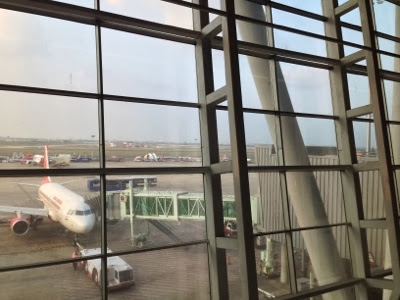 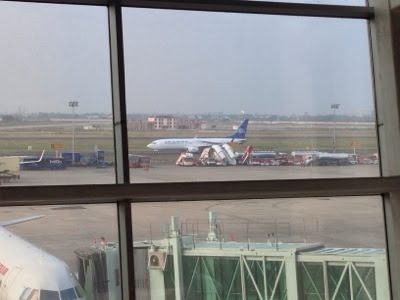 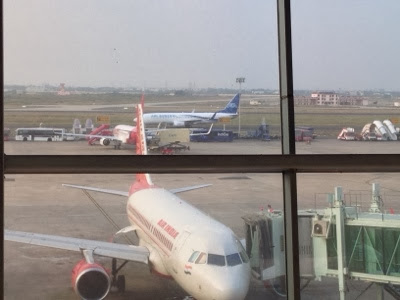 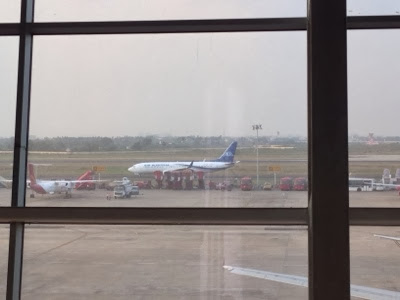 Oh la la!
That's an exotic bird... that set my heart racing and thumping... I had been waiting for months to see this bird here!
Air Austral's Boeing 737 that came in from Bangkok's Suvarnabhumi enroute to the Roland Garros International Airport at Saint-Denis, Reunion Island.
Reunion is an exotic island, an overseas French territory off the coast of Madagascar and very close to Mauritius...
Look forward to flying Air Austral soon! 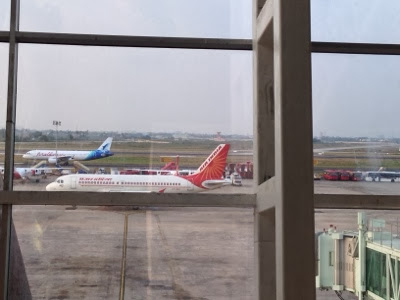 Another beauty, this one is from Male - a Maldivian A320!