On my return from Chennai recently, I was amazed to see an Air-India Boeing 747-400 parked on a remote bay. This was "Khajuraho", VT-ESO, which is one of the five jumbos on the Maharaja's fleet. Khajuraho is now mostly used for VIP flights, ferrying the President and the Prime Minister across the globe.
Every time I see an Air-India Boeing 747-400, I feel a sudden exhilaration as though I had seen my crush! Indeed it is, I have been in love with the beautiful red livery on this sexy beast for over 20 years now! 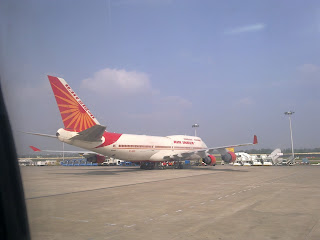 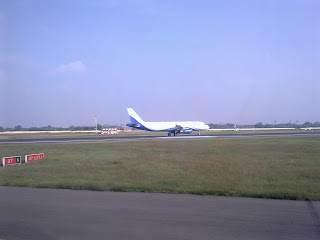 As we were getting on to the taxiway, an IndiGo A320 was taking off from Runway 07-25. This livery pales in comparison to Air-India's! 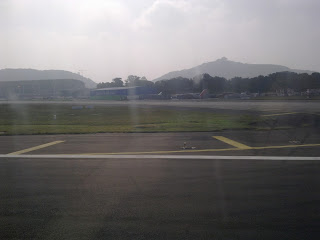 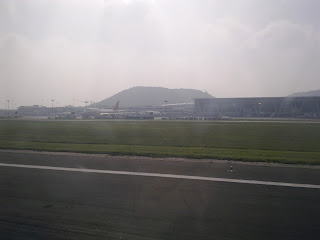 Good bye to a bright and sunny Chennai!

One will fancy the wondrous airline service in one's budget because it provides low value flights to the main cities across the country. it's daily flight to MAA.