Last night, Neeti and I went out for an impromptu date to Starbucks, I ordered my timeless favourite - the Salmon Croissant. With its soft, flaky crust and a delectable cheddar-salmon filling, the croissant made for an incredibly enjoyable meal. 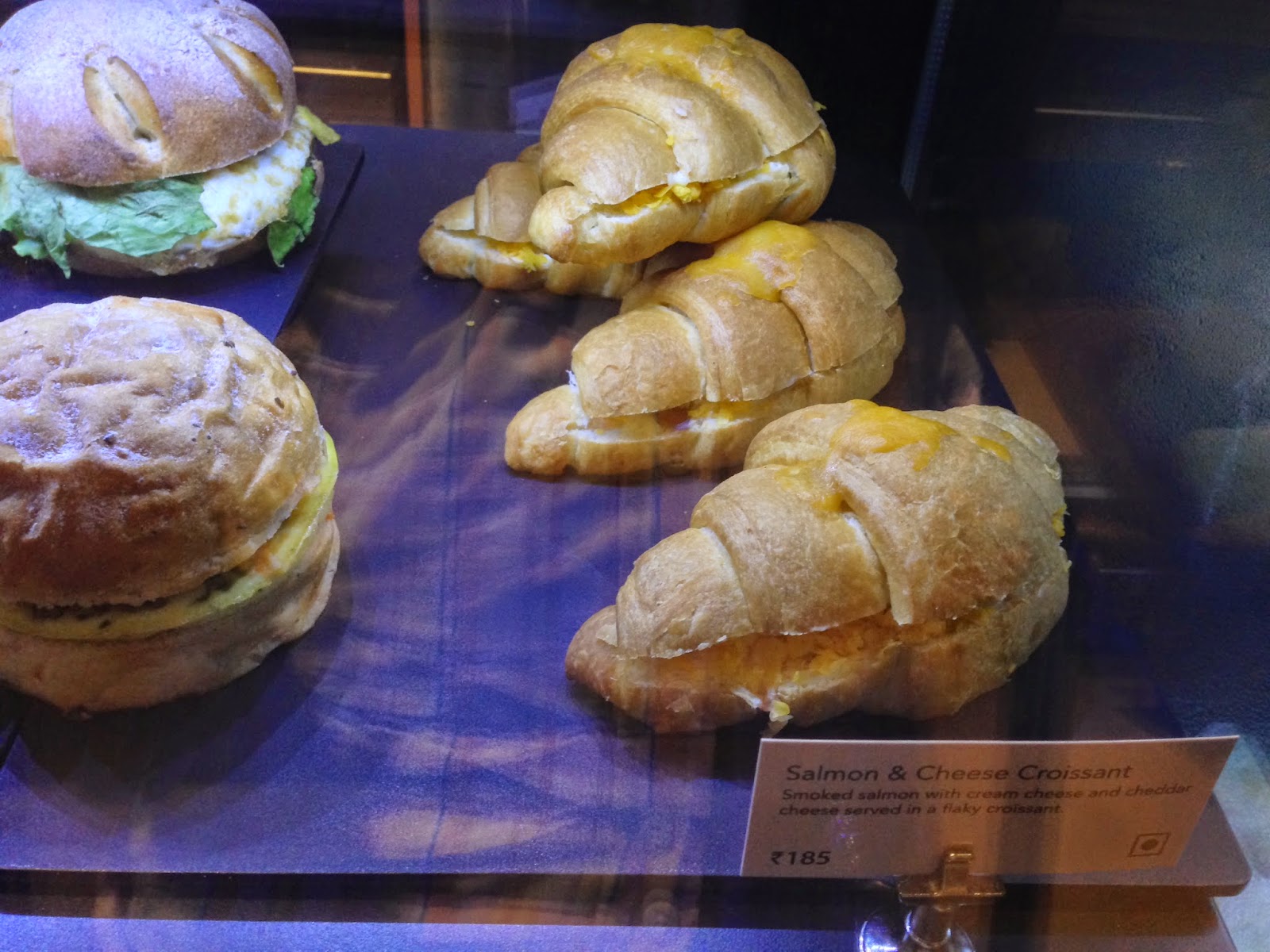 While I was enjoying my croissant here at Starbucks, I told Neeti about the best croissant I ever had. That was at the Novotel at Hyderabad Airport. It was Independence Day 2013 - my colleague and I had an early morning flight from Hyderabad. At the time of checking out, the front office staff suggested that try out some stuff from their boulangerie. Only croissants and muffins were on offer with a choice of tea and coffee accompanied with fruit. I had some fruit followed by croissants and Assam tea. The croissants were absolutely heavenly. And I would have lost count of the croissants we had if we were not to catch our flight...
I have been having croissants for the last 15-16 years but undoubtedly the ones at Novotel were the best croissants I had ever had...
I was convinced that the French (Novotel is a part of Accor, a French hospitality chain) have a way with their art of baking (and I am told that's true for their charcuterie as well).
And today I was reminded of a story that a friend told me way back in 2005. He said that croissants dated back to the Crusades, when the Turks had occupied the Holy Land, or Israel as we know it today.
I did not believe him then, but last night, after the date, and after devouring the rather flaky and delectable croissant, I did a bit of Googling on the history of where croissants came from.
What I discovered was incredible.... My friend was somewhat right.
It wasn't about the Crusades, but the croissant did have an Islamic connection in the two legends doing the rounds.
The first account dates back to 732 AD, when a pastry in the shape of the Islamic crescent was made by bakers to celebrate the defeat of the Umayyad forces at the Battle of Tours by the Franks.
The more popular legend, is also supported by the Larousse Gastronomique, the definitive encyclopaedia of anything even vaguely connected with French gastronomy (yes, my prized copy of the Larousse Gastronique occupies an enviable position in my bookshelf). The Larousse Gastronique suggests relatively recent origins of what we know as the croissant today.
In 1683, Austria was under siege by the marauding Ottomans, who were on an Islamic expansionist spree in Europe. In Vienna, the Ottomans lay siege, but as time was running out, the marauders came up with an ingenious plan of digging tunnels at night to make their way into Vienna.
But the Ottoman marauders were outwitted by Viennese bakers. The bakers got into business at night, in their underground bakeries, preparing bread for consumption in Vienna the next day. As legend has it, the bakers heard the sounds of the Ottomans digging their way through and alerted their army.
The siege ended and the Ottomans were decisively defeated and Europe was forever rid of this expansionist menace that threatened the European way of life. To commemorate their success, Viennese bakers came up with crescent shaped pastries (the crescent was then, and still is, a symbol of the Turks and was emblazoned on their flag).
These pastries were popularly called Viennoiseries and over time, the Viennoiserie became a generic term to denote Viennese pastry. Viennoiseries included baguettes, brioche, pain au chocolat, pain au lait, pain aux raisins, chouquettes and chausson aux pommes.
Nearly a hundred years later, in 1770, Marie Antoinette (the Austrian archduchess who married Louis XVI), introduced the croissant to the French Aristocrats. She was homesick after her marriage and yearned for Viennoiseries. She got the chefs from the palace kitchen to learn the fine art and ended up introducing croissants to the French. And the rest is history! Today French breakfasts are nothing without croissants and café au lait.
Despite, her significant contribution to French culinary heritage, which isn't well known, Marie Antoinette is infamous for her statement “Qu’ils mangent de la brioche”—“Let them eat cake.”, when she was told that her French subjects had no bread to eat. And that infuriated the common French folk, who led her to the guillotine.
The story of the croissant doesn't end there. More recently, Syrian militants got a fatwa issued banning croissants after these gunmen got know of the legends behind this flaky delight and the defeat of the Islamists in Europe.... 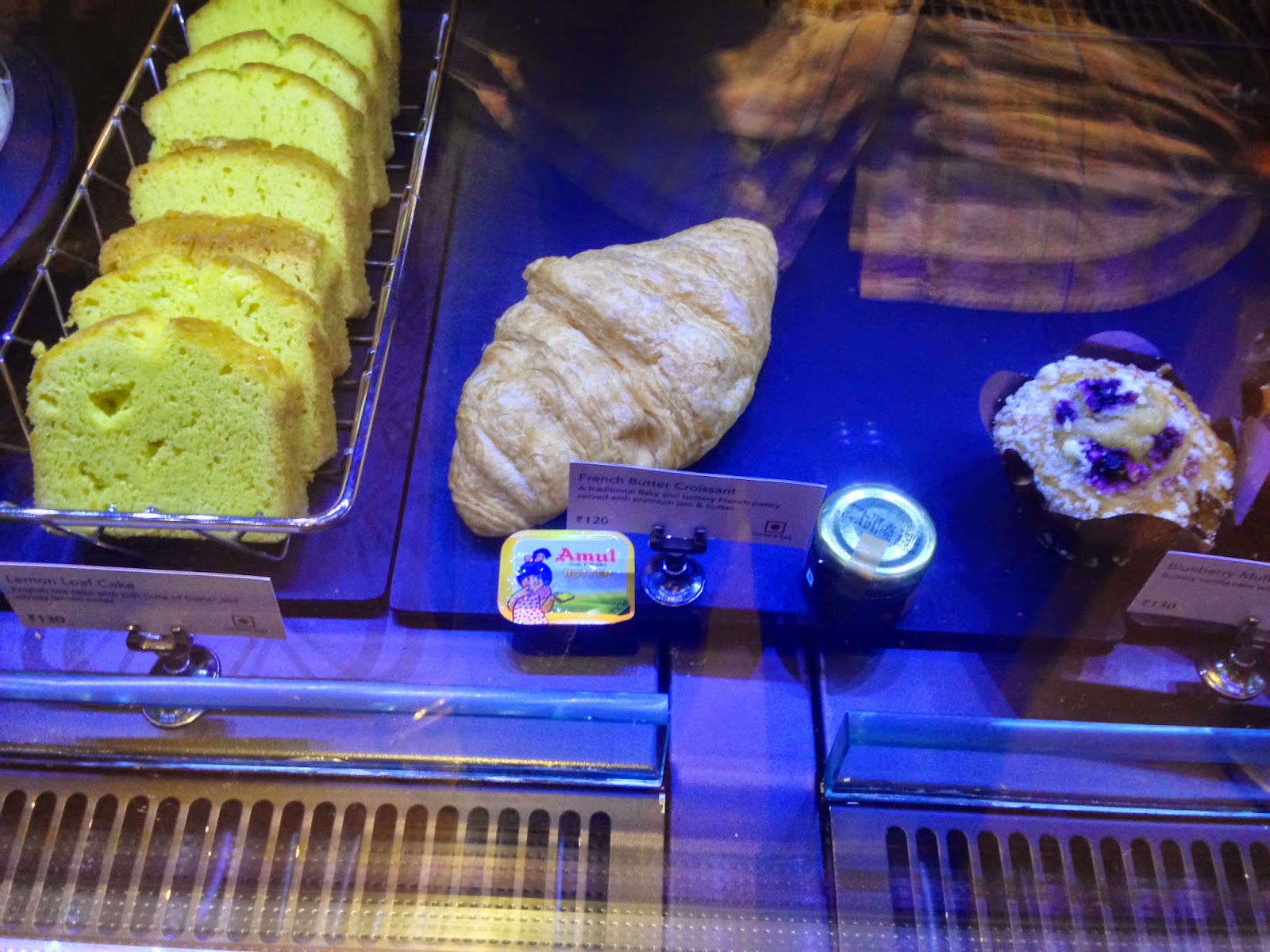 But as I write this, from here in Mumbai, it's time to dig into another warm croissant, on a rainy evening. And it's time to relive over 1300 years of history, of war, of conquests and of culinary innovations spawned off by war and the timeless interplay of cultures....
I am pretty sure the Viennese bakers and Marie Antoinette would have agreed with my statement "I Don't Want Nirvana! I Want Great Food, Always!"
Posted by Rajeev at 7:27 PM