Recently I bought a DVD compilation of all National Geographic magazine issues since 1888. After installing the DVD on my computer, I was flipping through the various editions, when I came across this 30-year old issue, from November 1984 which documented the journey of cacao from the New World to Europe and then to European colonies around the world. I remember flipping through this issue as a kid, an 8-year old, and the Statue of Liberty crafted in chocolate (featured on the cover) massively fascinated me.
"So much chocolate" I thought, and my mouth watered endlessly... I guess that's a reasonable thought for a 8-year old! 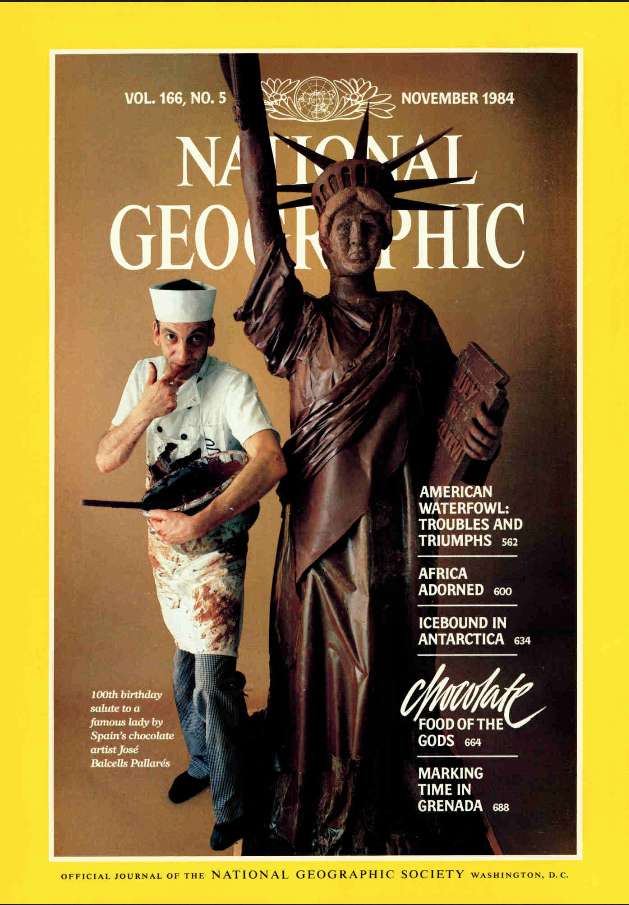 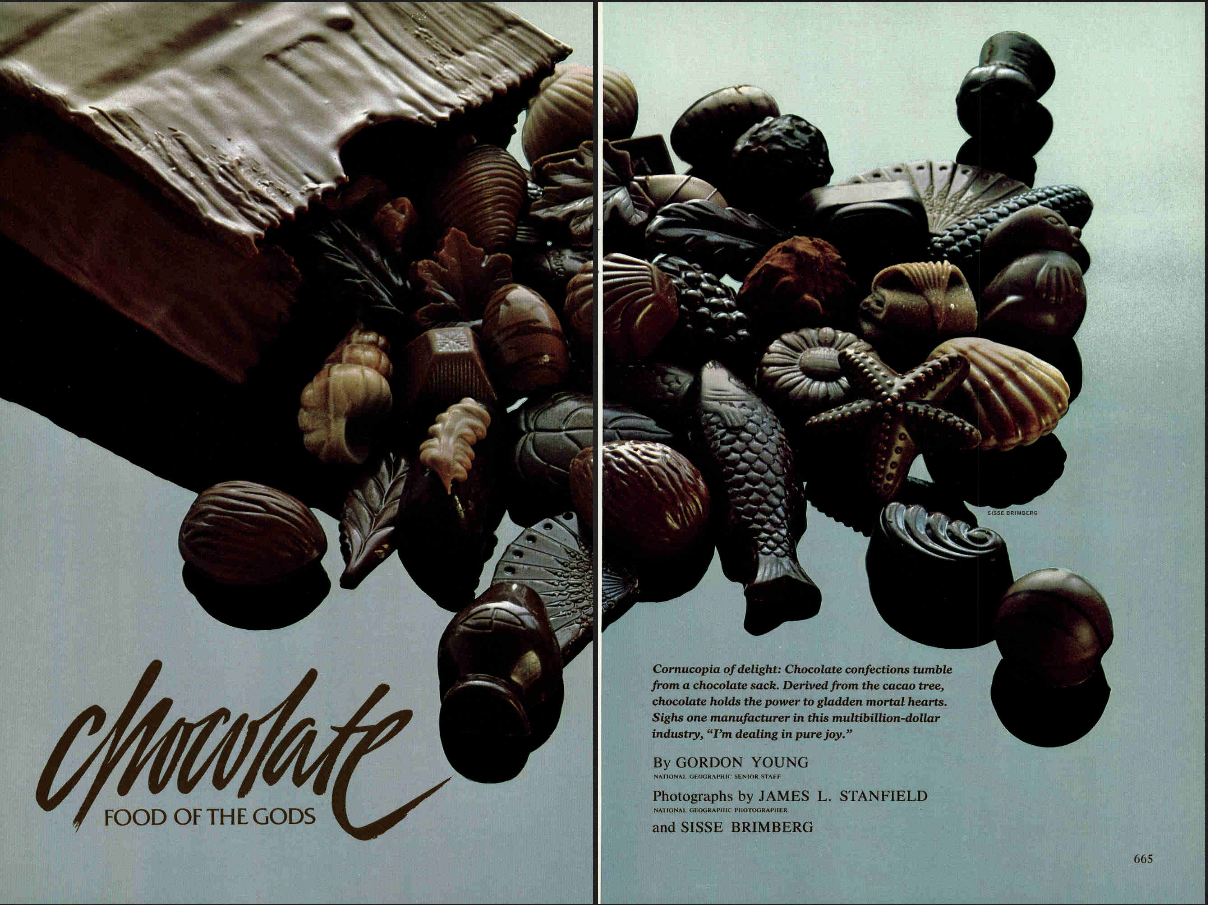 But things are pretty much the same for me today. Even though I am on the verge of stepping into the so called middle-ages, chocolate for me will always be an enduring love.
The journey of chocolate is fascinating.
Columbus in his journeys to the New World virtually ignored chocolate. But a few years later, in the 1520s, Hernán Cortés de Monroy y Pizarro, the Spanish Conquistador found the Aztec Emperor, Moctezuma II, drinking xocolātl, in goblets of gold.
The Aztecs valued chocolate a lot. Aztec rulers also demanded that their tributes or taxes be paid in cacao. Cacao seeds were used as currency, traded at the market and kept locked up. They believed that the god Quetzalcoatl brought the cacao tree to them and Aztecs also used the beans as offerings to the gods. They also are said to have used chocolate to calm those who were about to be sacrificed - human sacrifice was prevalent in Aztec culture.
But the Aztecs learnt these traditions from their preceding civilisations - the Olmecs and the Mayans were known to have consumed cacao a good two-millenia earlier. The Mayans wrote about cacao as “the food of the gods,” they carved the shape of the pods into their stone templates, painted people drinking cacao into their artwork, hired artists to decorate elaborate drinking vessels, placed those vessels in tombs and even used the beans in human sacrifice. They also grew cacao trees, planting them in their household gardens. References to cacao were found in the sacred Mayan book, the Popol Vuh. The Mayans also used cacao for medicinal purposes.
Hernán Cortés carried a few cacao beans back with him to Spain, as a tribute to King Charles V. That brought about a popularity of chocolate in Europe. And very soon, as the English got addicted to the wondrous food, they got into the act and went about setting up cacao plantations in their colonies, notably in West Africa - Ghana, that's where the best cacao comes from today!
As legends of chocolate grew in the West, the Swedish botanist, Carl Linnaeus, who is known for his pioneering work work in taxonomy christened cacao with its biological name - theobroma cacao. Theobrama is Greek for "food of the Gods" - yes indeed it is as magical as food for the Gods....
But the food of Gods has descended today, for lesser mortals like me, it is affordable and available just around the corner today, thanks to the conquistadors and colonisers. Something that I always maintained in previous editions of "I Don't Want Nirvana! I Want Great Food, Always!" is very true - that food travels and evolves with the spread and interplay of human civilisations across continents. Chocolate is living proof of that.
A few years back, we visited an army memorial, the Hall of Fame at Leh in Ladakh. Exhibits of the wars fought in the region were on display. Food specially packed for our brave soldiers in Siachen Glacier were displayed and these included chocolate - it indeed does give an instant burst of energy and vitality. 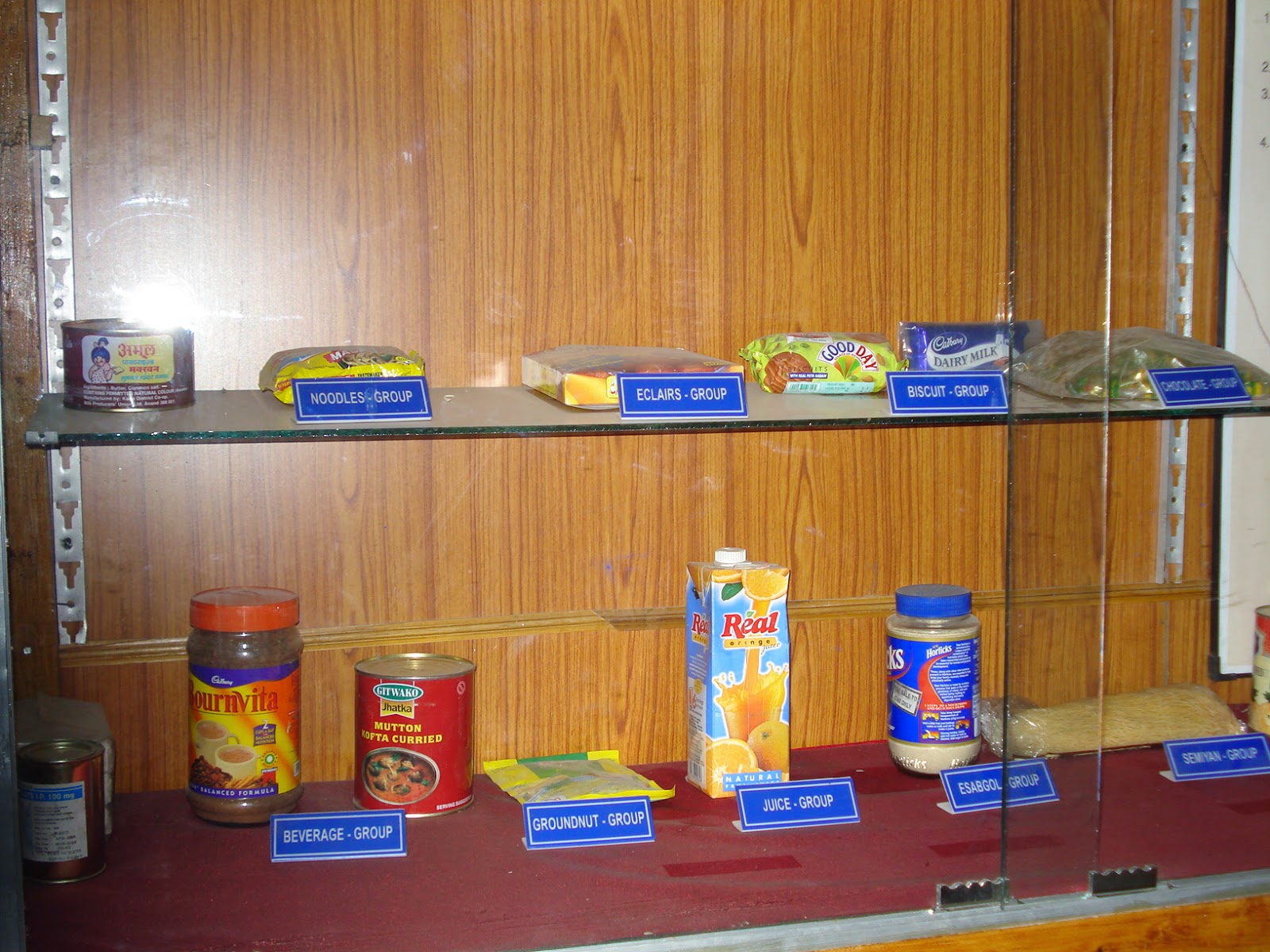 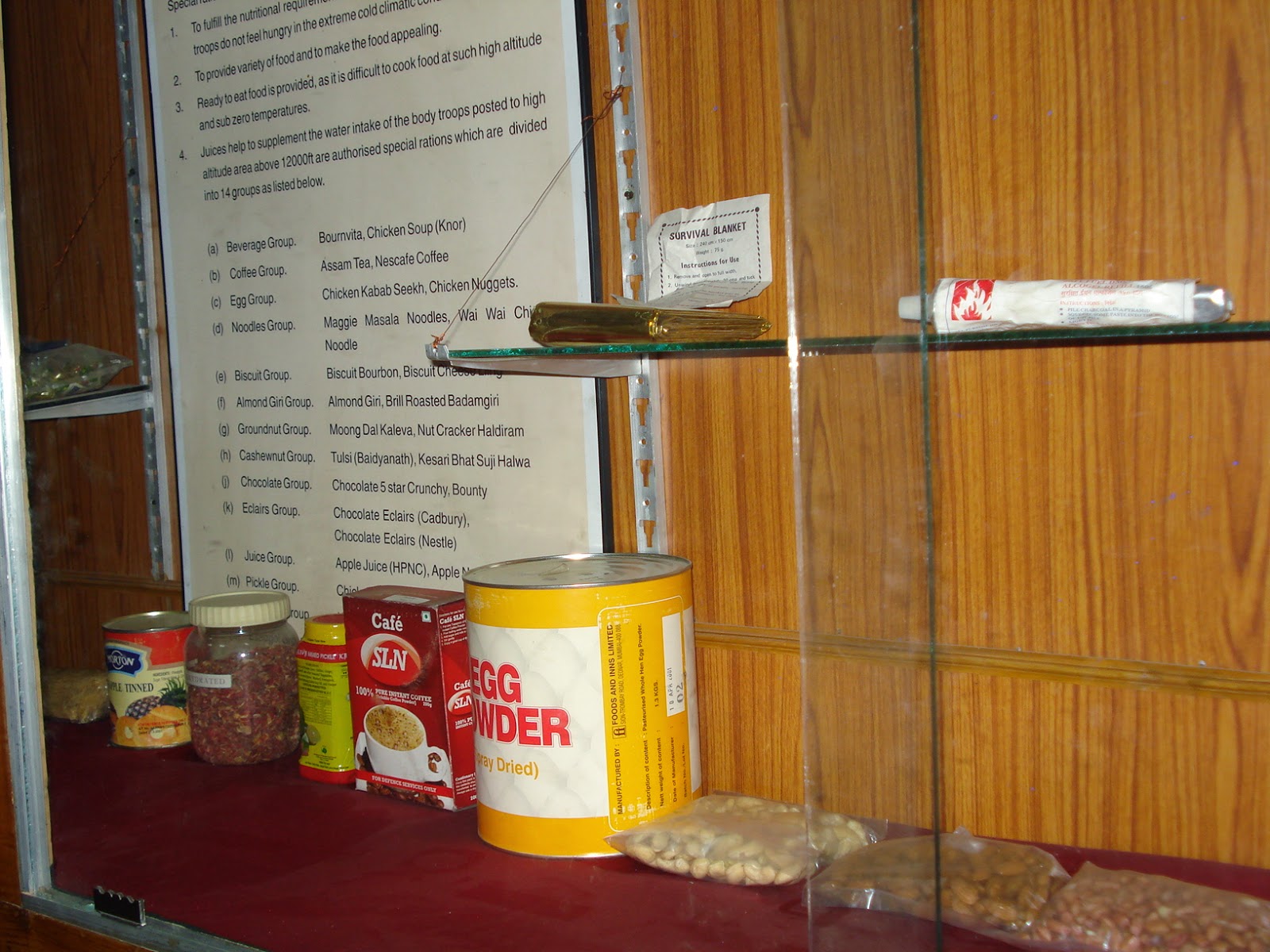 Last year, when Neeti and I visited China, in Beijing, we had Spanish churros for the very first time. Those churros came alongwith hot chocolate. Now this was intriguing - churros were brought to Europe by the Portuguese from the Ming Dynasty China - the Chinese have something similar - you tiao or youzagwei. In the Iberian peninsula, churros met their soul-mate - chocolate from Latin America. From there, this delectable combination came back to China, where, we Indians, enjoyed the delectable dessert in the narrow hutongs!
Food indeed travels!
Health benefits of chocolates are indeed many. Chocolate is packed with healthy chemicals like antioxidants, flavonoids and theobromine. In fact, chocolates have five-times more flavonoids as compared to apples. Dark chocolate is said to reduce the risk of heart diseases. It does reduce stress and activates the pleasure and reward centre of the human brain, bringing about a general feeling of well-being. Besides, chocolate is thought to be a potent aphrodisiac.
So should we be rather saying "A chocolate a day keeps the doctor away!"?
And yesterday, a colleague who returned from a tour of Europe brought with him some chocolates that we all gorged on - these were bite-sized Côte d'Or chocolates from Belgium, the wrappers on the inside had wonderful quotes - Stress would be easier to handle wrapped in a chocolate! How true!
Or this one which is my absolute favourite - Life without chocolate is only half a life! 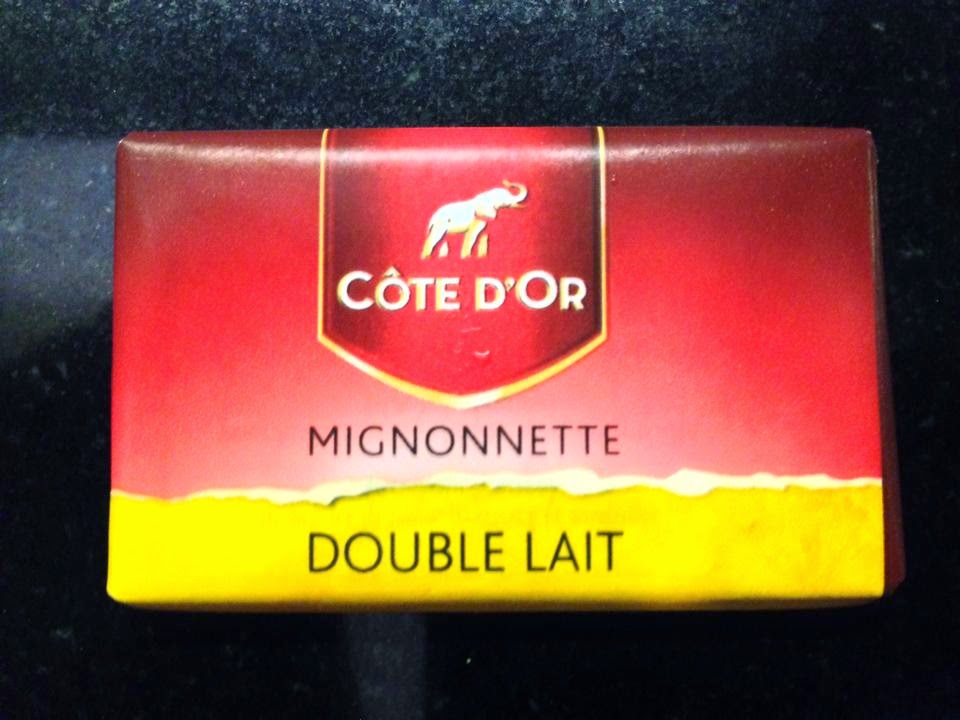 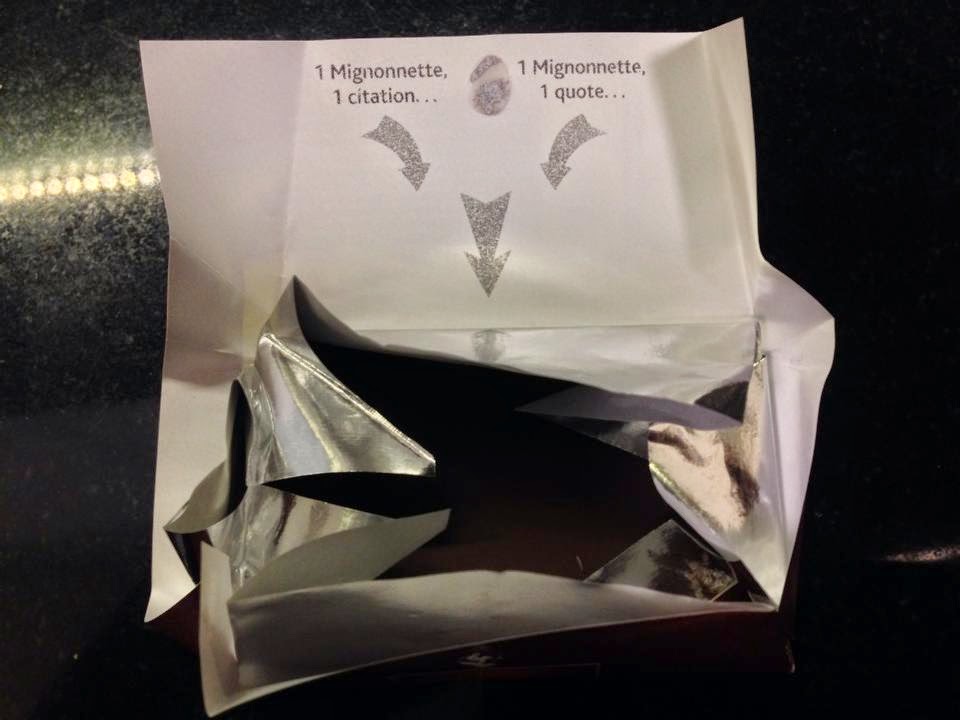 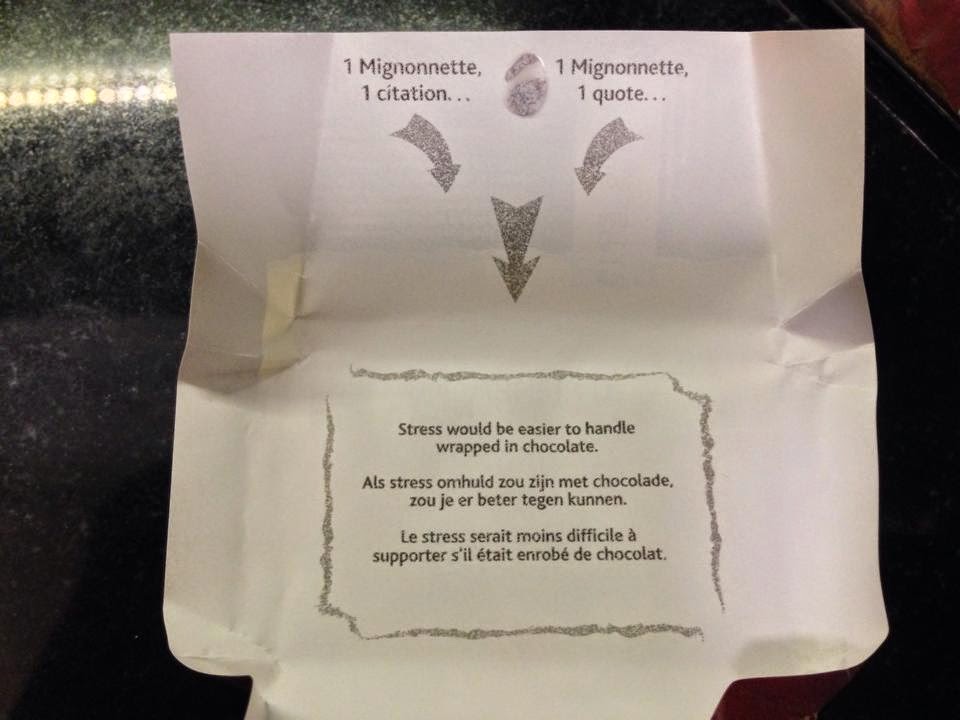 So from the jungles of the New World, the humble cacao has come a long way. But, today, it is indeed difficult to imagine a life without chocolate. I would rather get addicted to chocolate for infinite cycles of birth and rebirth. Who wants Nirvana when there is chocolate? I Don't Want Nirvana! I Want Great  Food, ahem well, Great Xocolātl, Always!
And it's time for me to slip away from Neeti's prying eyes to grab a pack of dark chocolate!
Posted by Rajeev at 4:51 PM