MMRCA Deal -- To Buy Or Not To Buy - Was That Ever The Question? 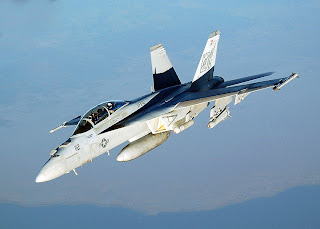 The post-Cold War strategic realignments saw India and the United States move closer. That closeness culminated in a bear hug when the two countries concluded the nuclear deal.
In that context, for most observers, it was a foregone conclusion that the Indian Air Force's order for procuring 126 Medium Multi-Role Combat Aircraft (MMRCA) at an estimated cost of a whopping US$ 9 billion would go to the Americans - either Lockheed Martin's F-16s or Boeing's F/A-18 Super Hornets.
These suspicions were further strengthened when Obama visited India. There was all that talk about creation of jobs in the United States (read: India awarding massive defence contracts to the United States and keeping the assembly lines in the United States moving).
We all suspected that that there was a quid-pro-quo - Obama would back India's bid for permanent membership of the United Nations Security Council in return for creating the jobs that Obama has been talking about ad nauseaum!
But there was a problem, Washington. The F-16s have been in operation since the mid-1970s. The Indian Air Force needed fighters to replace the aging MiGs. But should we be so desperate for a replacement at any cost, that we end up replacing one aging fighter with another one, which is reaching the tail of its design life. The F-16s would not have served the Indian Air Force's strategic unstated objective of staying ahead of the curve vis-a-vis regional powers. Another big factor that went against the F-16s was probably that the Pakistanis have flown the F-16s already for over 20-odd years, they would be ahead of us on the F-16's learning curve, they would know the limitations and flaws of the F-16s already. Should we be naive and play into the Pakistani hands by buying the F-16s?
So why not the F/A-18 Super Hornets then, which are considerably newer machines? Dealing with the United States is not easy. We signed the nuclear deal with the United States nearly 2 years back, but we are no where close to implementing the deal with them. So would the United States actually support India when needed, when faced with a belligerent situation, with critical spares and support? Who would want to bet on that?
That left the Russians and Europeans in the contention for the Indian Air Force's MMRCA.
The Admiral Gorshkov aircraft carrier armtwisting episode has left India seething with anger and extreme distrust of the Russians. Surely there is a big difference between the Soviet regime and the Russian regime of today. Would we want to risk grounding the entire Indian Air Force fleet, if Russia were to armtwist us again? Another deciding factor could have been that the MiG-35s are an incremental improvement on the MiG-29s, which are already operated by the Indian Air Force.
With the Europeans, it is a different matter. Time and again, we have seen that it is much much easier to deal with the Europeans. They surely do move with speed and are far more pragmatic. They do not seem bogged down by strategic millstones around their necks. The French proved that when they concluded the Areva nuclear reactor deal with us.
Putting all strategic eggs in one basket, as far as defence supplies go, is a foolish thing to do in light of our geopolitical and economical interests. Having denied the MMRCA opportunity to the United States does not mean that they do not figure in India's geopolitical radar. So the Indian Air Force would do well with a blended fleet of the Sukhoi 30 MKIs, the LCA and the MMRCA -- the Eurofighter Typhoon or Dassault Rafale.
But as a growing power, we need the strategic lift capability in our region of economic interest as well as a capability to launch a stealth assault.
When it comes to strategic lift capability, no one beats the Americans with the C-17A Globemaster III. Let us remember, the Europeans failed at military freighters, with the Airbus A400M freighter not doing too well - the South African Air Force even cancelled its orders for the A400M. While procurement for the C-17A s gets worked out, the Indian Air Force needs to expedite the induction of the C-130J Super Hercules.
Stealth airpower has come on our northern skies already, with the Chinese having developed and test flying the Chengdu J-20, in January this year (that Robert Gates was in Beijing then was no coincidence!). While India already has an understanding with the Russians for jointly developing a fifth generation fighter - HAL and Sukhoi are to collaborate on it, we should not wait for another twenty years. We can build a stealth capability by giving the Americans a juicy order for the Lockheed Martin F-35 Lightning II. And we will give them jobs too!
To buy or not to buy the American MMRCAs, that was the question, that the Indian Air Force has answered well. Now is the time to sit with the Americans and close orders for freighters and fifth generation fighters!
Posted by Rajeev at 9:38 PM

Good analysis, Rajeev...though some of the obvious may not be as plain as it seems. A lot of thought does go on...but ultimately the user determines the probables...thereafter the political overtones dominate the eventual winner..right now, it already looks quite obvious whom we would like to serenade :-P