Of QEII, Long Serving Rulers & the Lust for Power.... 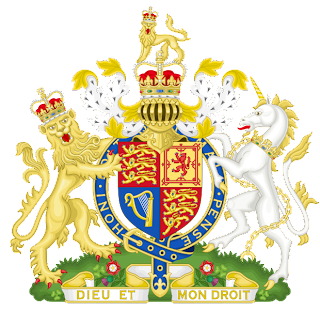 Today, the world witnessed the Royal Wedding - the wedding of Prince William and Catherine Middleton.
India was not to be left behind in that grand show of pomp and regalia. People waited here for the wedding to begin with a certain anxiousness that is normally observed before an emotional cricket match, something like an India-Pakistan World Cup encounter.
Televisions in offices, which are normally reserved for business news channels like CNBC, had BBC on, for a change with people huddled around excitedly waiting for a glimpse of their favourite royal. Those who had critical work that day, logged on to websites streaming the wedding live. And I thought whether I was in British India or an independent India?
I found it odd that an event of this nature would get work to a standstill, especially since the Royal Wedding does not impact India directly or indirectly, by any stretch of imagination.
As people around me experienced the vicarious thrills of seeing the wedding, I could not help but realise that the Queen, Elizabeth II, was nearly 85 years. She has been wearing the Kohinoor on her Crown for over 56 years now.
It is also a fact that she had refused to abdicate when the British Royalty faced a existential crisis prior to and after Lady Diana's tragic death. And she continues to hold on to her Crown and throne, despite her heir, Crown Prince Charles, crossing in to the 60s, well past the normal retirement age in most countries.
Modern royalty does have examples of monarchs stepping down in favour of younger and more dynamic princes and princesses. Wikipedia lists down monarchs of Netherlands, Luxembourg, Cambodia, Bhutan and Liechtenstein who have actually stepped down, in the recent past. The same source even says abdication is considered normal and even expected in the Netherlands.
But the Queen still sticks on to her throne stubbornly it seems! Long live the Queen!
Now the Queen's 56 years on the throne beats the likes of Muammar al-Gaddafi, of Libya, who ruled for 41 years, Ali Abdullah Saleh, of Yemen, who has ruled for over 30 years, Fidel Castro of Cuba, who ruled for nearly 49 years or even Robert Mugabe who still clings on to his position with brute force after 31 years of virtual dictatorship.
Would the Queen be proud to be a part of this dubious club? I doubt that.
But then it is power, which is the elixir of life for many of these people. They live, eat, drink and sleep on power, they thrive on power, power flows through their veins, makes their heart beat.
We have seen that in India as well, with the ever increasing number of geriatric politicians who desperately cling on power despite being old, paralysed and being hardly in control of their senses - prime examples were or are the likes of Arjun Singh, N.D. Tiwari, Sitaram Kesari, Sharad Pawar, Karunanidhi, etc.
Now the question I have is if these people are not in control of their faculties, do they have the right or the capability to govern a nation of over 1.2 billion? Now, assume for a moment that I am wrong and that these are indeed capable individuals, they why does the Indian government have a retirement age of 58 or 60 for its personnel? Would these geriatric politicians ever get recruited into an Indian government job, if they were not politicians?
The bottomline is that rules are for the ruled and are not for the rulers, who rule, virtually rule-free.
It takes strength of character to nurture the next line of leadership and give up one's position for new blood well in time. The Dalai Lama and Nelson Mandela have shown the way on this. The world will continue to respect them for this. That's why I respect them the most.
I wonder what has shaped their character? Was it the 27 years in jail for the Madiba or an exile for the spiritual leader that shaped their respective characters?
But then not every leader or a statesman is a Dalai Lama or a Nelson Mandela.... that's the sad part!
Posted by Rajeev at 8:33 PM

It seems QEII is hell bent to create a record for the Guiness Book for generations to remember. It is very correct that the ruling class of politicians in our country and elsewhere stick to power with no intention to relinquish until forced to. That is sad part of it. Dalai Lama, Nelson Mandela and Julius Nayerere of Tanzania voluntarily handed over the power Set very good examples and a very graceful exit, raising their stature in the world. We do salute them. Our leaders need to learn a few lessons for the good of all.