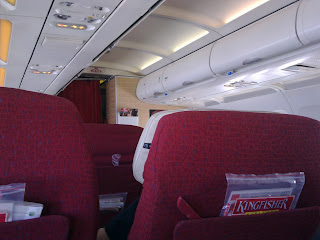 The seats were comfortable and reclinable. 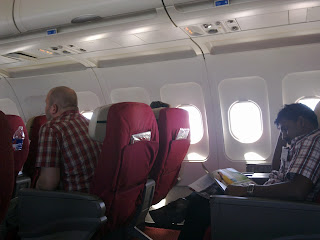 The British couple ahead of us were tourists travelling to Kerala. Since they had a British Airways codeshare tickets, they were served breakfast. That pissed off the rest of the passengers. Apartheid, Kingfisher style! 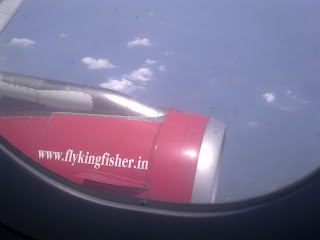 The red Kingfisher nacelles looked impressive as we began our descent into Trivandrum! 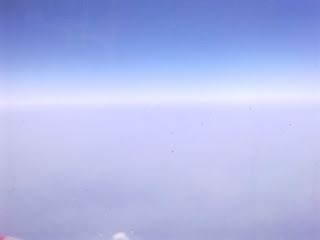 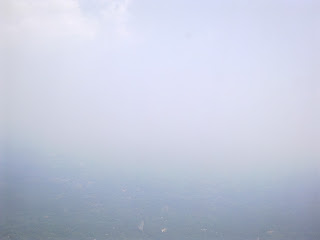 There was a big of a haze that day, but normally the approach to Trivandrum is breathtaking! 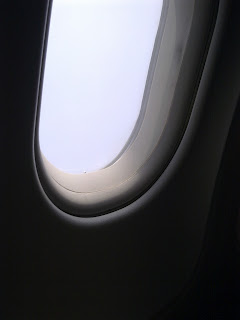 "A window of hope!" - that would be an apt caption for this photograph! 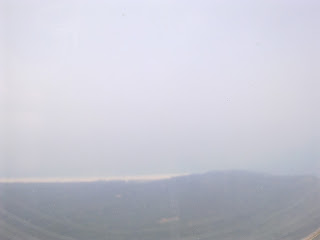 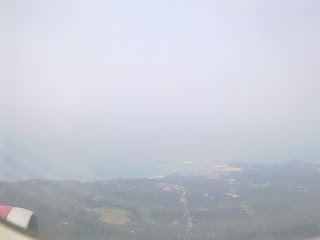 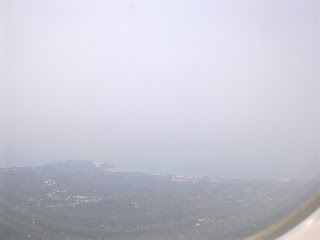 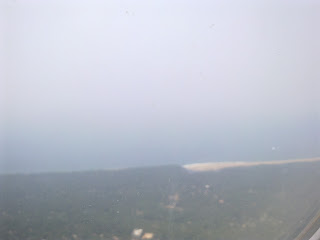 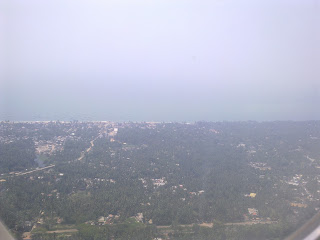 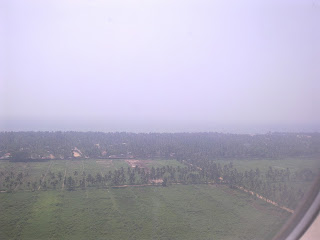 That's what makes Kerala God's Own Country - the greenery here is breathtaking! 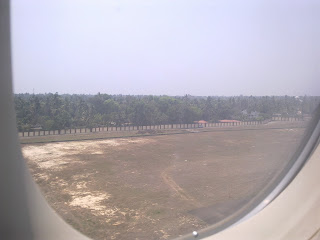 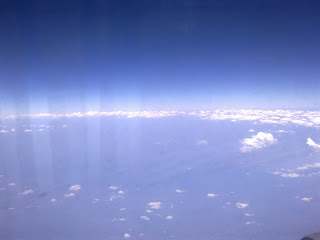 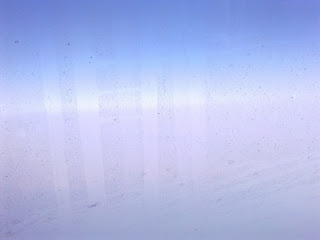 The next day when I departed from Trivandrum, it was a very bright day! The sky was brilliantly blue. But take-offs are usually not that great for photography. 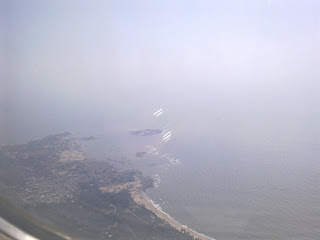 And back over Versova, Mumbai lining up for approach on Runway 14-32!
Posted by Rajeev at 11:57 PM

Nice narration and beautiful shots. BTW, link all the previous parts. It's hard to trace the earlier parts without it.