Even though I have largely been a tea-drinker for the last 15-odd years, I do occasionally enjoy a cup of very strong coffee with a hint of cream and just about a pinch of demerara sugar.
Coffee for me has this amazing ability to "wake me up", to heighten my sensory faculties, to leave behind that amazing bitter after-taste in my mouth that keeps me "high" for a few hours. And the aroma of coffee is  nothing but simply magical.
Coorg was the place where I discovered the best coffee. I cannot forget that day in January 2011, sitting in the veranda of that 100-year old colonial plantation bungalow and sipping on an amazingly aromatic thick black coffee liquor. It was a lazy day, bright and sunny with a rather cool breeze blowing. All around were sounds of silence, green plantations and the aroma of freshly brewed coffee wafting in the air. 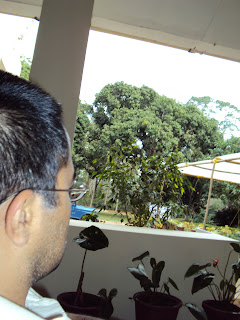 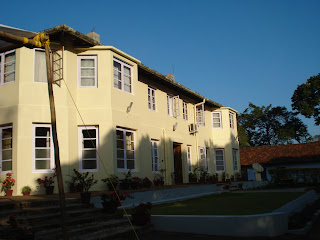 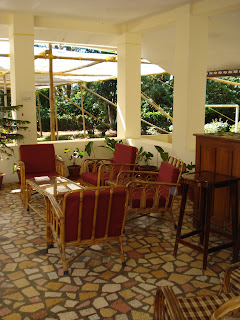 That was sheer bliss for me!
More recently, Bru introduced premium world coffees in the market, Bru Exotica - coffees from the Killimanjaro, Brazil and Colombia. I could not resist picking up a bottle of Killimanjaro coffee despite its steep price of Rs. 300 a bottle, simply because this coffee supposedly came very close from my motherland, Uganda.
Talking of Ugandan coffee, which has been very prized for long, during Idi Amin's reign of terror, the economy had collapsed and the Shilling crashed alongwith the onset of spiraling inflation. In those trying times, coffee was the unofficial currency for Ugandans in the countryside. The resilient Ugandans used to risk their lives carrying coffee in their canoes all across Lake Victoria to Tanzania or Kenya for some money that was worth more than wads of Ugandan Shillings. (My Dad has lucidly described the resilience of Ugandans in his blogs). That's how they survived. Today, however, Uganda has regained its prestige in the world of coffee, but climate change does threaten it.
One coffee that I would really love to try is the one from ancient land of Ethiopia. The Ethiopian civilization is quite old. It predates Christ and goes way back to age of Solomon the Great, who supposedly was madly in love with an Ethiopian queen, the Queen of Sheba. (Indeed, Ethiopian women are really pretty - ask me, I recently saw the flight crew of Ethiopian Airlines in Mumbai - they were all lissome and sharp featured!)
Legend has it that Ethiopia has been the cradle of coffee. A sheep herder once saw his flock chewing on some berries and getting high. Those berries, with time, came to be known as coffee berries!
In 1981, our family did pass by Addis Ababa for a few days. I was 5 then - too young to have coffee. But today, I am a big boy(!) and I would love to go back to Ethiopia, smell and drink Ethiopian coffee and also visit the great heritage of this ancient civilisation - rock carved churches at Lalibela, monasteries at Axum that are believed to house the legendary Ark of the Covenant and tablets of the Ten Commandments, the Blue Nile monasteries of Bahir Dar, castles of Gondar and the grand Rift Valley! Ethiopia also has a rich culinary heritage - injera (much like our Indian dosa), fit-fit, wat and many other delights!
It isn't hard to understand why they say "Smell the Coffee". But for me, smelling the coffee right in the morning is a big NO. I would rather wake up saying to myself something I adapted from a dialogue from one of favourite films, Jerry Macguire - "I have rolled with the punches, but today is another day!"
That does keep me going, till about afternoon, when I sometimes indulge in literally smelling the coffee!
Posted by Rajeev at 8:40 PM

interesting...I am in process of trying to perfect the art of making filter coffee for the coffee lover husband!!!

love to visit coorg myself some day :)