Coimbatore or CJB was my point of call for a day in the mid of July. I took an IndiGo mid-morning flight - it was an Airbus A320. We took off amidst rain, but I was in snooze by then - sad I missed taking photos.
When I woke up, the cabin was bright, we were at cruising altitude. There was a thick cloud layer beneath us. But the sky above us and on the horizon was a bright blue. As always, the enchanting blues outside enthralled me. Only if I could the moment forever and always be in the midst of that bright blue sky! 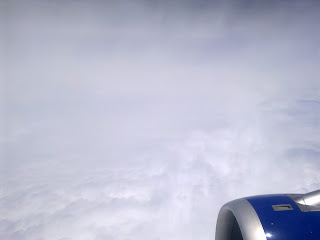 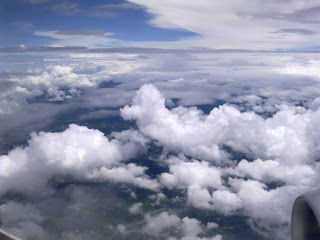 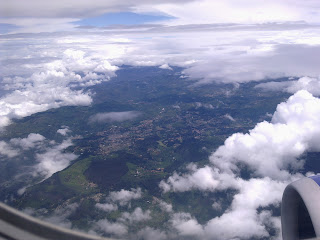 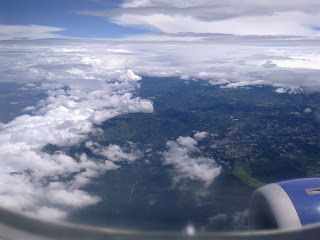 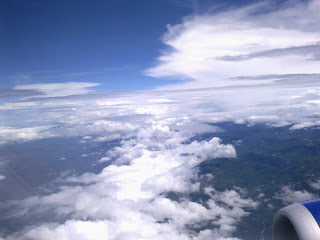 The approach to CJB is wonderful. That part of India is pristine - dense forests teeming with biodiversity - wildlife and plantlife. We overflew the lush green hills of Conoor and Ooty to touch down down at Coimbatore. 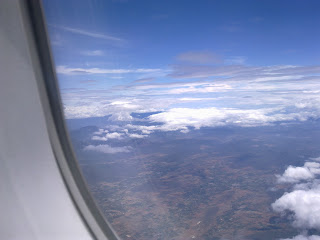 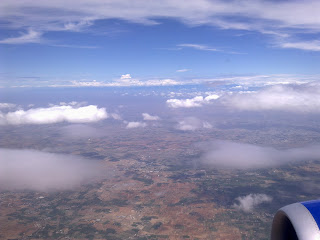 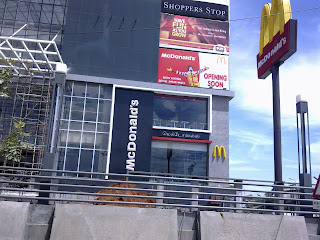 As I headed from the airport towards the city, signs of a real estate boom were everywhere. I passed by a shopping mall which had just been completed. And a McDonald's was opening here.
Oh no! Not here! This is the heartland of great spicy South Indian cuisine.
And surely I had my priorities right - after a few meetings I headed straight to the most well known Sree Annapoorna Sree Gowrishankar, which claims to be "The Pride of Coimbatore"! 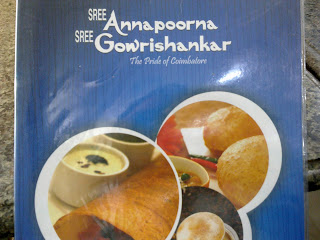 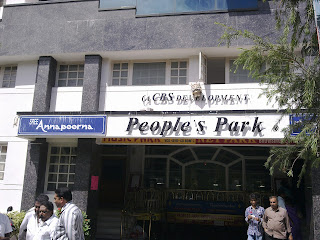 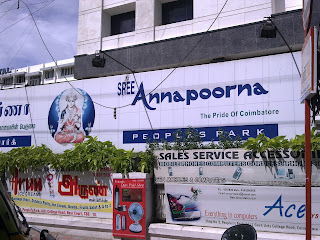 The People's Park branch of Sree Annapoorna Sree Gowrishankar on Arts College Road had its walls adorned with portraits of our freedom fighters. 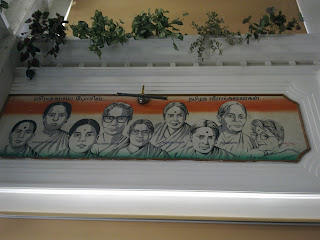 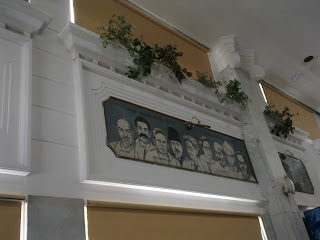 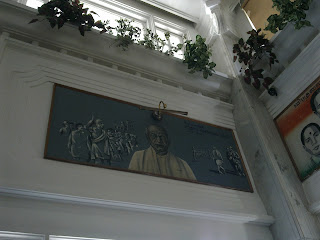 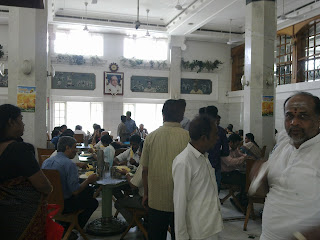 I was busy clicking away photographs and this lad found that a bit too amusing and could not help but smile. But soon it was time for him to dig into his thaali! 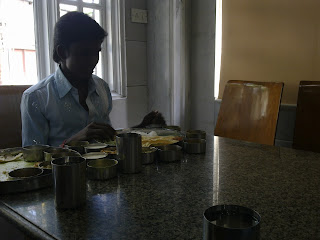 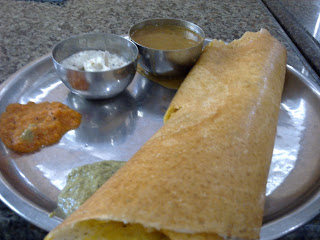 My masala dosa was awesome - steaming hot, light and flaky. The accompaniments were a spicy sambhar and three amazing chutneys - it all bordered on awesomeness!
A cup of hot and strong filter coffee had to follow! I had no space for any more when I saw the sweet counter. I had to literally pull myself away from this counter. 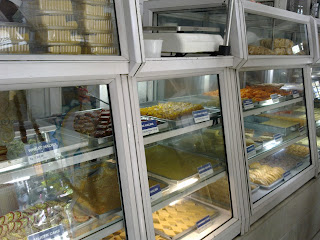 My next stop was Race Course Road - an leafy tree lined avenue with a certain laid back attitude that is hard to imagine in a metro. 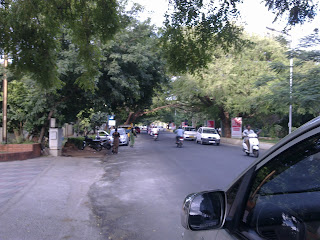 And in the evening, it was time to get back home, but not before picking up a box of Mysore Pak at Sri Krishna Sweets' outlet at Coimbatore Airport!
Posted by Rajeev at 6:52 AM

I guess you must have enjoyed the trip a lot. The masala Dosa looks so tempting too! After reading your blog, it looks like CJB has indeed become part of the Global Village, so you find along with the masala dosa, Macdonald's Burgers! India is undergoing a major transformation where globalisation is playing a key role, what with global brands making themselves present along with our ethnicity! One day, masala dosa will surely be served in Macdonald's outlets!