Continuing on in the Singapura: 700 Years exhibition, I moved on to the section on the colonial age and the advent of the British administration in the region. 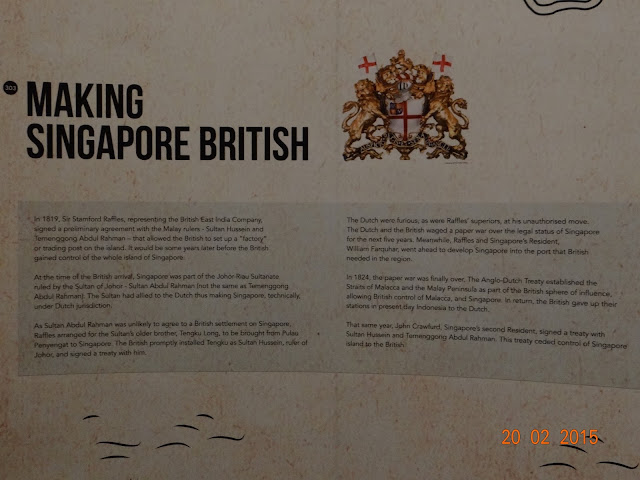 Making Singapore British - Singapore was the political chessboard, the game was played out between the Malay Sultans, the British and the Dutch in the 1800s!﻿ 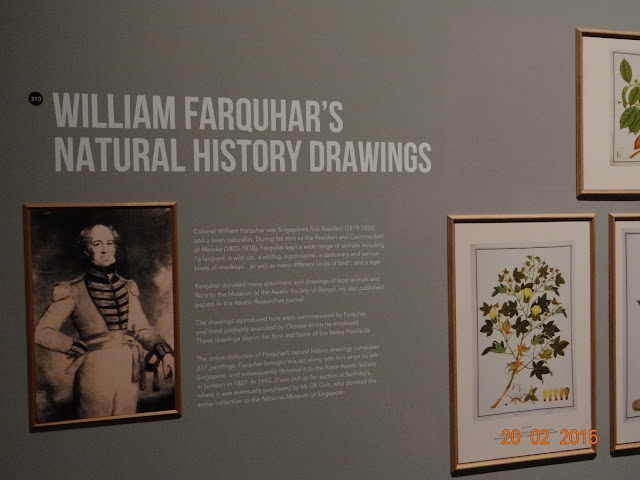 The contributions of British administrators like William Farquhar cannot be understated...﻿
﻿ 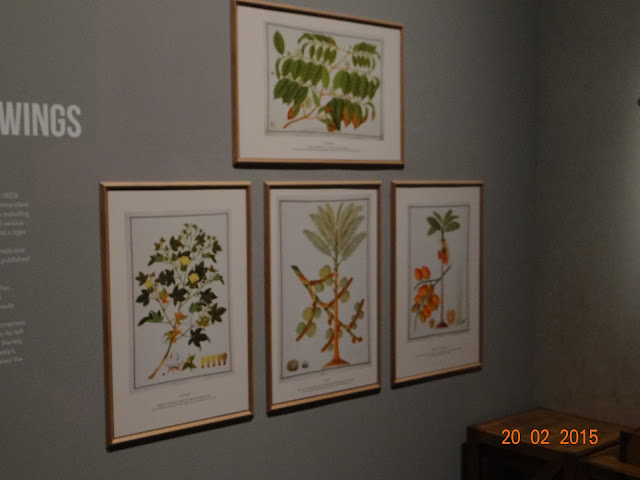 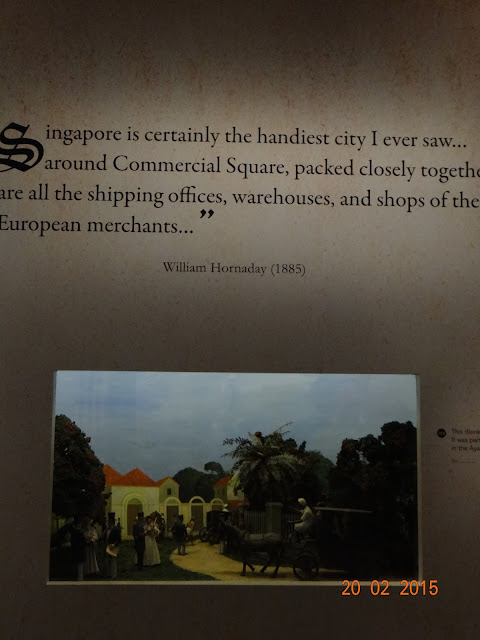 It still is quite a neat city... William Hornaday had also said “a big desk, full of drawers and pigeon holes, where everything has its place and can always be found.” The description the American zoologist still holds true! 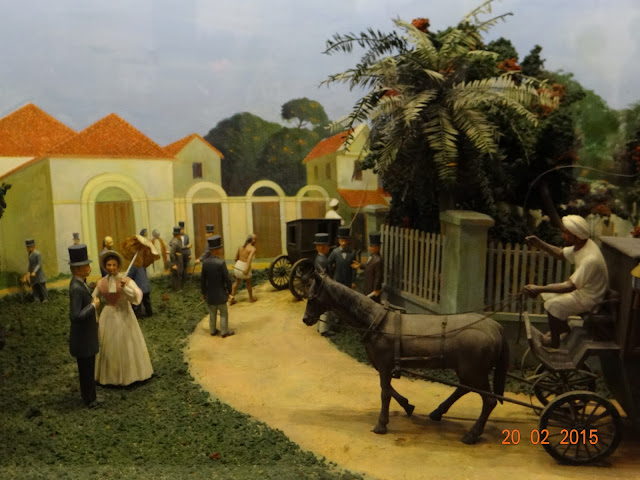 A street scene from the 1800s...Notice the cart is being piloted by a turbaned guy, probably an Indian... 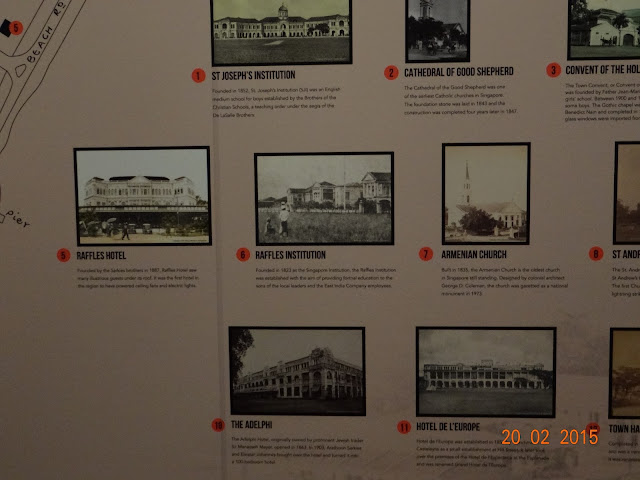 I can proudly claim to have visited of these colonial buildings, here in Singapore, during my last trip in August 2014!﻿ 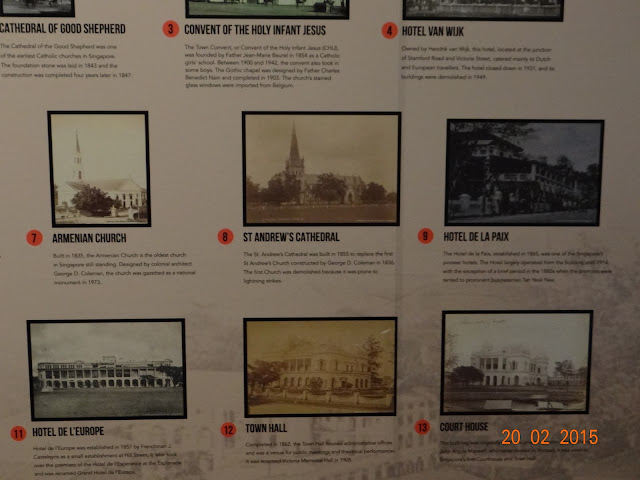 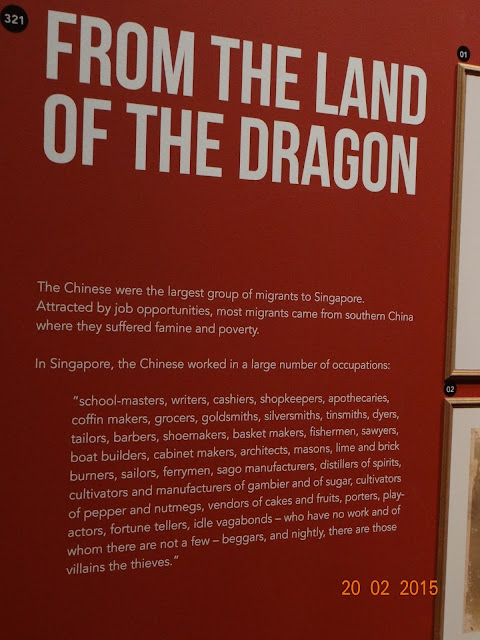 Who would have realised then that the hard labour of the Chinese immigrants would yield such rich pickings... 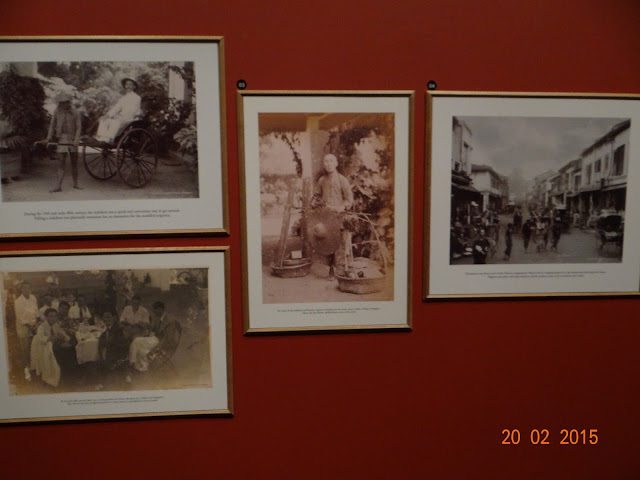 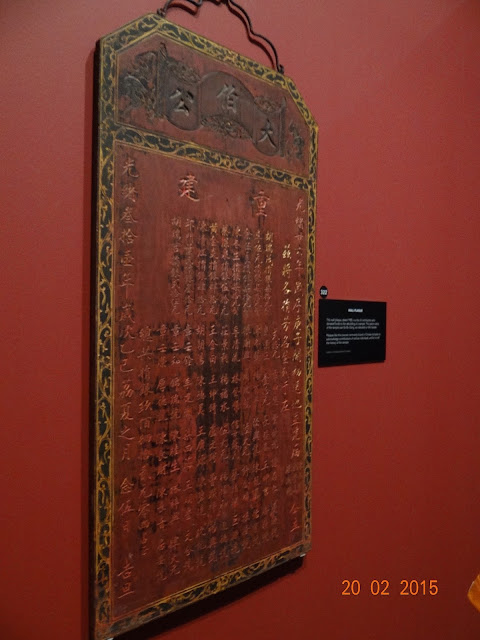 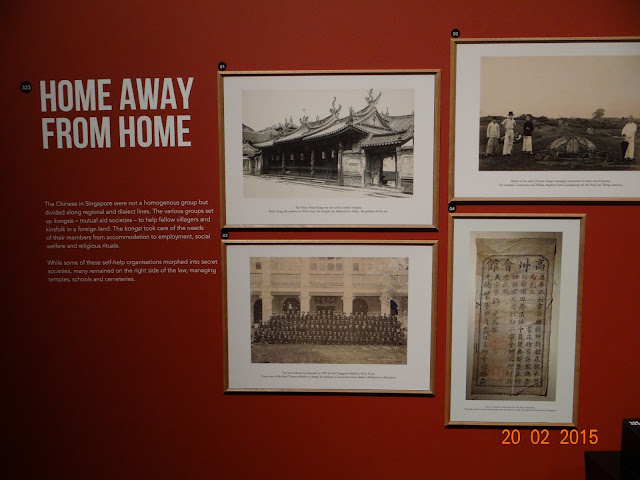 The poor immigrants made Singapore their home, not only for themselves but also for their succeeding generations!﻿ 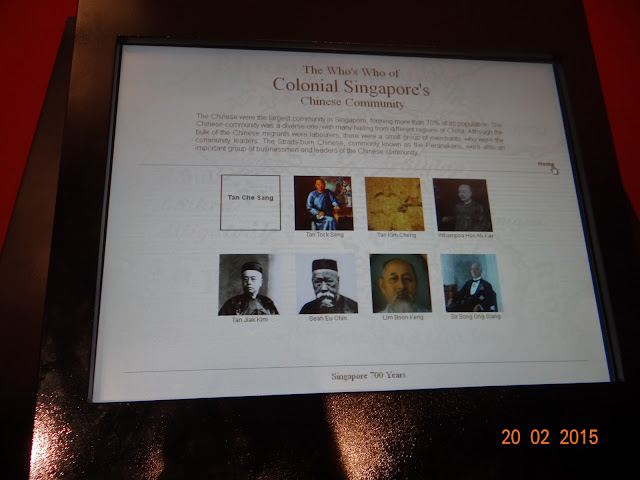 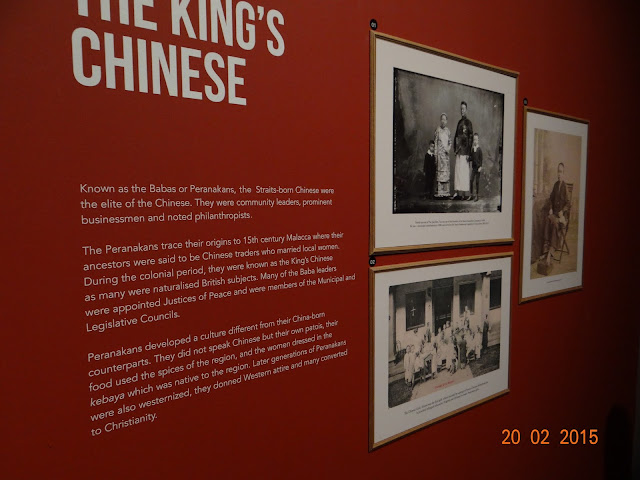 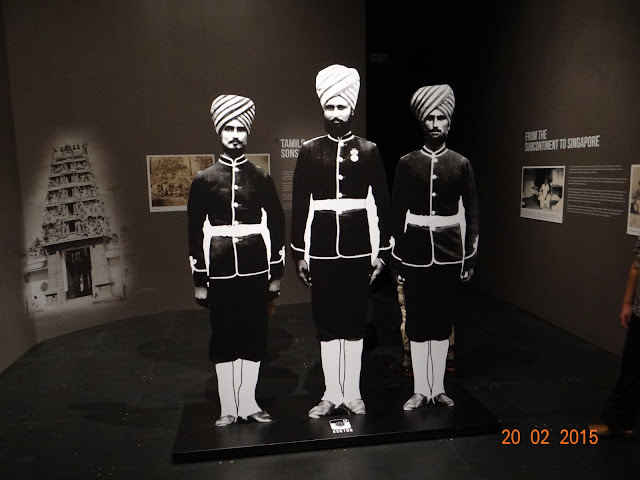 Indians - Tamils (the Chettiar community) and Sikhs were brought in by the British as bankers and soldiers respectively...
The Sikh soldiers were very highly regarded for their discipline and orderliness in the early Colonial period!﻿ 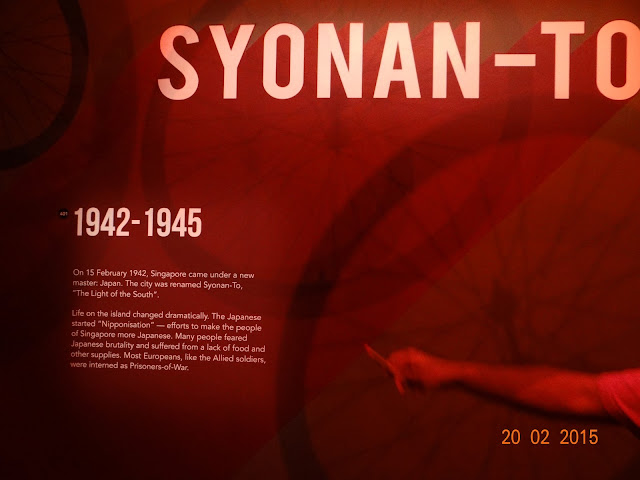 Syonan-To - the renaming of Singapore under Japanese occupation represented the Nipponisation of the island during the Second World War!
For me, the charcoal sketch - Two Malarias And A Cholera is an enduring image of that dark era...﻿ 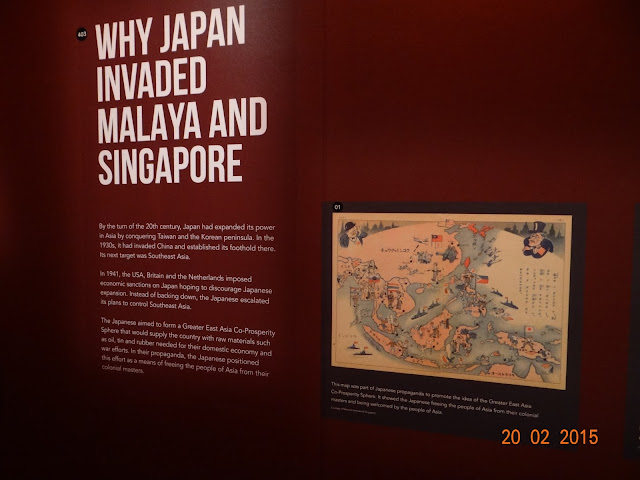 It was all a race for natural resources - tin and rubber from the Malay peninsula...﻿ 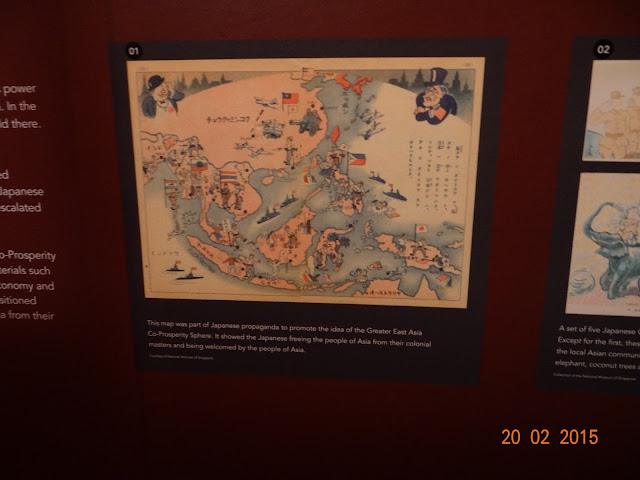 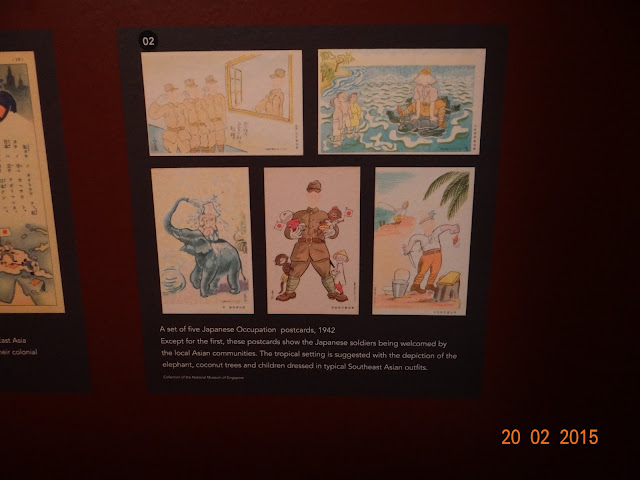 Japanese postcards from that era!﻿ 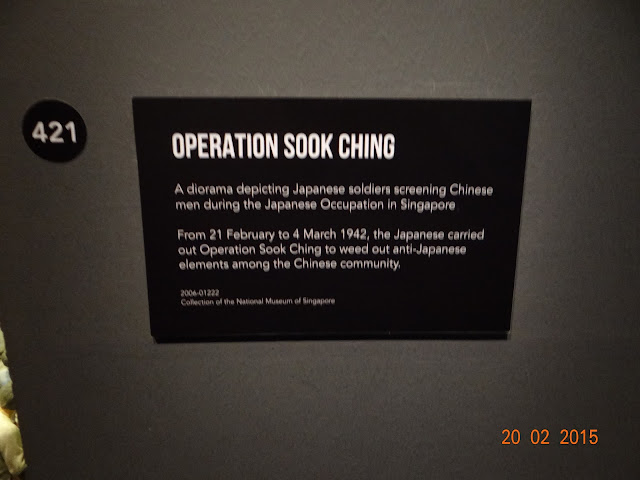 This display of the Sook Ching massacre reminded me of my visit to the Changi Museum last year...
This purge in a sense is similar to what we had seen in Afghanistan and the Levant recently... ﻿ 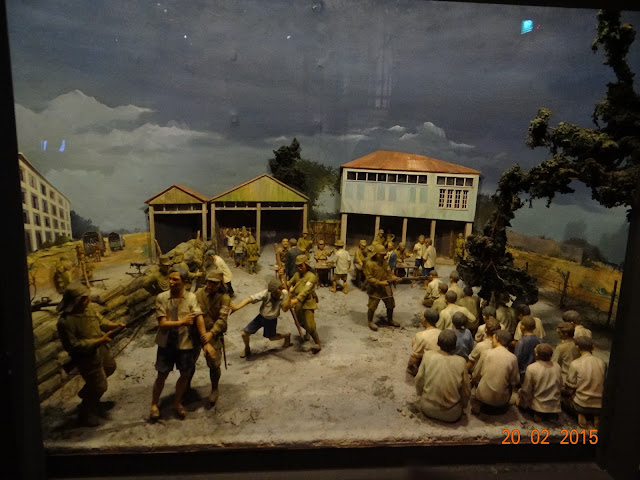 Sook Ching purge in progress... a chilling reminder of a painful past!﻿ 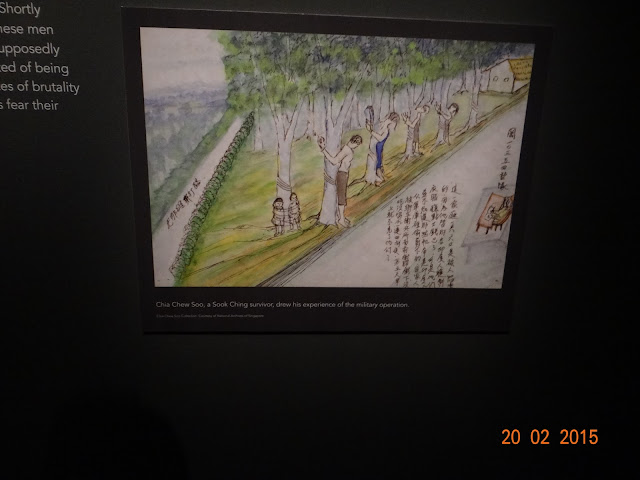 Tied to trees to be shot - Sook Ching massacres were conducted to eliminate ethnic Chinese who were thought to be British sympathisers... 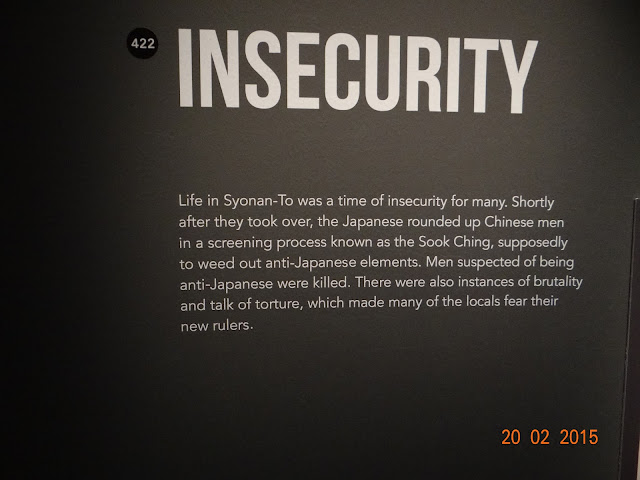 But life goes on, a cycle of destruction followed by creation... And Singapore is a great example of this cycle!
﻿
Posted by Rajeev at 11:37 PM