Caught In A Timewarp?

So far this break in Taiwan has been extremely enjoyable. The people here have been very friendly and Taipei is indeed quite an inviting destination with oodles of character, that many other cities lack, especially places like Shanghai and Singapore.
Taipei is a city where the old thrives with the new and that is evident wherever you travel. For instance close to the ultra modern Taipei 101, there are old structures, unlike the gleaming glass and steel structures of Pudong in Shanghai. The old hasn't really given way, it rather thrives together with the new.
I had this impression for a few years now that Taiwan was pretty sophisticated. And that is with good reason. When the communists overran the Mainland, the intelligentsia and the upper crust of Chinese society fled to Taiwan, carrying their values and their wealth with them. And that was instrumental in Taiwan's development and emergence as a technological and economic powerhouse well before the rise of the Asian Tigers (ASEAN).
But in other ways I felt Taiwan got caught up in a timewarp. It remained wedded to the values of the bygone century that may have little significance or relevance  in the emerging world order.
Earlier this morning when we landed at Taipei's Taoyuan International Airport, we were picked up by our AirBnB host who was quite hesitant to speak to Neeti and maintain eye contact with her. When we got out of the terminal, Neeti and I split up to search for our host. Neeti was the first to spot the host, who refused to believe that she was his guest, until I came in. She felt, what the heck, can't a woman be a guest?
This kind of attitude was visible everywhere - on the Taipei Metro, in shops and malls. Somehow it appeared that the Taiwanese did not see women as equal partners. They find it hard accepting women as equal partners.
Just across the Straits, in mainland China such attitudes are unthinkable of, today. In fact Chairman Mao can be given immense credit for one thing - upliftment of women. He had once famously said that "women hold up half the sky!"
Today, women in mainland China are in fact quite well respected and are preferred in the workforce.
The second stark difference that I noticed was in the script. After the communists overran the mainland, they went about "reforming" the cultural mindset of people. That involved the simplification of the traditional Chinese pictographic script. In the 1950's and 60's, the communist government evolved a simplified Chinese script in an effort to modernise the nation. But Taiwan continues to cling on to the old, complicated pictographic script, a reminder of the old times. 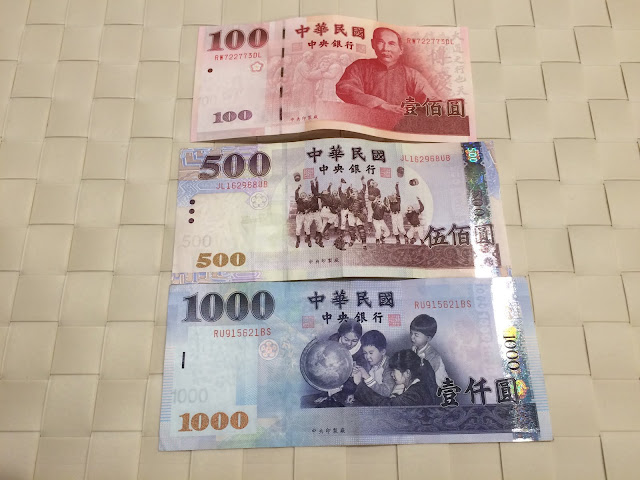 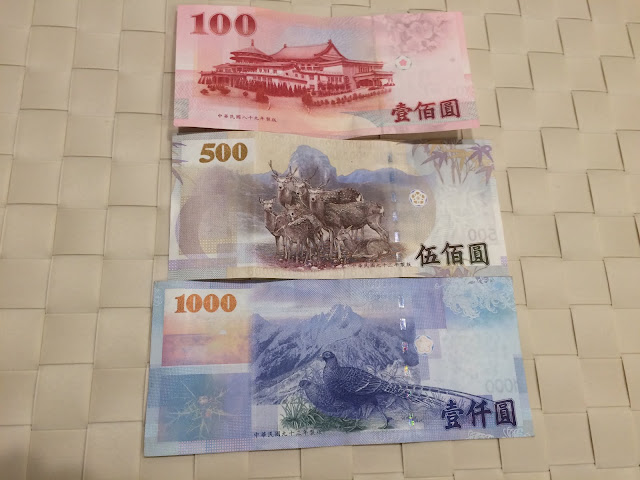 While Taiwan did well for itself, it became an economic and technological power house, China on the other hand was an unruly mess in 1949, when the Communists took over. The heavy hand is what forced the Chinese to change, and the rest is history!
But for Taiwan, despite all its success, one issue dominates local politics - reunification. And that's a legacy that was left behind by Chiang Kai-Shek, the father figure of Taiwan, who is all over the currency notes - the 100 New Taiwan Dollar (NTD) bank notes. Frankly, the two estranged nations have moved on separate paths, the people do not appreciate the Mainland, as our guide in the morning, Jimmy, had told us in a free-wheeling discussion on cross-strait relations. But talking of Taiwanese independence is strictly non-kosher!
In that sense, Taiwan still clings on to the past, it seems to be caught in a timewarp....