If there's one feature that makes Taiwan stand out for intrepid travelers, it would be night markets that are peppered across Taiwanese cities - Taipei, Kaohsiung, Taichung, Chiayi and others.
Most night markets in Taiwan started as stalls in street corners or in temple plazas that sold food, handicrafts and traditional medicine. The stalls catered mainly to migrant workers. Over time, the night markets became the hubs of frenetic activity at night, attracting city dwellers as well, while diversifying beyond traditional Chinese products. And certain snacks became synonymous with night markets like the oyster omelette, which has emerged as the signature dish of Taiwan! 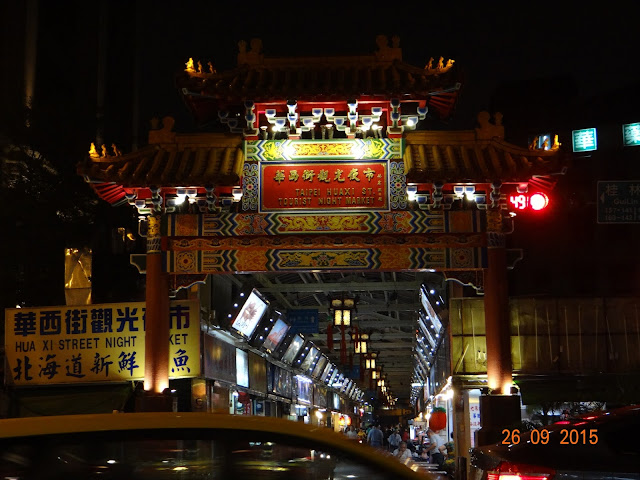 After a rather hearty meal at Tang Kung Mongolian Bar-B-Q, we set out to explore the very unique and traditional Huaxi Street Tourist Night Market (also known as the Snake Alley), which has escaped the wave of modernisation that has swept most night markets across Taiwan, and has kept the old world charm alive.
Traditional Chinese gates, with red traditional lanterns welcomed us as we rushed for cover from intense rain that started pouring. 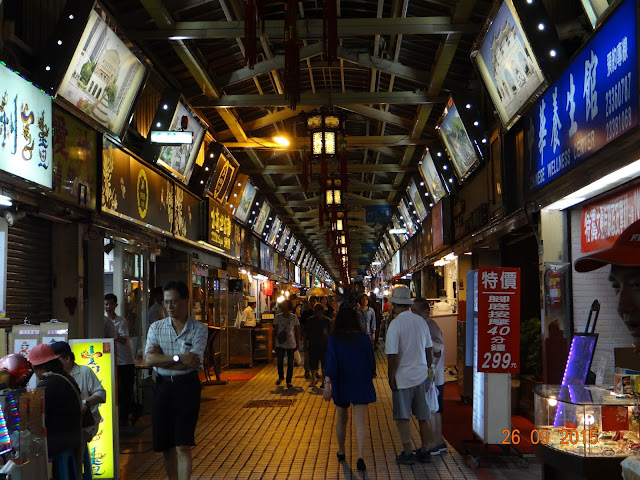 Shops were lined up around the central aisle. most of these were traditional massage outlets, barber salons, traditional medicine shops and restaurants serving traditional Taiwanese dishes and snacks. Some of these are regarded as exotic delicacies (but could be blood curdling and gut wrenching for many)! 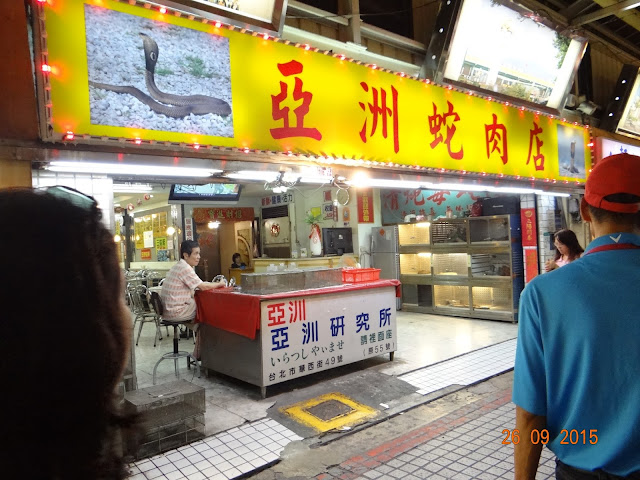 Now sample this - you could savor snake blood and meat, turtle blood and meat and deer penis wine, things that are considered stereotypically Chinese medicines and aphrodisiacs. And this gave the market its nickname "Snake Alley"! 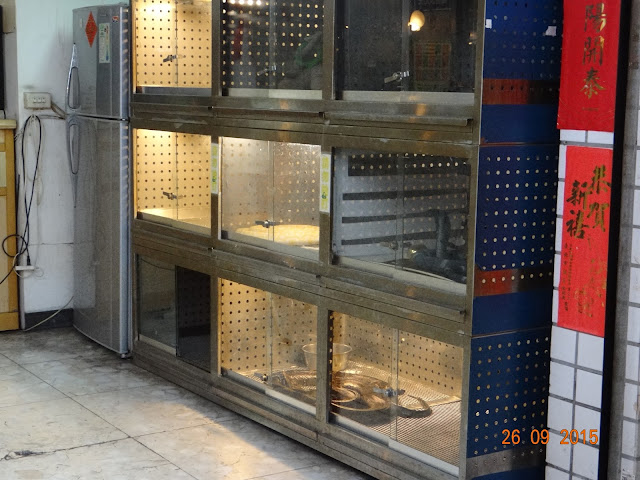 There are specially licensed shops to handle snakes over here...
And while photography is not permitted inside, I stood in the central walkway and maxed out the zoom, to capture the serpents, as they devoured the mice that were handed out to them for their dinner tonight! 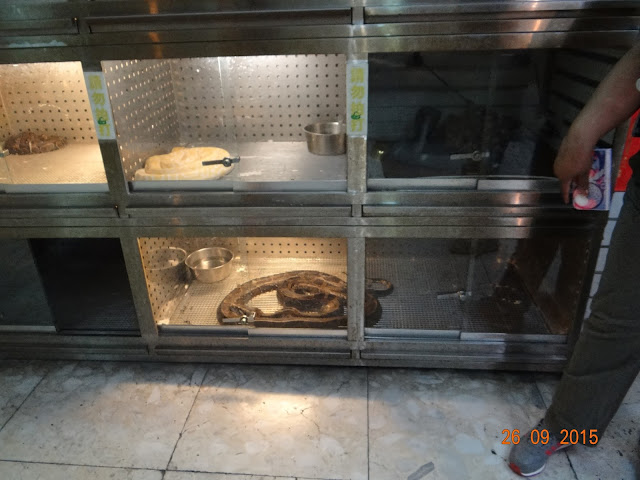 And these serpents would end up in someone's tummy soon... 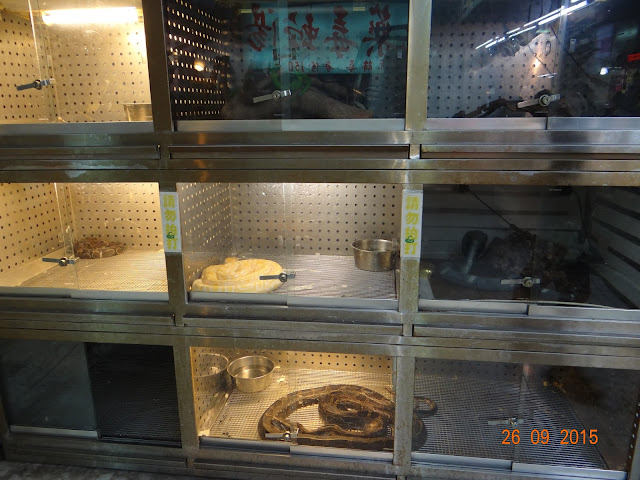 But the sight of these legless, slithery, fanged beasts gave an eeky feeling to many in our group, who made a dash for the exit!