Despite reaching Taipei city awfully late, we were up early at 6.30 AM to get ready for our tour around Taipei city. At 8 AM, we reached Nanjing East Road, a short 7-minute walk from our AirBnB apartment, where our guide Jimmy was waiting to show us around.
From Nanjing East Road, we proceeded to the famous Xiahai Chenghuang Temple, which is located on Dihua Street, in Taipei's Datong District. 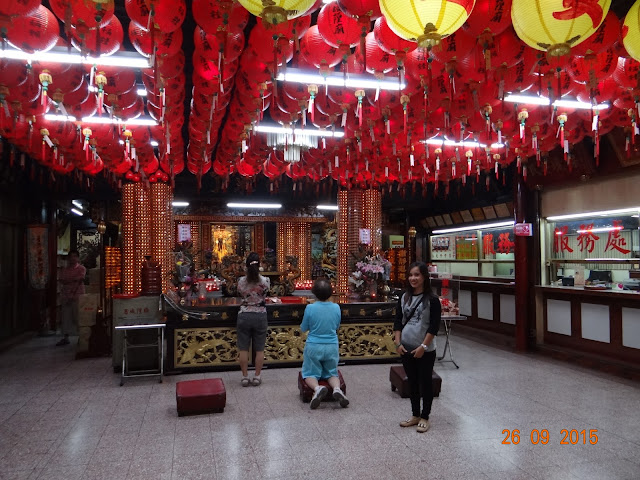 The temple is fairly small and is one of the most famous Taoist temples in Taipei. The temple is devoted to Chenghuang, or the Town God. In Chinese mythology, town gods are deities who watch over the population and guard town and cities, eradicate evil and make life in the town a happy and prosperous one. 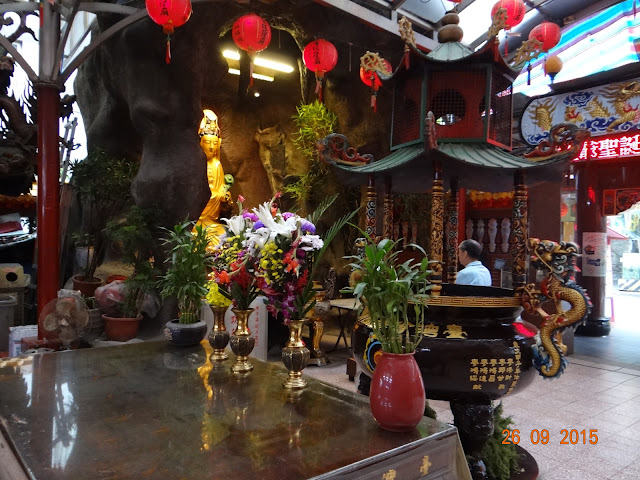 This temple dates back to the year 1821, when settlers from Tongan district of Fujian Province, established base in Taipei's Wanhua District. A merchant amongst the settlers, Chen Jinrong, established a shrine devoted to Xiahai Chenghuang, an underworld deity worshipped by Tongans and placed a statue of the God he had brought with him from the mainland. 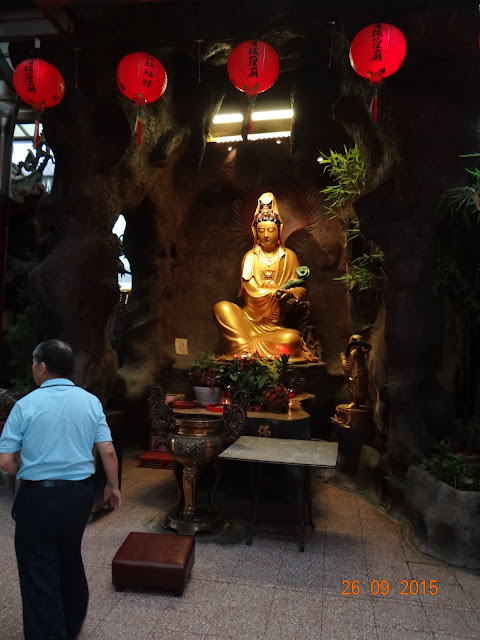 In 1853, after feuds between different communities, the Tongans resettled in Dadaocheng in the Datong District. The temple was also relocated here. The community contributed financially to construct this temple. 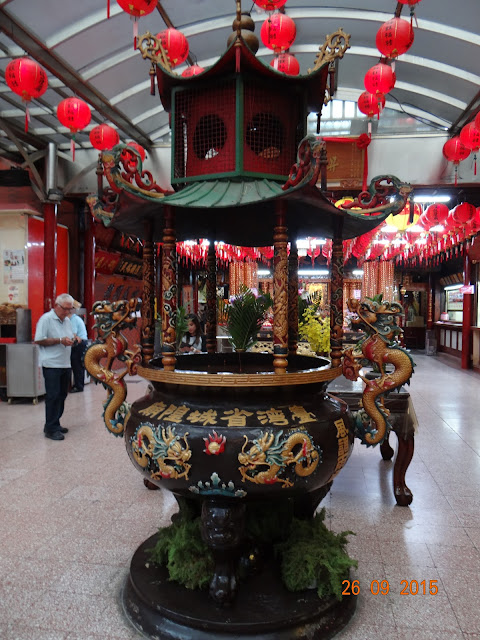 The temple is also home to the Taoist Goddess of love and which is why the temple is popular among young couples... 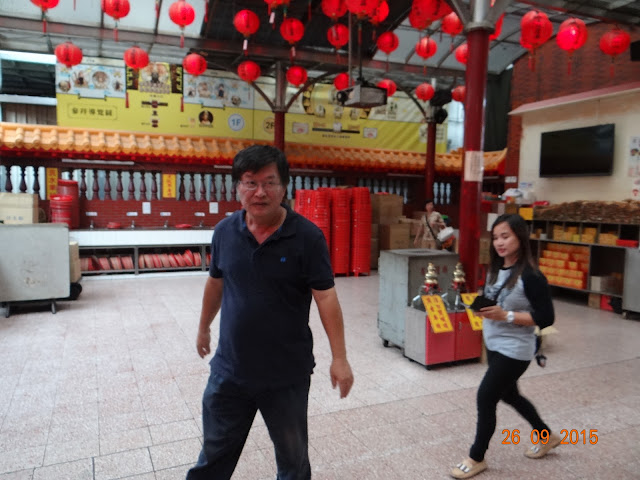 The temple follows the Taoist faith which is a homegrown Chinese faith and contrasts with certain tenets of Buddhism. The Taoists, for instance do not believe in reincarnation. Taoism seeks to achieve balance in life and harmony with nature. Their fundamental belief system is centered around the principle that life is good and lays emphasis on the well-being of the human body. In fact, the renowned Tai Chi regimen is an offshoot of Taosim. 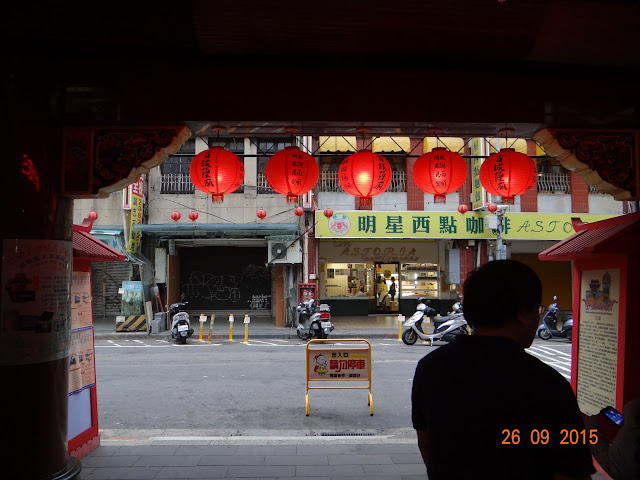 But Taoism also respects teachings of Buddha and highly regards him. In fact we were told that a number of temples and shrines in Taipei cater to both Buddhists and Taoists, without any conflicts. Isn't that really cool?