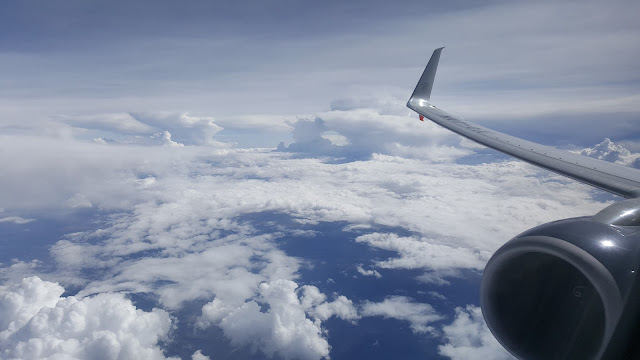 I knew I was headed to Latino-land from the moment I checked in my bags for Mexico City at Terminal 2 of Los Angeles. The check-in agent, a burly Latino greeted me with a cheery "¡Hola Señor!" and that made me realise how similar we Indians look to the Mexicans. He probably mistook me for a Hombre Mexicano!
Only when did he see my Indian passport did he switch to English. And he was courteous to offer me a lounge card for the Air Canada Maple Leaf Lounge in Terminal 2 where I spent some good time Plane Spotting!
Three hours and fifty minutes after liftoff from LAX, we landed at Aeropuerto Internacional Benito Juárez in Mexico City. It was indeed an incredible feeling landing here at MEX - not only did I have a good time Up In The Air, I had a great hot meal and wonderful company - the gentleman seated next to me... 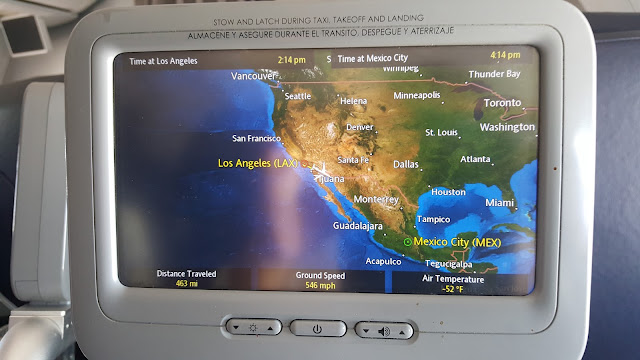 My IFE screen showing the flightpath. But the IFE out of the window was absolutely stunning... 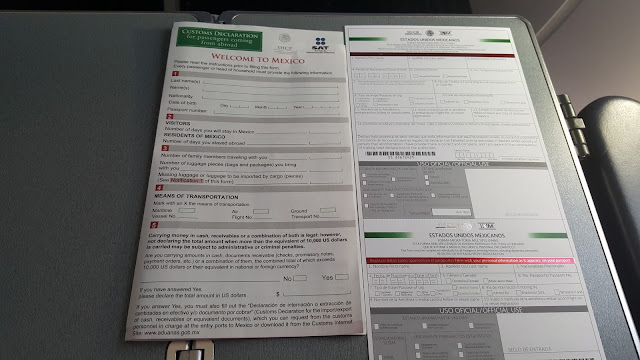 Filling out the immigration and customs forms for Mexico. With a valid United States visa, flying into Mexico is a breeze, you needn't apply for a separate Mexican visa... 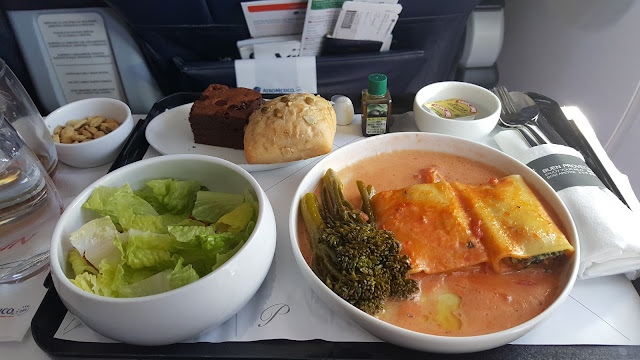 Chose to go vegetarian for this meal - Italian cannelloni...

The American gentleman seated next to me and I got into a conversation. He is an airport engineer and designer and is working on the new international airport project for Mexico City. The Mexican President Enrique Peña Nieto had announced the commencement of the project two years back and work is currently ongoing.
He told me that he frequents Mexico City once every two weeks to monitor developments on the project. And he had to say that the new airport would like nothing that presently exists in the United States and would be more like the scale and grandeur of Asian airports. He bemoaned the lackadaisical approach that the United States had towards its own infrastructure. I tried to be at my diplomatic best in my response to him... any guesses what that would be?
When we landed at Mexico City, it was getting dark but I did manage to do some Plane Spotting. The airport is named after Benito Juárez, a Mexican lawyer and politician of Zapotec origin from Oaxaca who served as the president of Mexico for five terms in the 1800s. And yes there is a major road in South Delhi named after Benito Juárez - linking Rao Tula Ram Marg to the Ring Road! 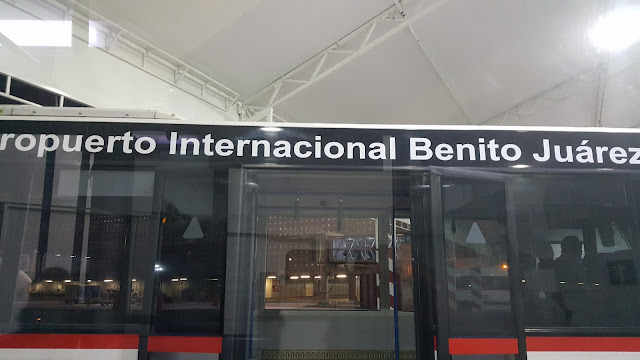 It was a short connection here at Mexico City. I cleared immigration and customs in a jiffy and headed upstairs to check in again for the short haul to Oaxaca. And I had to convert some money into local currency - Mexican pesos! 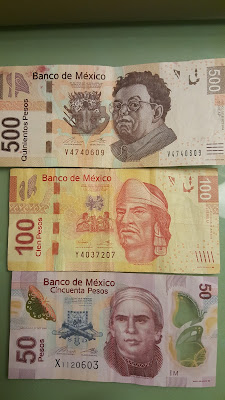 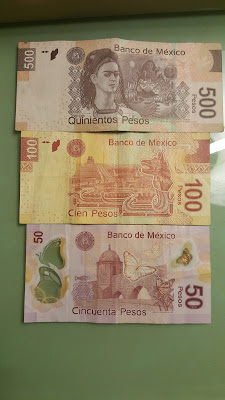 And now I am waiting at the gate to board my next flight on Aeromexico Connect - an Embraer ERJ190 to head to Oaxaca. This would be my second flight on an Embraer - the first was on Paramount Airways Embraer ERJ170, from Madurai to Chennai in 2007. Sadly, Paramount which was an all business class airline shut down a few years later...
For now, Oaxaca ahoy!