This afternoon I headed out of Mandaluyong district for Malate, which is Manila's premier destination for commerce and tourism.
I had a meeting there at 4 PM and was planning to leave at 3 PM. However at 11 AM, I got a call from my counterpart, who suggested that I come in early by 3 PM, because traffic could get bad, really bad, by late afternoon.
I thanked him for his kind gesture and agreed, afterall it would save me a big hassle!
So I set out at 1.30 PM, called a Grab Taxi in true Manileño style. Grab Taxi is super efficient, clean and convenient. My taxi was in within 10 minutes and I was on my way to Malate.
And then the traffic of Manila hit us, delaying us and making me a bit edgy. The driver, a gregarious and loquacious localite, suggested that we take a detour and I agreed, as we were getting very late.
I agreed, happily! 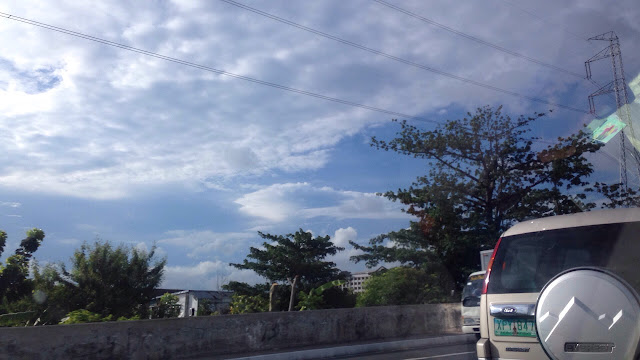 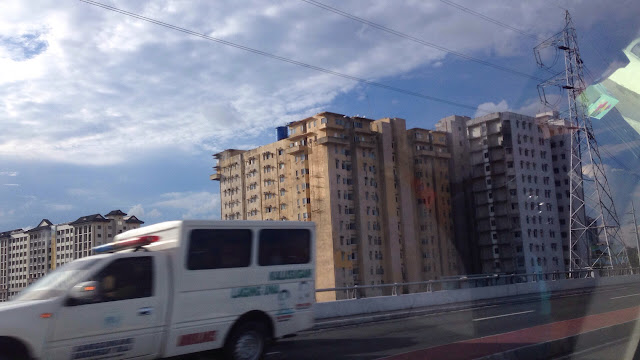 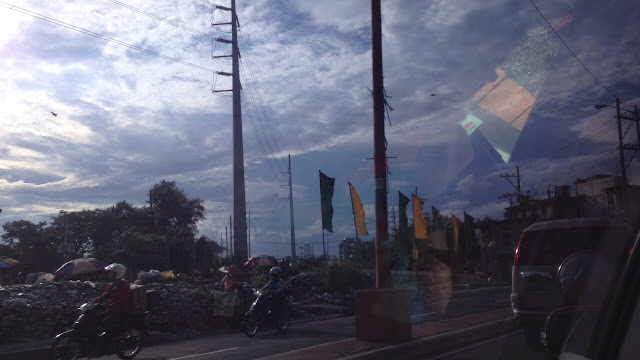 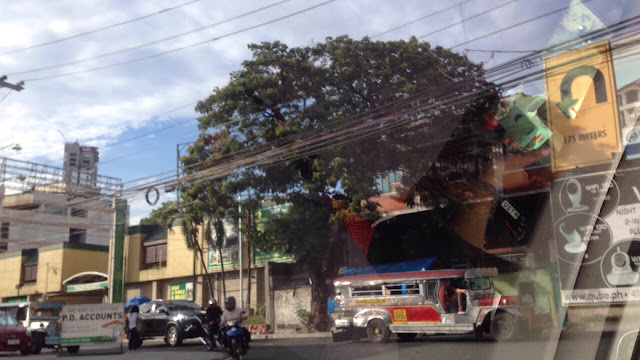 Jeepneys, bikes and cars - you see it all in Manila! 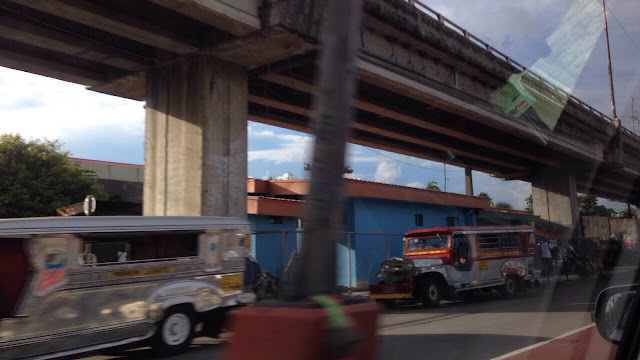 And we snaked through the lower-end neighbourhoods and then this chappie took one wrong turn, violating a traffic rule. And guess what, there was a traffic cop right there who flagged us down.
The driver grinned at the cop and made all kinds of sheepish excuses in Tagalog.
And then he stepped out, took the cop behind our car, engaged in a 5 minute long animated conversation and came back beaming!
"I paid 50 Pesos! No fine, just a gift!"
Aha, that's sounds like Mumbai, and not the very proper and always correct Korea! 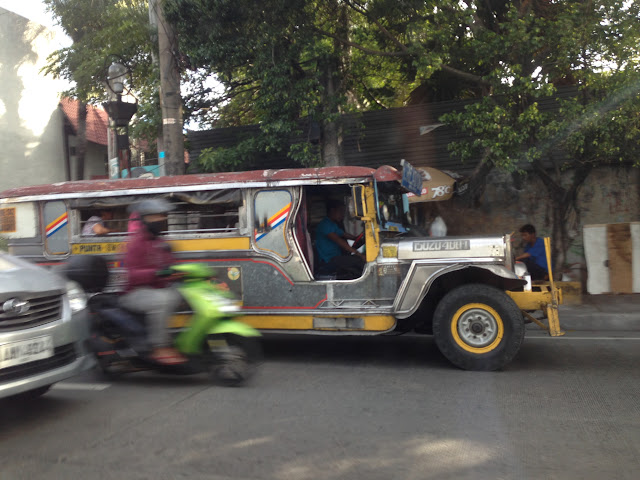 With the meeting successfully concluded, it was time to head back to Mandaluyong. But now, the journey was smoother, but lacking the fun I had in the afternoon! 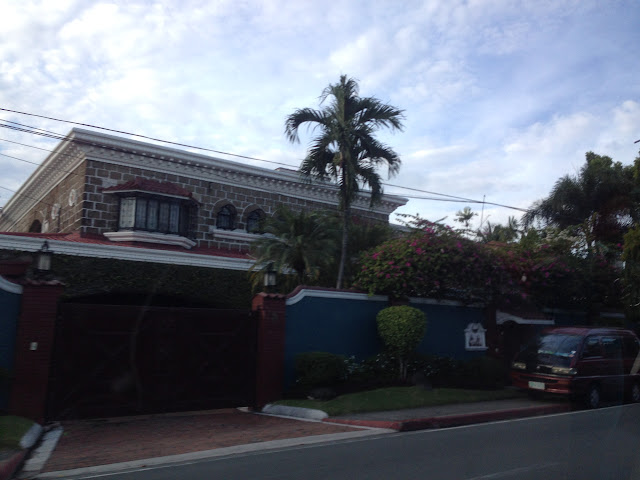 The sun was setting as I approached Mandaluyong... 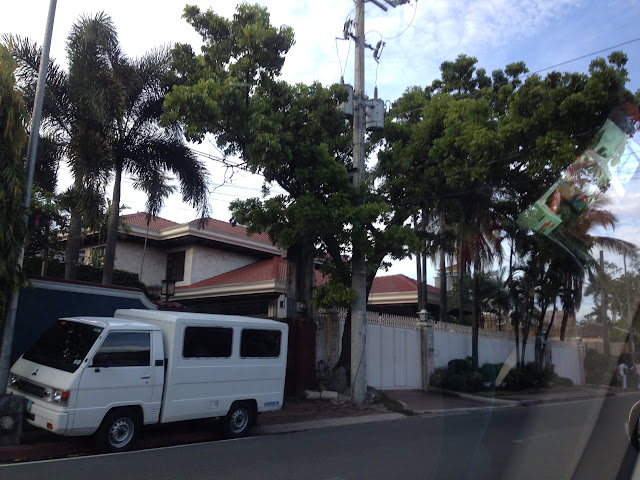 A premium locality near Mandaluyong... 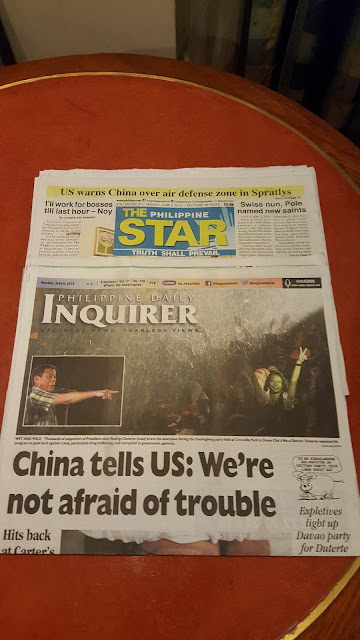 Getting back to the hotel, it was time to relax a while and I caught up with the day's news. And there seems to be a lot stirring in what China considers its lake!

And the good news, Neeti is coming in tonight from Incheon. So while I will attending to my work here, Neeti will spend a while visiting the lovely countryside around Manila, for the next 2 days! After a quick dinner, I headed out to Ninoy Aquino International Airport to receive Neeti, as she flew in. 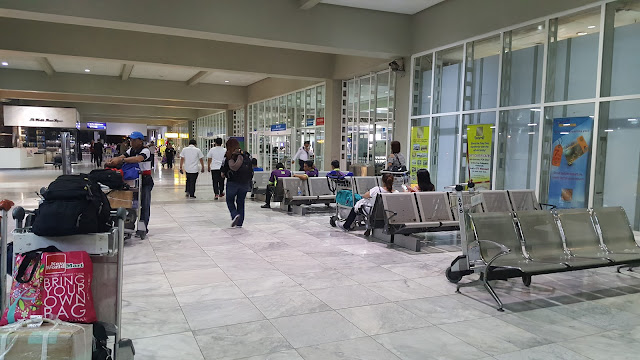 And guess what, the terminal resembled the old Terminal 1B of Mumbai - sweaty, noisy and crowded, but full, full of positive energy.
Can I say I am missing Mumbai after all the traffic, the fun on the way to Malate and the chaotic terminal? Well, in a sense I am getting homesick.
It’s Indeed More Fun In The Philippines...