Finally landed at Ninoy Aquino International Airport this afternoon and I am looking forward to an exciting but hectic week of meetings in Manila. 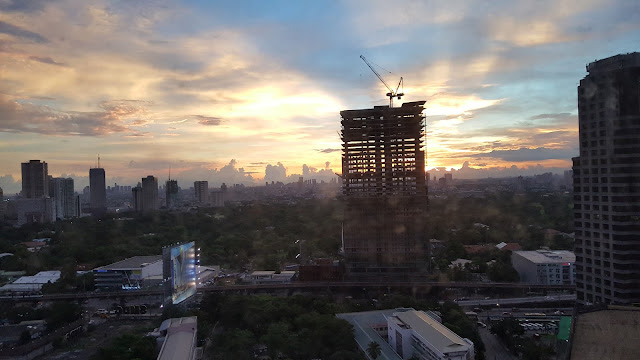 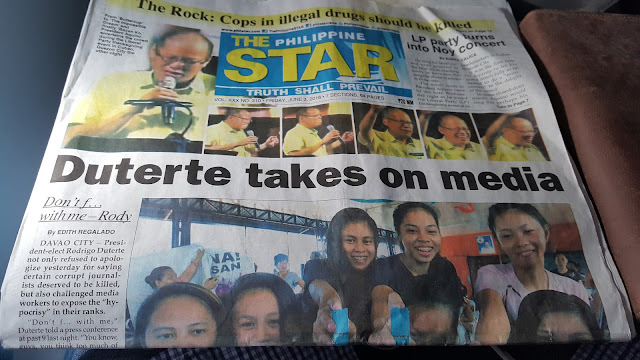 My introduction to what's happening in the Philippines began on the flight itself, with a quick roundup of news from the country and the papers were full of news on the President-elect, Rodrigo "Rody" Duterte, True to his "shooting from the lip" style, he reportedly threatened the media "Don't f... with me!" 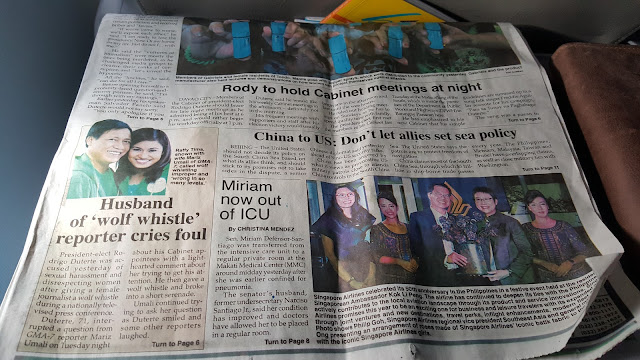 China's aggressive posture is big news in the local media... 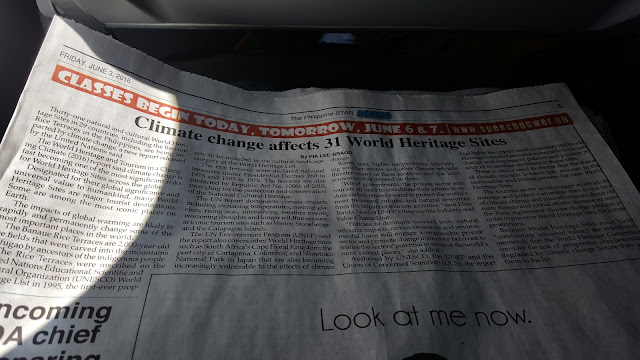 And so is climate change, which is threatening the Philippines... 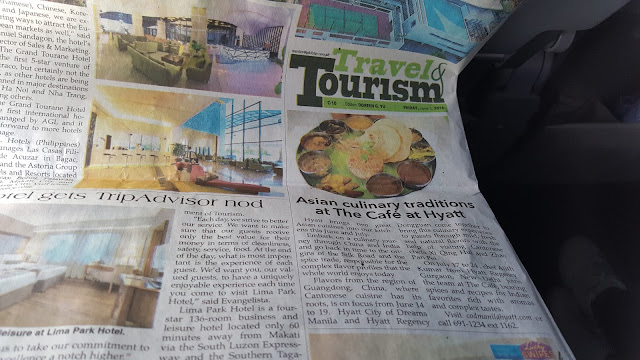 Indian food seems to be popular in Manila... 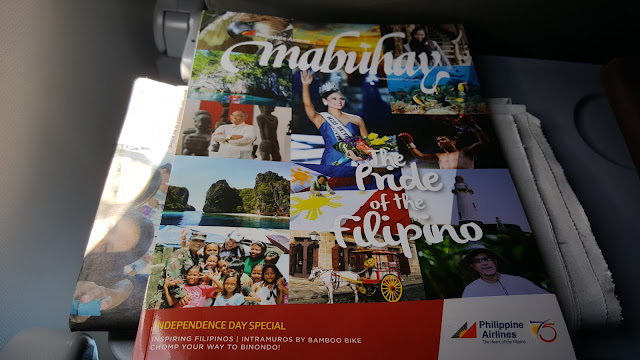 The Philippine Airlines experience was nothing great to talk about. The incoming flight from Incheon was full but was relatively quiet, given the higher proportion of Koreans on board. The Filipinos, like us Indians, love to talk! And in many ways, I think that is a big positive from a social standpoint...
The leg-space onboard was terrible, and the food was absolutely uninspiring - in many ways it reminded me of the unappetizing fare that Air Sahara used to serve back home in India. The cabin crew was quite unfriendly and thankfully as I discovered later, Filipinos are indeed quite friendly - perhaps Philippine Airlines is an exception!
Landing into Manila was a great experience. Not only were the vistas from Up In The Air great, but equally exciting was the Plane Spotting at the airport, especially with the lovely livery of Philippine Airlines all around.
The Terminal 2 building reminded me a lot of the old terminals in Mumbai. Immigration was quick and super-efficient and bags rolled in, in about 10 minutes - but the conveyor belts and the trolleys were all creaky! But all over, all I saw were happy faces - really happy faces. Perhaps this is the infectious charm of the Filipinos! 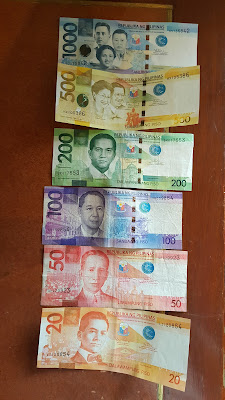 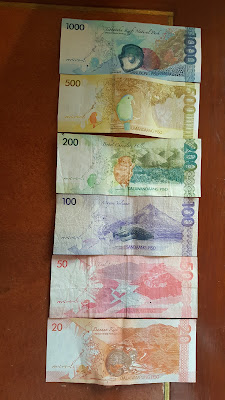 Exchanging currency was quite fast and efficient - I am really impressed by the promptness of the ordinary Filipino. The Philippine peso bank notes are indeed quite colourful - the PHP 20 banknote features Manuel Quezon a president from the 1930s after whom Quezon City in Metro Manila is named. And the PHP 500 banknote features the power couple - Corazon "Cory" Aquino and Benigno "Ninoy" Aquino, Jr...

Ninoy Aquino, after whom the airport is named, was a senator who had put up a severe opposition to the dictatorship of Ferdinand Marcos. He had been sentenced to death by a firing squad but ill health had forced Aquino to seek refuge in the United States in 1980. After he recovered, he rallied expat Filipinos against Marcos and ended his exile in 1983. He flew in, into this airport on August 21, 1983 and just as he was being escorted off the China Airlines plane, he was shot in the head and died instantly on the tarmac. Despite convictions of the shooters, no one has actually figured out who ordered Ninoy Aquino's killing, and that too despite his wife, Cory Aquino, and son, Benigno Aquino III, both being presidents for a term each. This had given rise to conspiracy theories and speculations, which live to this day... 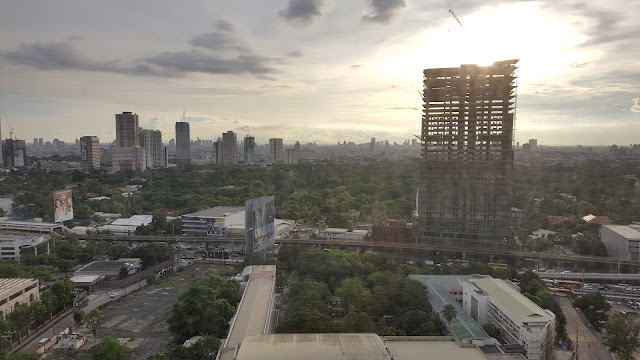 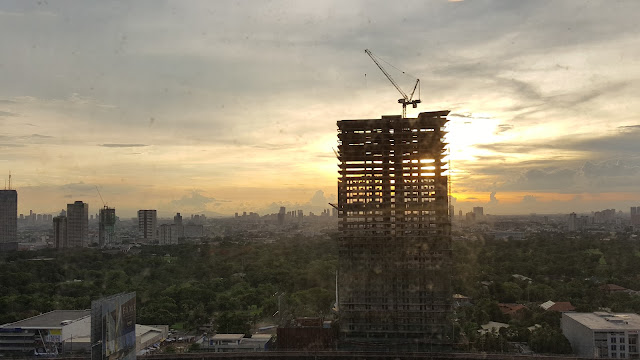 Watching the sun set over Manila!

The thing that delighted me most about Manila was that everyone spoke English here, impeccable English! There was no need for me to reach out for my phone and open the Google Translate app. Being understood and being able to understand is such a luxury - that's something I realised after living in Korea for the last 10 months.
The ride to the hotel was smooth and we passed by crowded and chaotic roads which is a lot like India! But there was a definite pulse to life as I observed it, despite being poor, people appeared happy which is a lot like in India.
The Filipinos seem to be productively "living" their lives, that's why the say Mabuhay or "live" as a greeting!

I like it the way you started right from reading the newspaper.