Living Through Doomsday... Part I

A must visit in the Heiwa Kinen Koen is the Hiroshima Peace Memorial Museum. The museum displays exhibits left behind by the victims, photos and other materials that tell the horrific story of the catastrophe that struck the city. 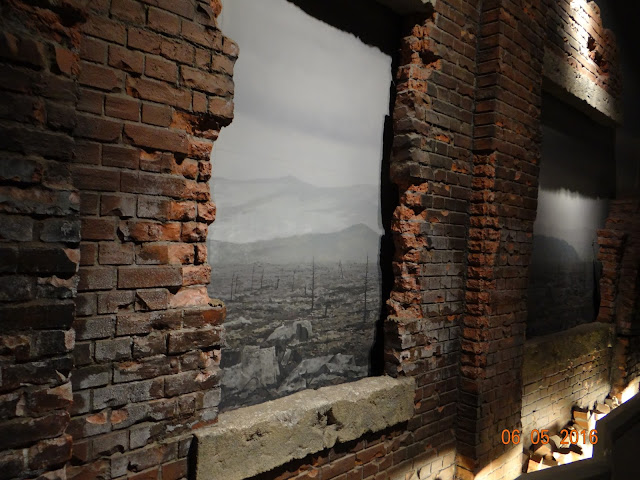 A recreation of Hiroshima would have looked in the aftermath of the bombing...

A question that has always bothered me is was the nuclear bombing of Japan really necessary? Answers to the question are not easy. But an attempt to answer the question would force you to step back to the Asian theatre of the Second World War.
By August 1, 1945. Japan had control of all of Manchuria, Korea, Taiwan, Indochina, Singapore a large part of China, including most of the main Chinese cities, and much of present day Indonesia, Myanmar and Thailand.
The United States knew that Japan was facing a major economic problem. Japan's merchant shipping fleet was decimated by as much as 90 percent, in a span of a little over a year, as a result of bombings. Lack of raw materials forced the Japanese economy into a steep decline after the middle of 1944. Fishing output and agricultural produce declined majorly - they were on the verge of a food crisis. Hunger and malnutrition became widespread.
On the other hand, the United States relived by the surrender of the Germans could solely focus on the Pacific. They multiplied their military presence in the region and aircraft carriers in the Pacific were used as staging grounds for aerial bombings of Japan.
But for the United States, an onslaught on Japan would not have come along easy - the encounters in New Guinea and Philippines had proved that the Japanese fought back hard multiplying the anticipated costs for the Americans - casualties were extremely high.
The location of Japan and the wide open ocean to the east would have taken away the element of surprise for a possible invasion by the United States. The solution to end the war and make Japan surrender had to be quick.
The United States had developed nuclear weapons and with the understanding they had reached with Britain under the Quebec Agreement, they decided to go nuclear against Japan. Accordingly, the United States shortlisted five targets based on the psychological impact, physical damage, element of surprise (they hadn't been previously bombed) and also because these cities were of immense strategic importance in Japan's war machinery:
With approval from President Truman, Kyoto was removed from the target list due to its historical, religious and cultural significance.
Hiroshima was the primary target of the first nuclear bombing mission on August 6, 1945 with Kokura and Nagasaki as alternative targets. The operation was staged from Tinian in the Mariana Islands, which is about 6 hours flying time from Japan. The warhead, nicknamed Little Boy, was loaded on to a B-29 "Enola Gay", piloted by Colonel Paul W. Tibbets, who was accompanied by accompanied by two other B-29s for measurements and photography.
At 8.15 AM, Little Boy, containing about 64 kilogrammes of uranium-235 was released and it took 44.4 seconds to fall from the aircraft to its detonation height of about 580 metres above the city.
Due to crosswind, the bomb missed its aim, the Aioi Bridge, by approximately 240 metres and detonated directly over Shima Surgical Clinic, and caused a blast equivalent to 16 kilotons of TNT. The radius of total destruction was about 1.6 kilometres, with  fires across an area of 11 square kilometres.
People on the ground reported seeing a brilliant flash of light followed by a loud booming sound. Some 70,000–80,000 people - about 30% percent of city's population, of whom 20,000 were Japanese soldiers and 20,000 Korean slave laborers, perished immediately and another 70,000 were injured.
This was followed up with second attack on Nagasaki on August 9, 1945 - initially Kokura was a target, but the B-29s diverted to Nagasaki because of a cloud and black smoke cover over Kokura. 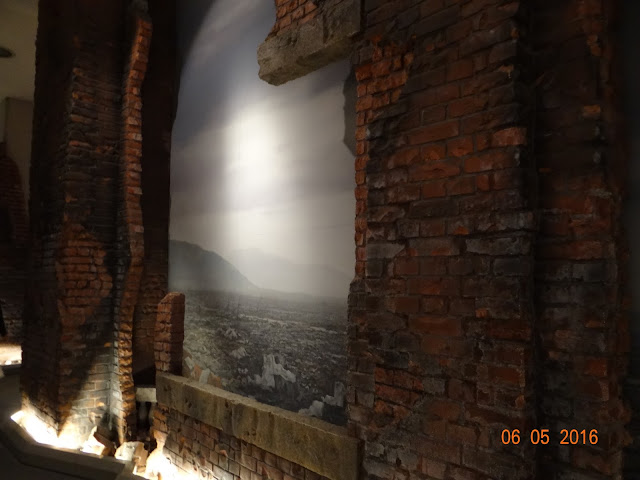 Immediately after the two bombings in Hiroshima and Nagasaki, Japan surrounded bringing an end to the Second World War. True, this was an unjust war thrust upon Asia by Japan with atrocities committed all over in Korea, Indochina, Philippines. True this war had to be brought to an end, really fast.
But it is indeed a debatable point whether the use of these weapons was justified... I would not even attempt answering this question. 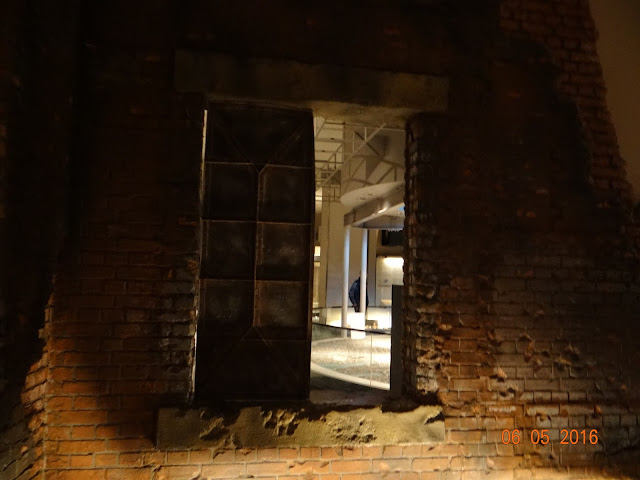 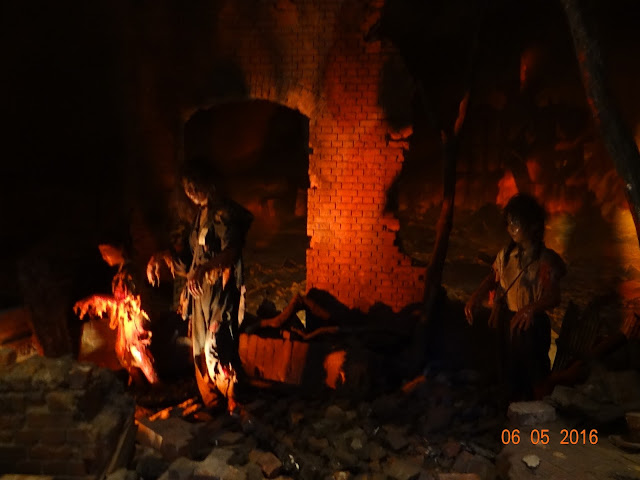 An impression of the raging fires and the charred bodies in the aftermath of the bombing... 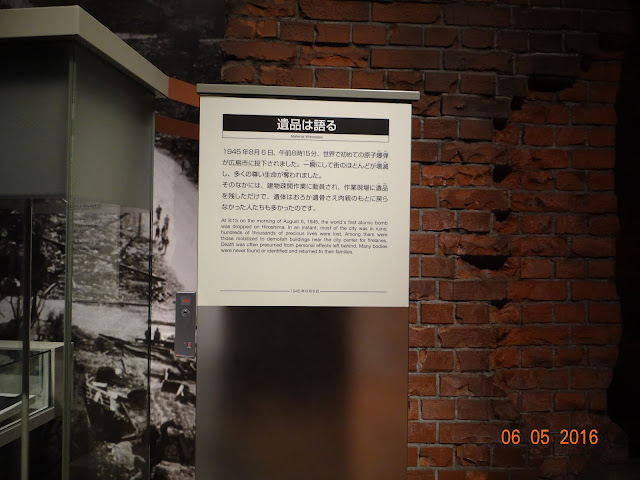 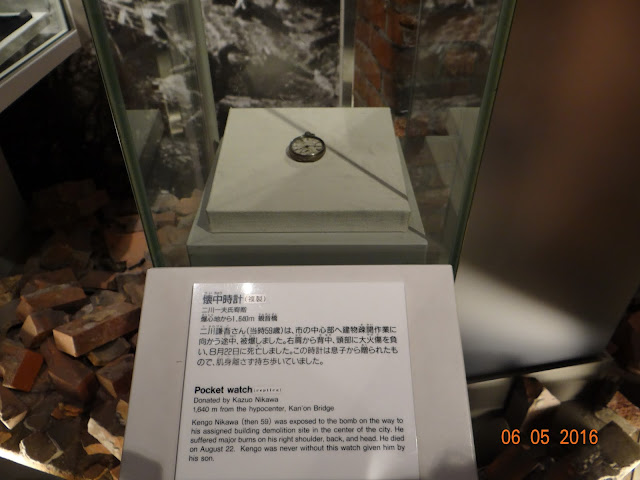 A watch showing the time of the bombing... 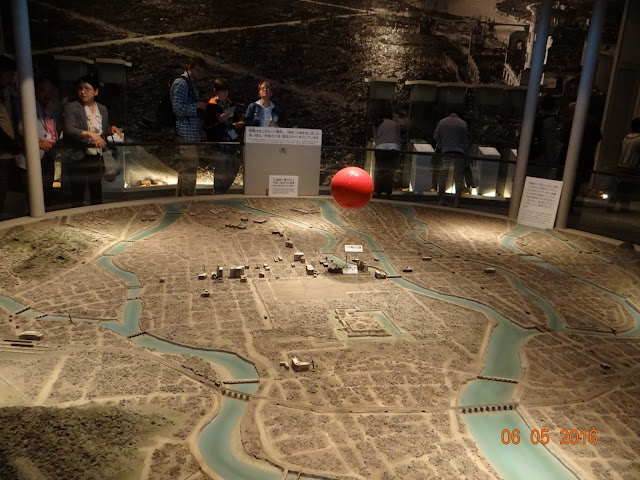 A layout of the city showing the height of the explosion... 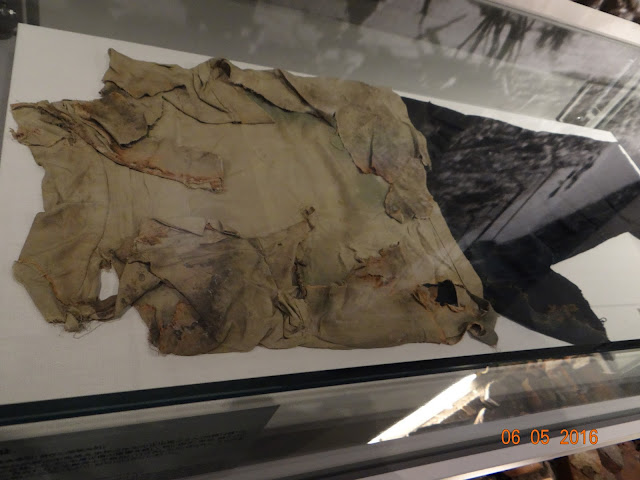 The school uniform of Nobuko Shoda, who was injured in the bombing. She died 4 days later... 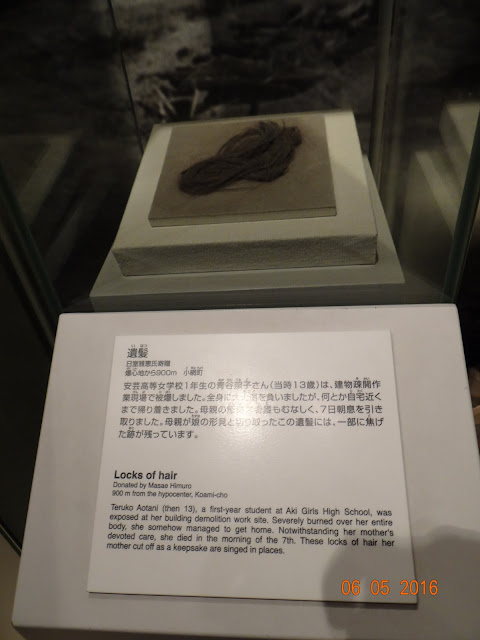 Locks of hair of Teruko Aotani, a 13 year old student who died in the aftermath of the bombing...