Hoping on the Fourth of July!!!!

Today is the Fourth of July, the day when America celebrates its independence day!
This was the day the hope for the modern world was born, way back in 1776 - hope that self-determination is achievable, hope that colonial hegemony cannot survive for long. 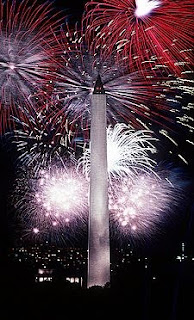 As the CNN talks about the Fourth of July weekend being celebrated in America today, I am reminded of the book on American history that inspired me a great deal - the struggle that culminated in the Declaration of Independence in 1776, the ideals of the founding fathers, the principles upheld during the American civil war, the territorial expansion of the fledgling country of 13 states to the acquisition of Louisiana from France and Alaska from Russia to expansion to California and Hawaii, which resulted in the 50 states that we know of today, the spirit of free enterprise and entrepreneurship, etc. etc.
All these were the very concepts and ideals that catapulted America to a leadership position on the world centerstage, taking over from imperialistic Europe.
America achieved a great deal within 250 years of its existence, something that took Britain over 600 years to achieve and lose it all. In fact such had been the decay of Britain's power that a few years back, Tony Blair was once called Clinton's poodle. 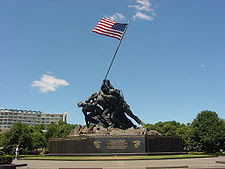 But in the last 2-3 years, America seems to have undermined its own cause to such an extent that it is quite probable that would end up as China's poodle in the next few years. Already America lives on Chinese debt and the Chinese dictate terms to the America.
Obama promised to be a breath of fresh air, but we can now smell is bad breath all around. This regime has been marked by failures of policies in Afghanistan and Iraq. The administration has developed a reputation for sucking up to oppressive regimes in the Middle East, Burma, Iran and North Korea, while ignoring strategic partnerships with Israel and India.
Columnists in various publications - the world over, in India, Israel and America as well - the New York Times and the Wall Street Journal have often lamented the lack of vision.
So, on this Fourth of July, I can only hope that America gets its act together for a second run on the world stage, recognising its strengths and partnerships and by not canoodling with rogues of this world!!!
Posted by Rajeev at 10:04 PM

America was dragged down by the policies of the Bush administration and the shortsighted goals of too many. Obama inherited a very difficult situation but has brought together some of the brightest minds in this country to look for solutions. Progress will be slow due to checks and balances inherent in our system of government. Here, because of free speech, everyone is a critic. Nevertheless, many Americans remain optimistic that we will make it through this.