With our body clock still on Indian Standard Time, we were up early at 0530 hours local time. Feeling fully rested, we got ready and packed up before heading for breakfast.
Our train for Basel was to depart Gare de Lyon at 1023 hours. So met Marilyn at the lobby and deposited our bags. Check out was seamless and very soon we were back in Gare de Lyon with a "Bienvenue en gare :)" sign welcoming us. 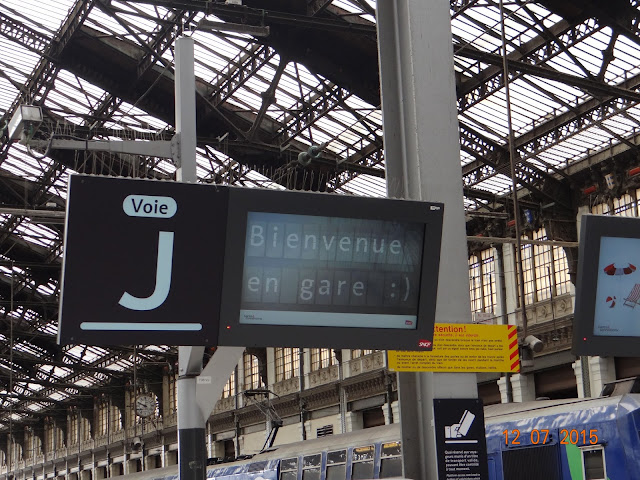 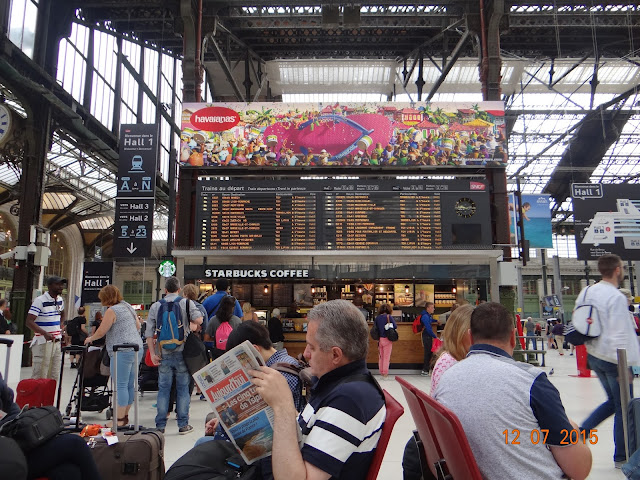 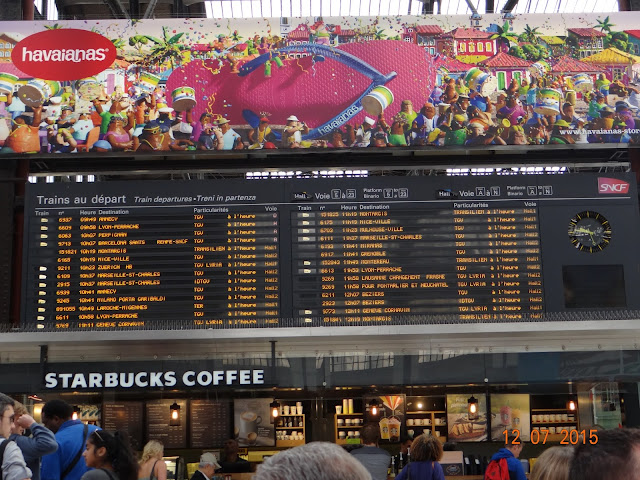 We were surprised to see that the station was full of Chinese. The Chinese have taken to travel like ducks to water and apparently the Chinese government has had to give tourists lessons in etiquette to protect the nation's reputation. 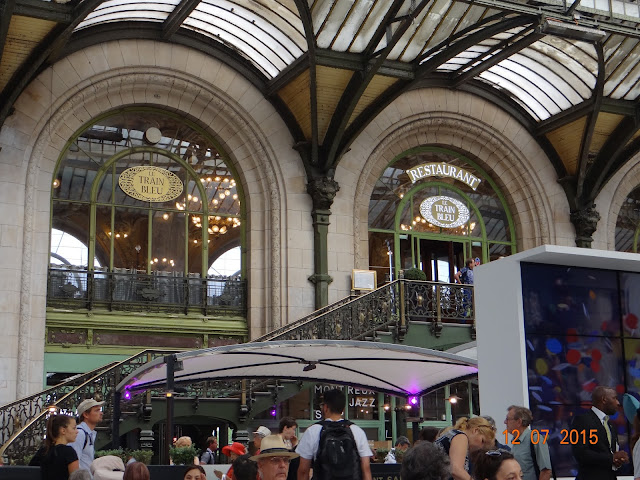 Gare de Lyon is home to an iconic institution, a restaurant by the name of Le Train Bleu which has been around since 1901 and is said to have an ornately decorated setting. Hope we get the time to visit Le Train Bleu soon! 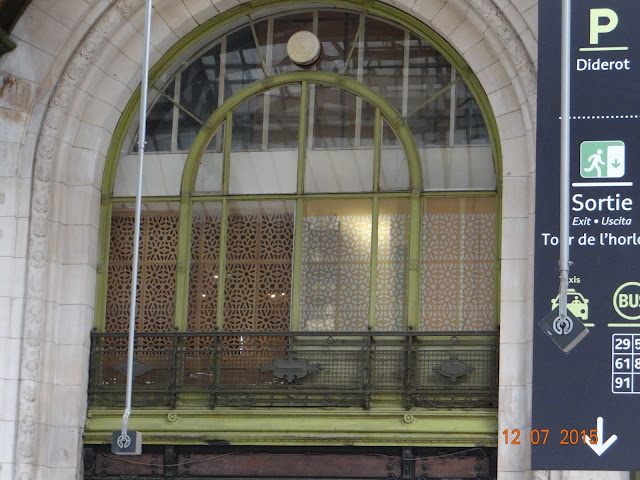 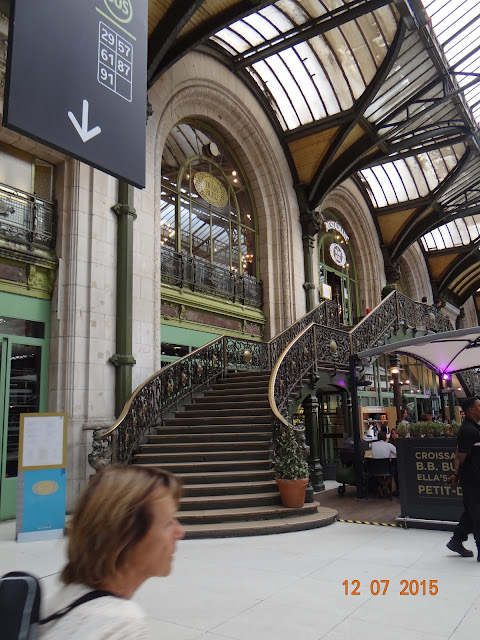 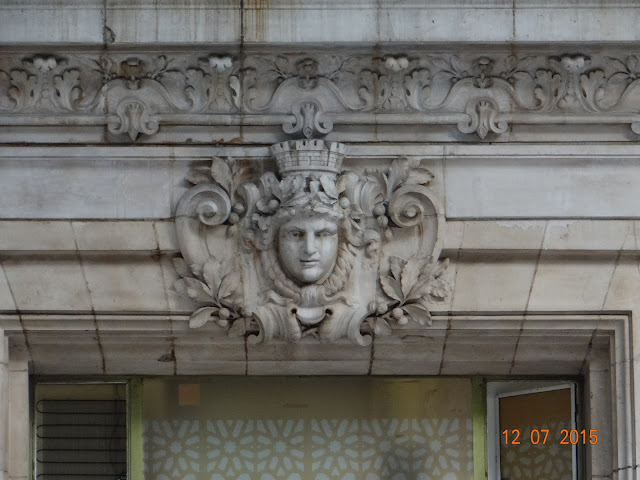 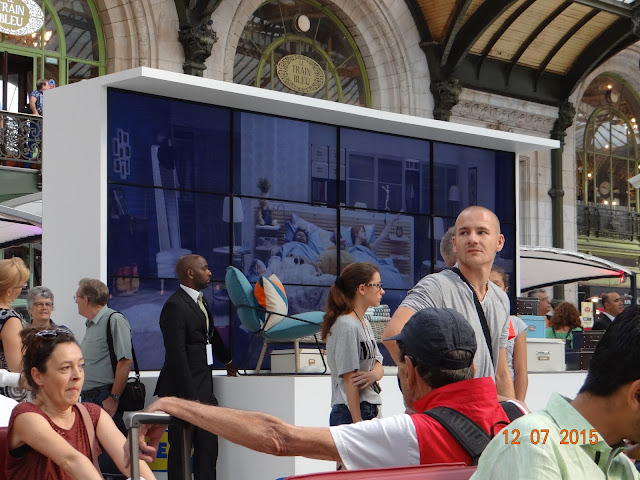 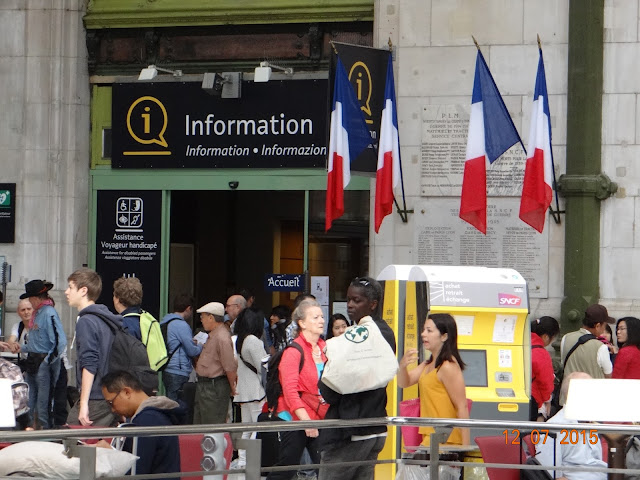 The Tricolore reminded us that we were in France, finally, after years of it being on my bucket list! 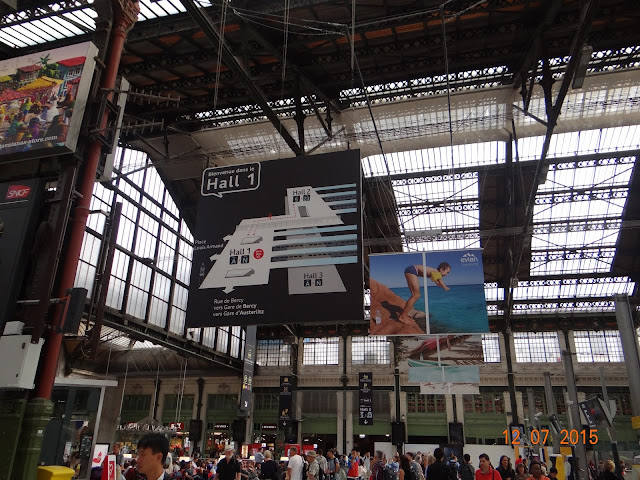 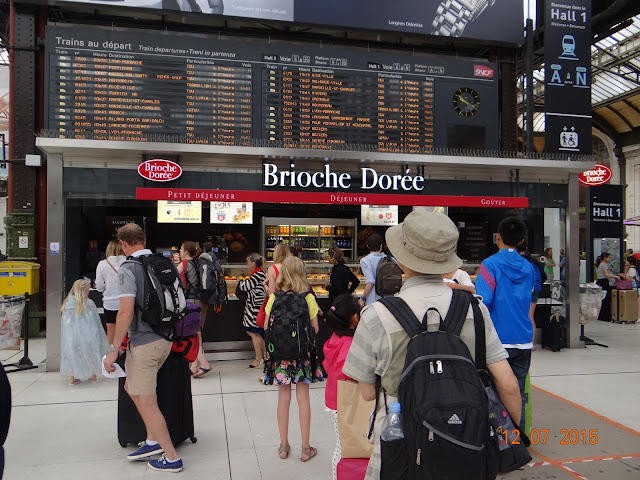 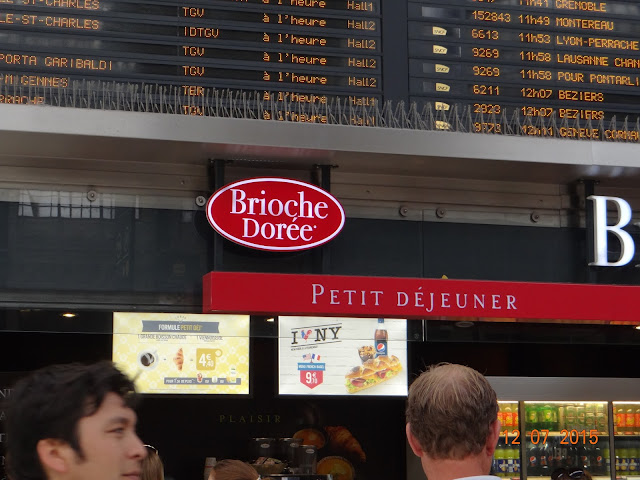 What's "I ♥ NY" doing here? The American soft-power is at work here and clearly the two countries have come a long way from the days of the Freedom Fries in 2003 when France refused to join the Gulf war!
But, I would have to loved to see a "Paris, je t'aime" sign here... 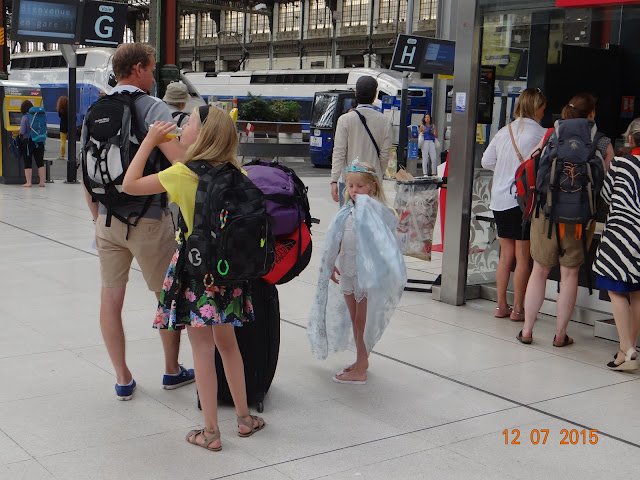 Kids are always a treat to watch! 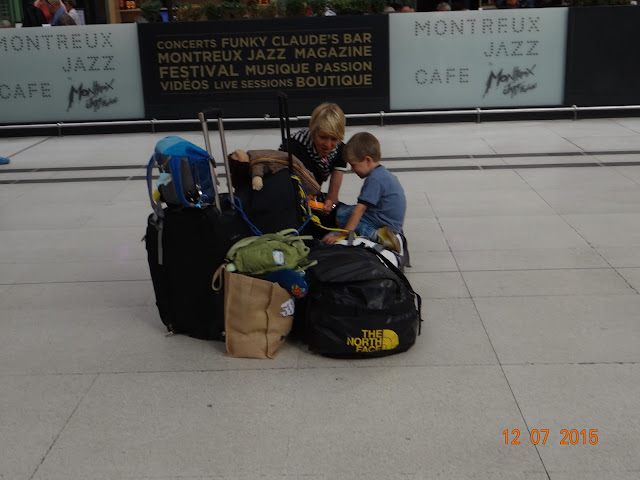 Paris has multiple stations catering to various rail routes - Gare de Lyon caters to Switzerland and Germany, besides others located Gare d'Austerlitz, Gare de Bercy, Gare de Paris-Est, Gare Montparnasse, Gare du Nord and Gare Saint-Lazare.
Soon our train, the TGV Lyria 2 was on the platform. We soon boarded the train and moved to our designated seats on the upper deck. The TGV Lyria is a collaboration between the Swiss SBB and French SNCF railways. 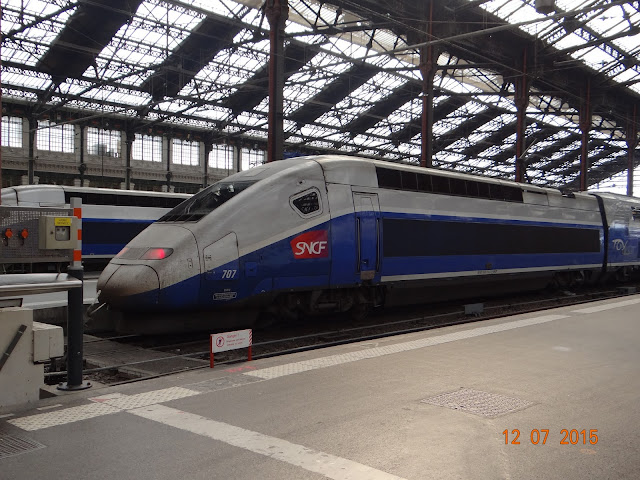 At dot 1023 hours, TGV Lyria rolled out of Gare de Lyon and soon the urban sprawl of Paris gave way to the rolling French countryside with bales of straw and countryside homes, scenes of picturesque calm. 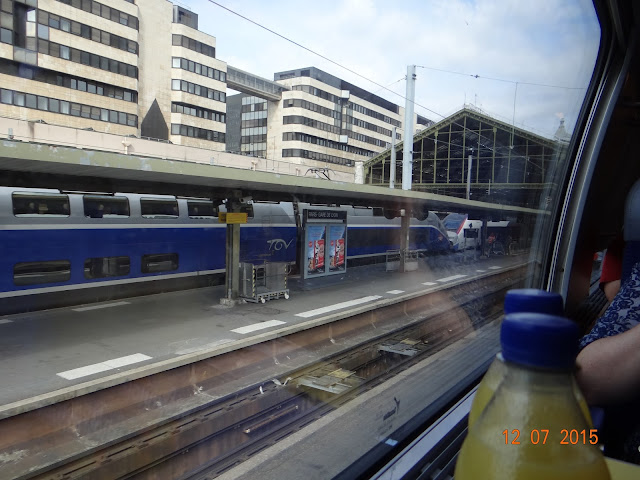 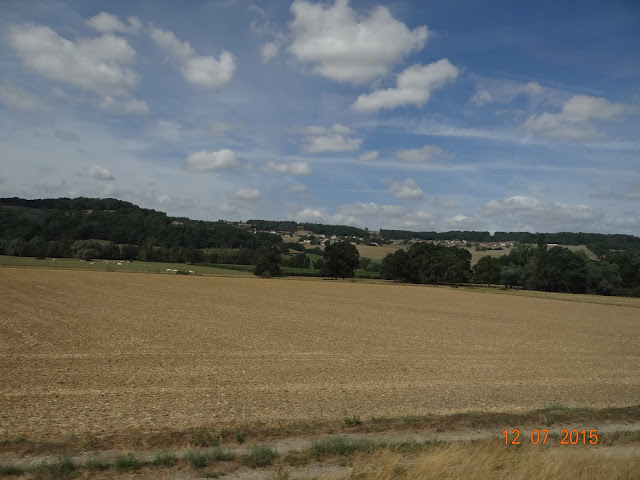 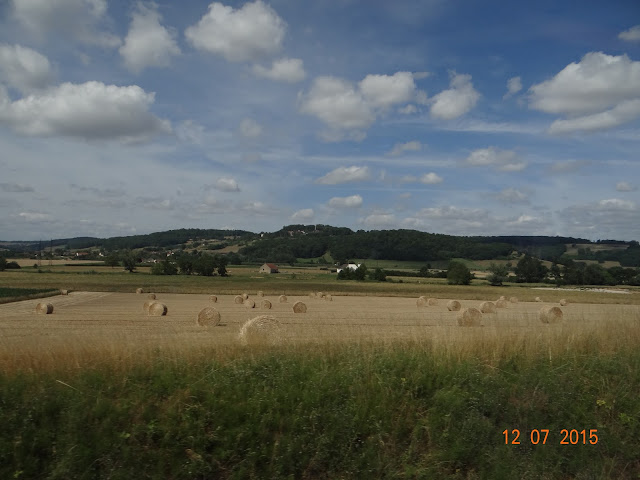 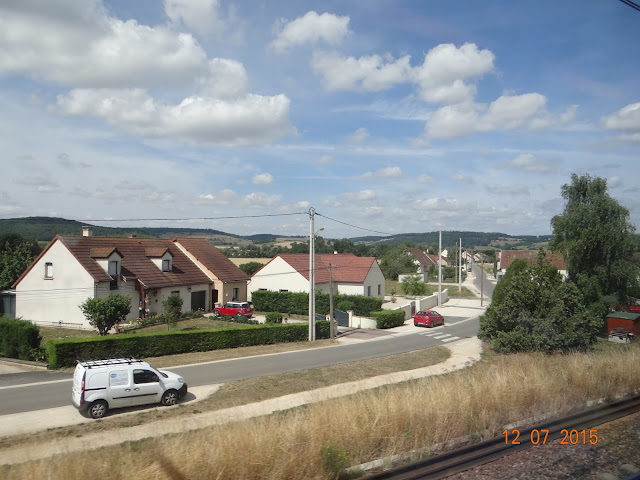 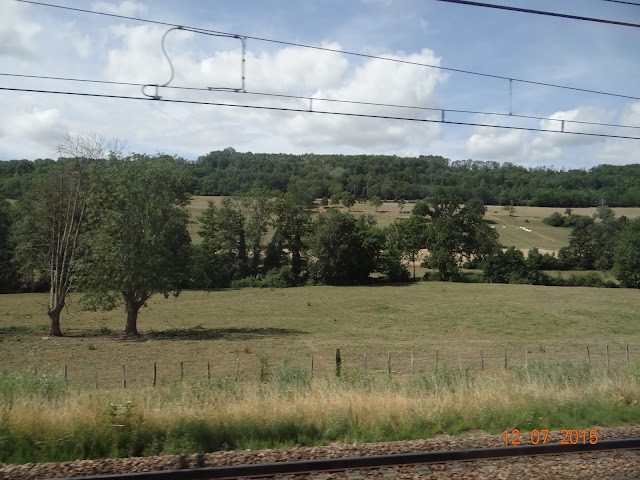 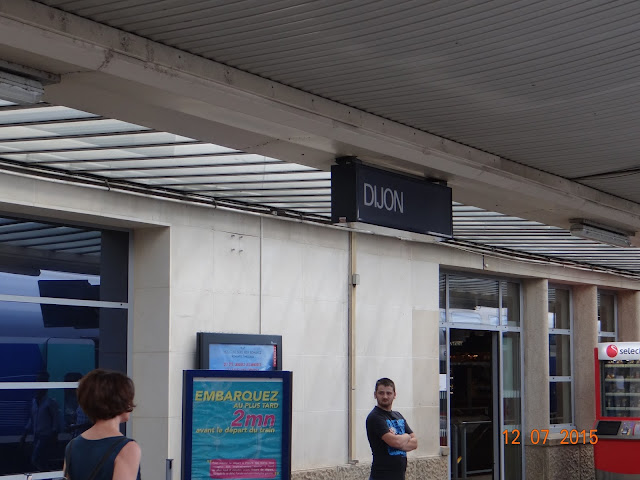 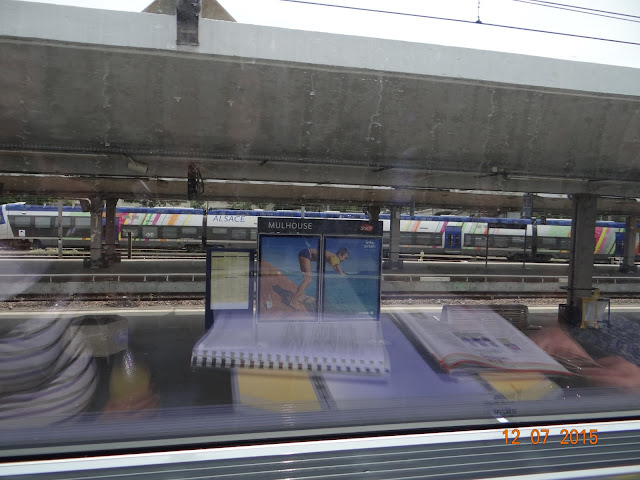 We passed by Dijon, a city which has a long standing culinary tradition and is known for the world famous Dijon mustard and Mulhouse - on the Swiss border which has been often called the Manchester of Switzerland! 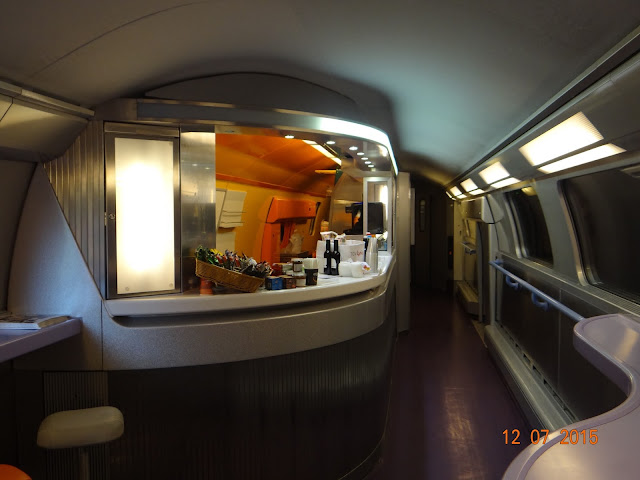 We took a tea break in the buffet car and headed back to our seats by which time we had already entered Switzerland. 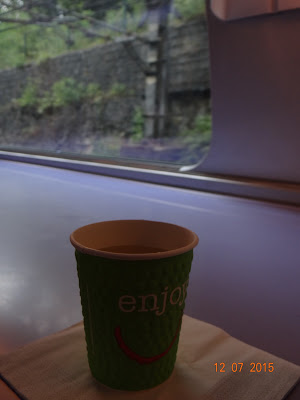 As the train rolled into Basel, we got ready with our bags to exit the train and in some confusion while we disembarked with the suitcases but left the bag with the passports behind in the train. Neeti figured that out and in a swift operation that lasted no more than 2 minutes the "package" was "secured" and safely retrieved. If we hadn't realised this on time we would have had to travel all the way to Zurich to retrieve it!
I was in a daze for at least the next half an hour as boarded the SBB train headed to Interlaken Ost, imagining the trauma we would have faced. But, things didn't go that bad and we thanked God for this.
In about 1.5 hours we reached Interlaken Ost from where we got on to our connecting train to Grindelwald, a bustling Alpine village!