Touchdown in Paris was smooth, 10 minutes before schedule, in what apparently is a beautiful and sunny Parisian evening.
We were greeted by an Air Seychelles Airbus A330 taxiing towards the active runway and a Korean Air Airbus A380, which had just come in from Incheon and was headed to its parking bay. The sad part was I could barely capture the takeoff of the Air Seychelles flight, all I caught was the tail.
We docked in Terminal 2A and there were the customary announcements in English and Hindi. And then there were announcements in French, starting with "Bon Jour Monsieur Mademoiselle! Bienvenue à Paris!" - French has always attracted me for its subtlety, softness and sweetness and hopefully someday I'll get the time to learn it.
As we get ready to disembark, I spotted some exotic jets - an Air Austral Boeing 777 that had come in from Saint Denis, Reunion island in the Indian Ocean and an XL Air Airbus A330. Next to our plane was a Cathay Pacific Boeing 777 that was getting ready for departure to Hong Kong, my favourite airport for plane spotting.
We walked down to the immigration counters - they were called the "immigration police" counters. That led to a bit of confusion amongst some of us - a lady asked Neeti why we were queuing up on a police counter. 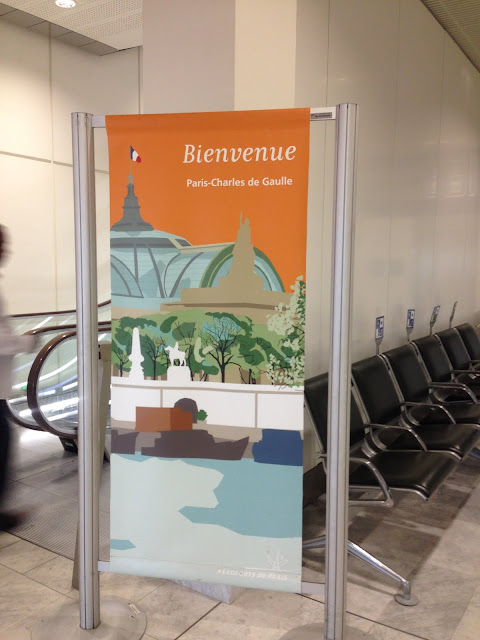 The immigration officer who dealt with us was a burly mixed race person who greeted me with a cheery "Bon Jour Monseiur" and within less than a minute our passports were stamped and we formally in the Schengen Area! Indeed he was the friendliest immigration officer I had met, other than the ones I met at Changi Airport, Singapore!
A long winding and a rather confusing walk brought us to carousel 7 where our bags were supposed to come. That's when I realised that CDG was a bit run down and was no competition for airports in the orient, and in India. The belt was creaky and the trolleys were rusted! Yes, rusted! 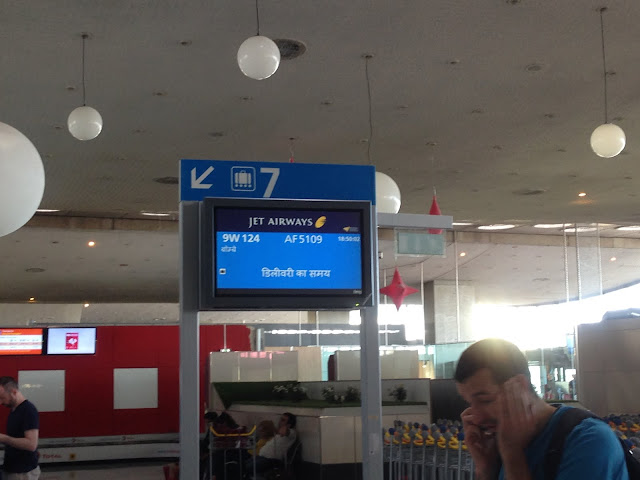 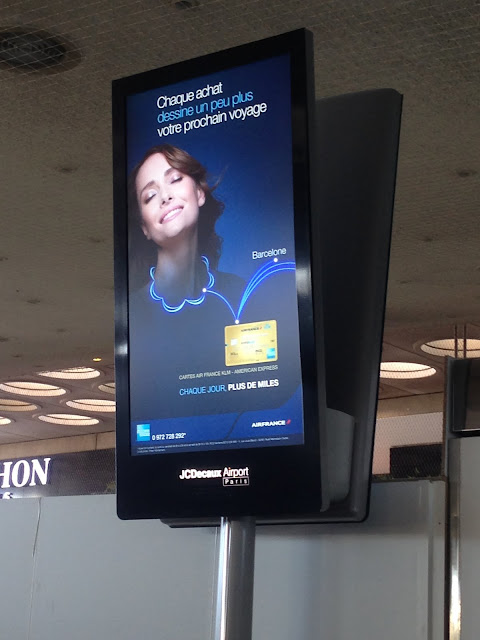 Probably when CDG was constructed in the 1970s it was state of the art, but not any more. That's what Asia has excelled in, I would even say the Middle East - they continually upgrade the infrastructure. New terminals at Chep Lap Kok and Changi are being constructed despite them being rated as top-notch already!
Terminal 2, one of the three terminals at CDG has 7 sub-terminals, A to G arranged in a unique layout, that ensures quick dispersal of passengers.

Source: CDG Terminal 2" by Lizreyesk - Own work. Licensed under CC BY-SA 3.0 via Wikimedia Commons
We collected our bags and moved out to find our driver, Loradoc waiting for us - a tall 6.5 feet tall West African, who would now drive us to Gare de Lyon!