The drive into Gare de Lyon was quite smooth, barely taking about 40 minutes to cover 60 kilometres, which is pretty decent indeed. In fact we were at Gare de Lyon within 120 minutes of touchdown at CDG! 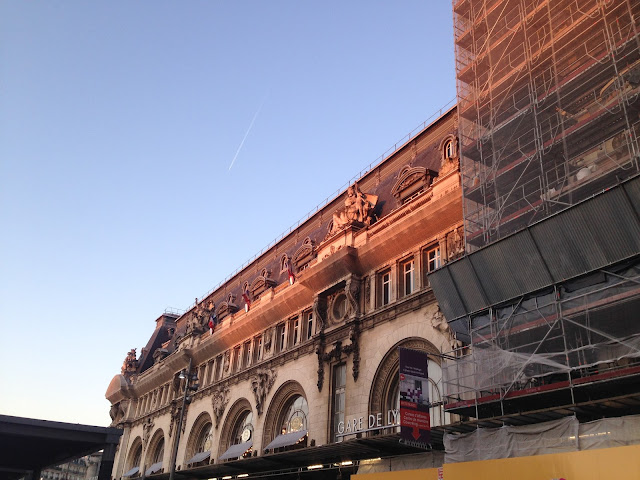 Gare de Lyon located in the 12th Arrondissement, on the north bank of the River Seine, in eastern Paris. Paris is divided into divided into twenty  administrative districts, more simply referred to as arrondissements. The twenty arrondissements are arranged in the form of a clockwise spiral (often likened to a snail shell), starting from the middle of the city, with the first on the Right Bank (north bank) of the Seine - the first one is where the Louvre is located. Now this Fibonacci pattern is interesting - do I smell a link here with the Priory and the Illuminati who are rumoured to have called Paris their home for ages? (Remember the Dan Brown's Da Vinci Code?) 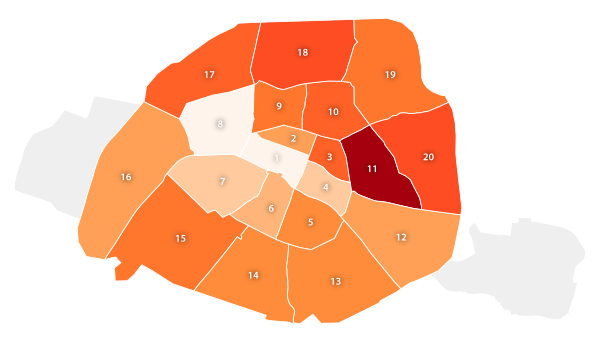 We were checked in at hotel by a Sri Lankan Tamil lady, Jenelle. She asked us if we were Indian and we requested if we could leave behind a bag at the hotel when we leave for Switzerland tomorrow. We had enquired a couple of weeks back about this with the hotel, but they had declined "non"!
But Jenelle promised to check with the manager and she referred us to Marilyn, the front desk manager who would be on duty in the morning, and we were promised she would certainly help us!
Relieved at the prospect of not lugging an extra bag along through Switzerland we thanked her and moved to our room.
But the room was a bit of a disappointment - it was barely 25 square metres, smaller than the rooms of Ginger in India, with barely any space for our bags. I had thought Mercure was better than Ibis on this count and that's why I chose this hotel. The other reason was Gare de Lyon was just a 2 minute walk from here.
We freshened up, ate a couple of methi parathas with pickle and headed out for a recce of Gare de Lyon station from where we would be catching a train to Switzerland - Basel and onward to Grindelwald tomorrow.
The Gare (station) is one of the six large mainline rail termini in Paris handling an astounding 90 million passengers each year, making it the third busiest station of France. It is the northern terminus of the Paris–Marseille railway. The station is named after the French city of Lyon, a stop for many long-distance trains departing here. The station is also served by high-speed TGV trains to south and eastern France, Switzerland, Germany, Italy and Spain as well as suburban trains and by the Paris RER and metro. 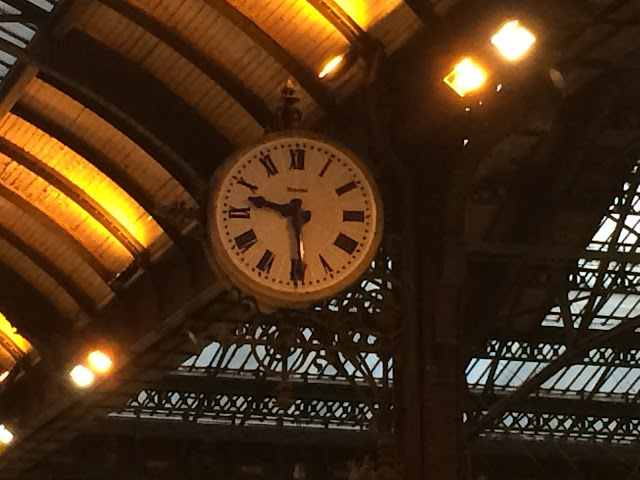 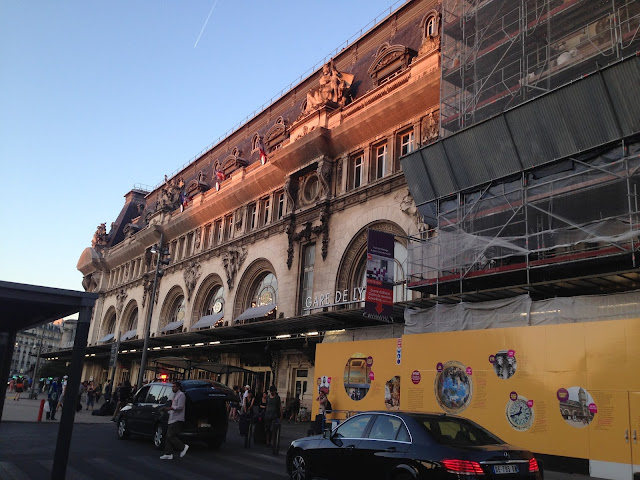 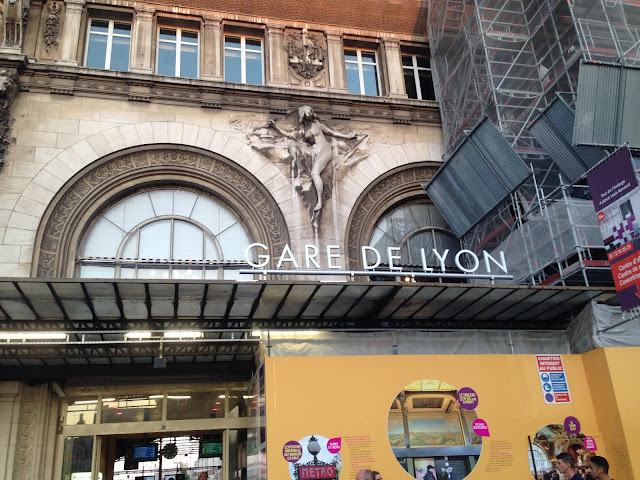 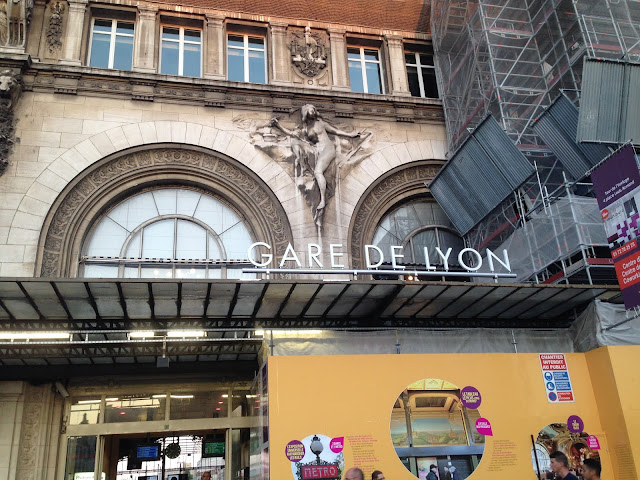 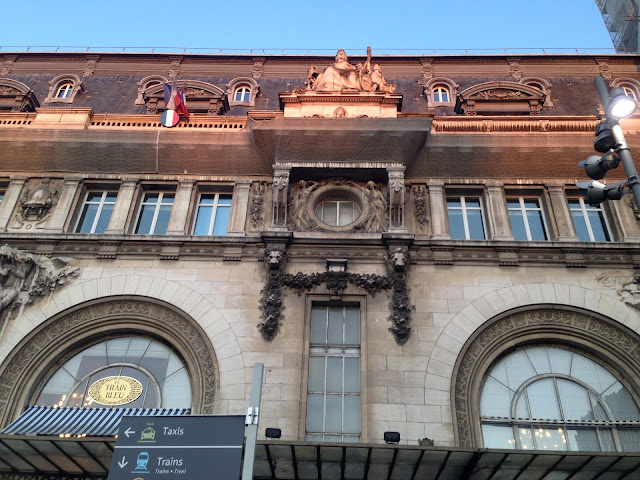 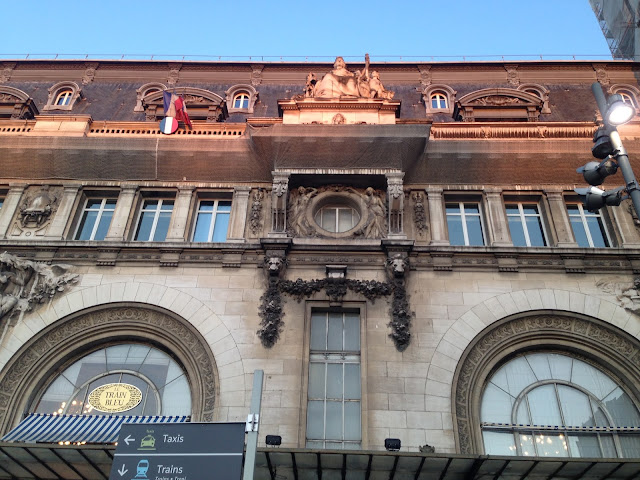 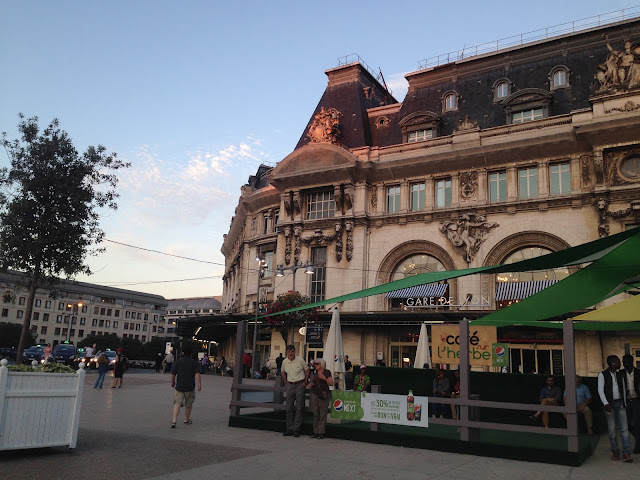 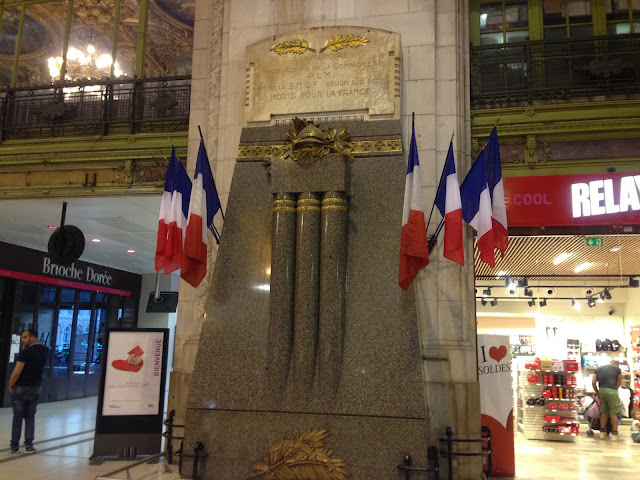 The Gare itself seemed like a historic structure, and reminded us of the iconic VT in Mumbai - the station was built for the World Exposition of 1900. It is considered a classic example of the architecture of its time, with a distinctive feature being the large clock tower atop one corner of the station, similar in style to the Big Ben, in London.
After exploring the Gare, it was time to head back to our hotel and prepare for an exciting day tomorrow, and needless to say, I am falling in love with Paris, despite being here only for a few hours now!

Just refreshed my memories of the place.. thanks for sharing Rajeev :-)
Cheers, Archana - www.drishti.co

I have just been to Paris during transits to US. But if i get a chance some day, i would like to visit this place.

Thanks for the beautiful pictures!