Into The Heart Of Anatolia...

After a mindblowing day, yesterday, roaming around Istanbul's historic sites - the Aya Sofya, Sultan Ahmet, the Hippodrome, the Kapalıçarşı and witnessing the whirling dervishes first hand at Hoca Paşa, we left Istanbul early this morning to catch a flight to Kayseri, in the heart of Anatolia, the Asian part of Turkey... 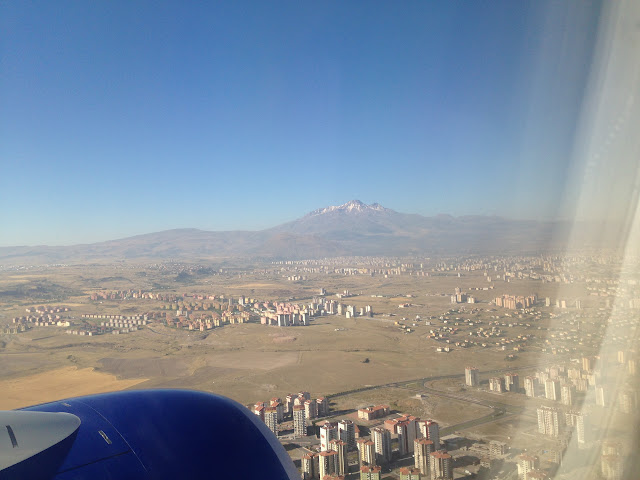 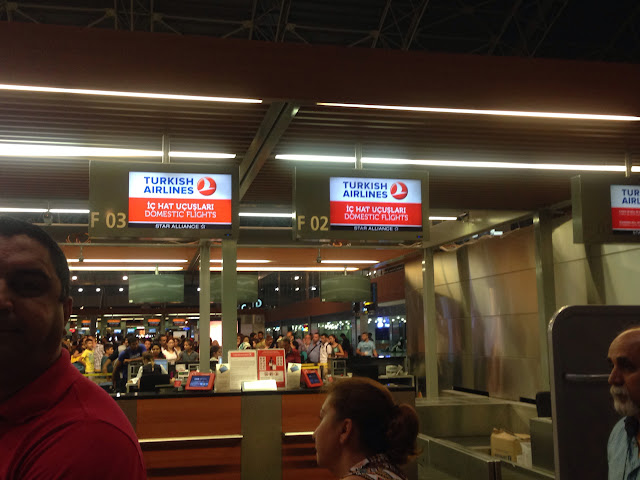 Our day began real early, as we left the hotel at 4 AM to head to Sabiha Gökçen International Airport, which is located about 30 kilometres from the Sultan Ahmet area, on the Asian side of Istanbul...

Sabiha Gökçen Airport is Istanbul's second airport, which was opened after the Atatürk Airport, where we had landed day before yesterday, was reaching saturation. This airport is named after Turkey's first female combat pilot and was one of the earliest women combat pilots in the world. She was one of the eight adopted children of Mustafa Kemal Atatürk and has been speculated to be of Armenian descent. While in the Turkish Air Force, Gökçen flew 22 different types of aircraft for more than 8,000 hours - 32 hours of active combat and bombardment missions. She was selected as the only female pilot for the poster of "The 20 Greatest Aviators in History" published by the United States Air Force in 1996. She was also honoured by Google with a Google Doodle on her birthday on March 22, 2009.
The airport has an Indian connection as well - the infrastructure conglomerate GMR Group had won a contract to modernise the airport in 2007 but had to sell their stake in 2013, as they faced a turbulent financial condition back home.
Today, we flew a low-cost subsidiary of Turkish Airlines - AnadoluJet into Istanbul. It was indeed interesting to see the number of airlines Turkey has despite its small size. And at that hour in the morning, there were a number of departures into various Turkish cities. This democratization of air travel is absolutely necessary for a vibrant economy.
The flight was barely an hour long and we slept all the way. 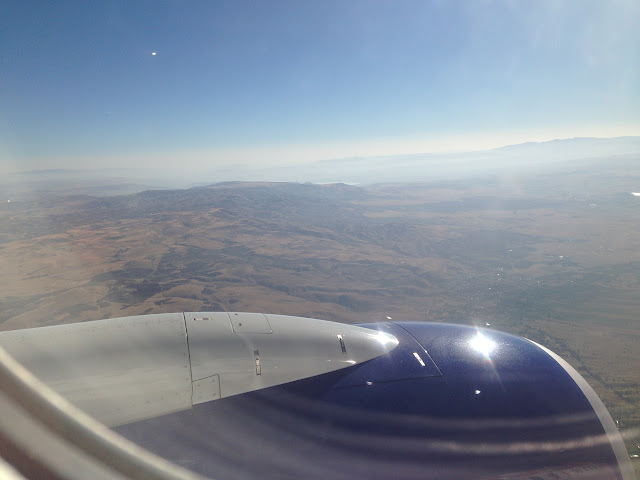 And when we woke, we were approaching Kayseri airport, in the Cappadocia region, which is renowned for its natural beauty... 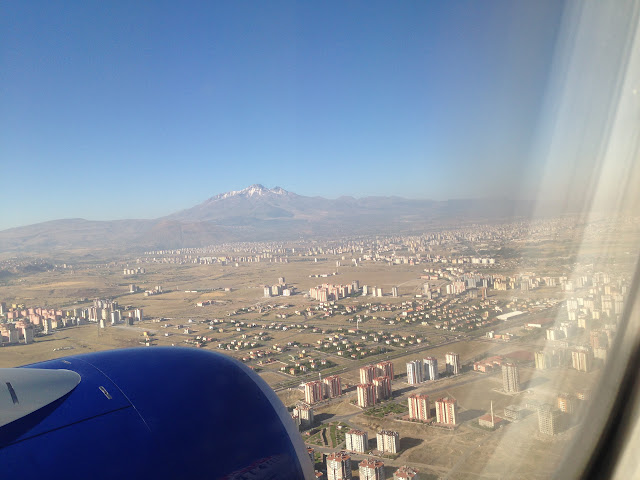 It is a clear day and we are looking forward to exploring the region... 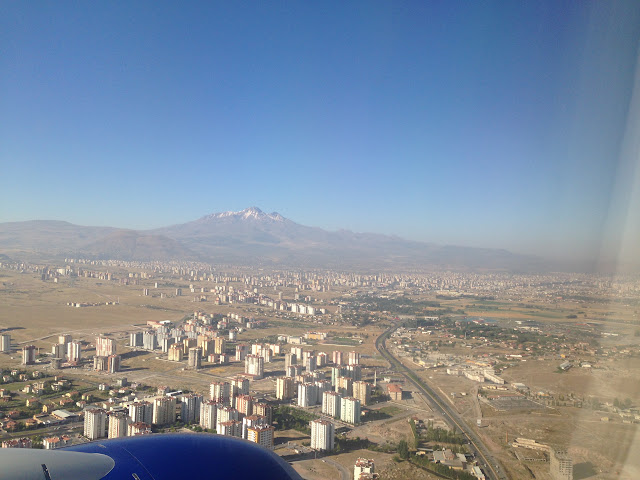