This has been quite an interesting flight so far!
I've watched two movies so far - Ab Tak Chappan 2 - the Nana Patekar thriller on the politician-Mafia nexus and the Liam Neeson thriller, Taken 2. A hearty chicken steak with sautéed spinach, mushrooms and polenta on the side was packed somewhere in between with a couple of glasses of plain tomato juice, which I prefer for its tanginess and low sugar content.
We flew in a north westerly direction south of Saurashtra and Karachi and flew over Pakistan somewhere in between Karachi and the port city of Gwadar. And soon the stark and barren landscape of Balochistan lay below us. Hard to imagine that this stark, weather scarred landscape does yield such substantial bounties - natural gas and minerals. But it is ironic that the benefits of being Pakistan's richest province haven't really percolated down to the fiercely independent and self-respecting Balochis, who have been at the receiving end of history for over 60 years now. 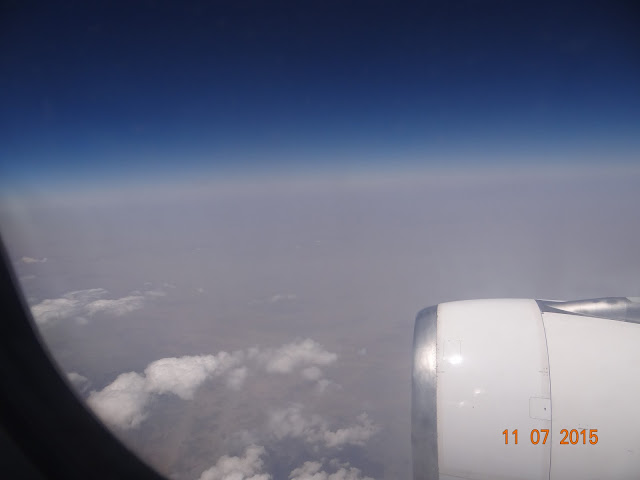 Then we flew right over Iran - Yazd, Isfahan and Tehran just short of the magical Caspian Sea. I had been longing for years to see the Caspian Sea, which is in a sense a cradle of human civilisation and is home of the prized Caspian Sea beluga sturgeon caviar, which any foodie will treasure more than a Swiss bank account! But l was despondent when I realised that we flew a couple of hundred kilometres short of the largest inland sea! 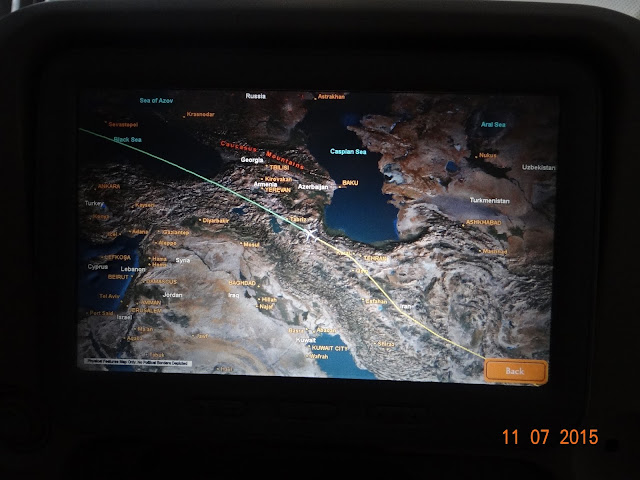 But as they say every disappointment leads to an unexpected moment, an unanticipated surprise.
We soon flew over the confluence of Iran, Armenia, Azerbaijan and Georgia. And as we crossed Yerevan, the Armenian capital, we got a magnificent view of Mount Ararat! 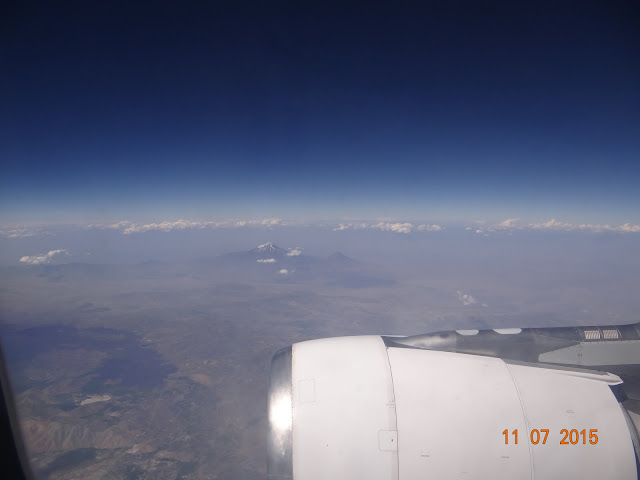 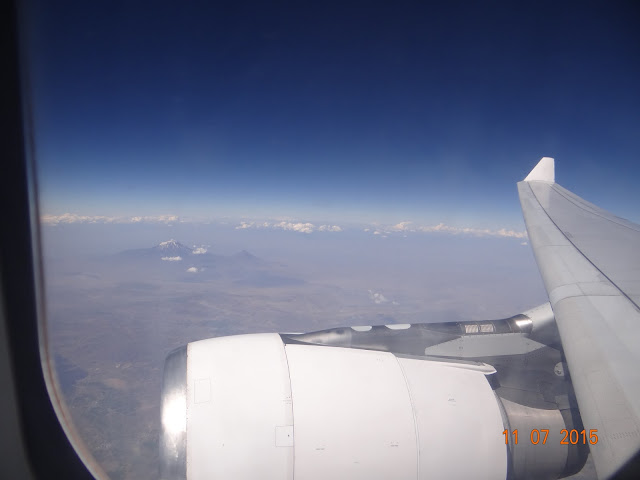 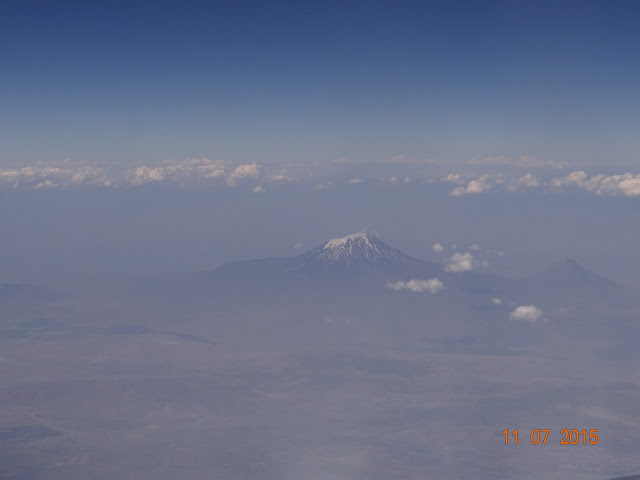 People say that this is the same mountain associated with Biblical traditions, the mountain where Noah's Ark rested after the giant flood. The snow capped mountain peak was clearly visible as the skies were amazingly clear without even a hint of a haze.
In Armenian mythology Mount Ararat is the home of the Gods and in the modern-era, the mountain symbolises Armenian national identity - it figures on the Armenian coat of arms and on banknotes. The mountain dominates the skyline of Armenia's capital, Yerevan. 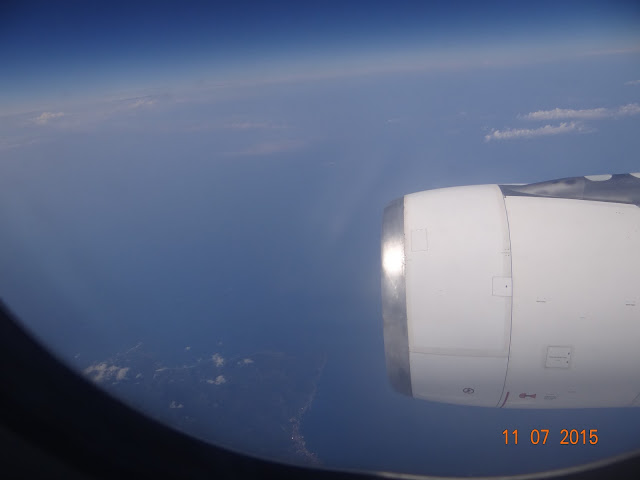 In a few hours, we crossed Turkey and overflew the Black Sea and entered Europe over the Bulgarian and Romanian coasts. I had a whale of a time capturing the lovely sights out of my window. The first thing I would do after checking in at the hotel at Gare de Lyon would be to upload these pics on my public Facebook album, Cloudscapes, dedicated to everything Up In The Air!
That's when the next magical moment happened. I spotted a Jet Airways Boeing 777, headed to London Heathrow, flying a thousand feet below us, on the right. That was indeed an incredible moment. It is very rare for a passenger to spot another aircraft in the air and get to capture it on camera, and I feel very blessed I saw it. 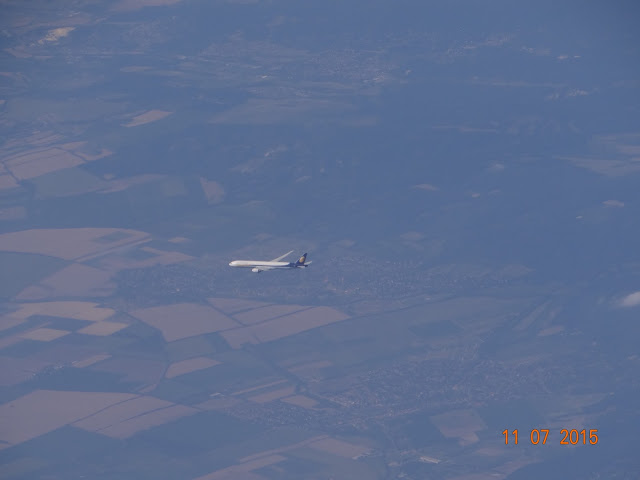 As we get ready to descend into CDG, I realised that this was probably the best real inflight entertainment (IFE) I ever had!
Posted by Rajeev at 8:51 PM