So finally that day has come when we fly to Paris for Neeti's graduation.
Weeks of meticulous planning have finally come to a close and Neeti's legendary packing skills have ensured that every little detail has been taken care of and every nook and corner of our suitcases have been filled in.
As we left home, a heavy downpour started. Neeti and I have had an incredible relationship with rain, beginning with our wedding day in 2005 and rain has been, in ways more than one, fortuitous for us. That was another reason to be pleased with the downpour today!
The drive to Terminal 2 on board the Uber cab was pretty smooth with a self-respecting, middle-aged loquacious Marathi driver telling us how he never refuses a bhaada! He helped us with the luggage and that prompted me give him a decent tip, which he graciously refused, only to accept when we insisted.
Check in was smooth. We used up a major part of our frequent flier miles for the journey. Within 15 minutes we were done with check-in, baggage drop, security and immigration.
This time around we visited the GVK Lounge, which was rather plush. We were offered a 15 minute complimentary massage but we stuck to a quick snack - salad, sandwich and some very irresistible idli sambhar.
The view of the ramp was awesome with a couple of Jet Airways Boeing 737s bound for Bangkok and the Gulf waiting for pushback. 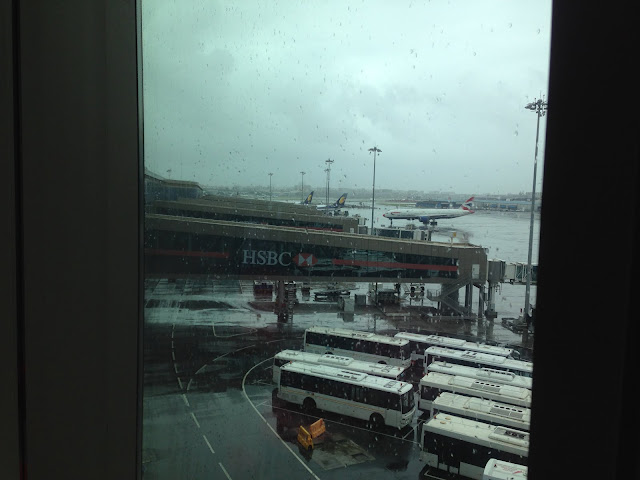 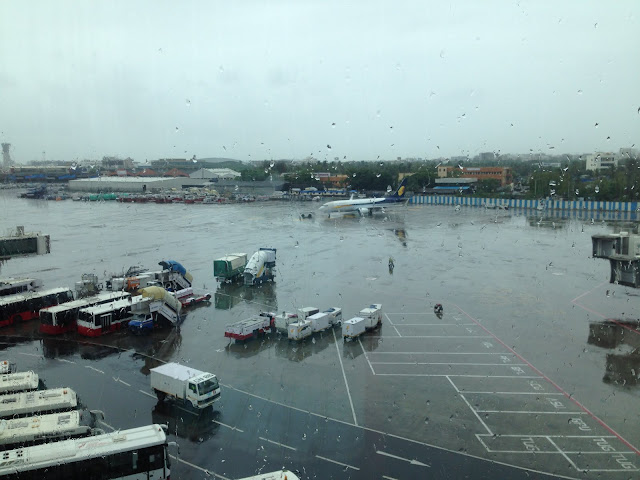 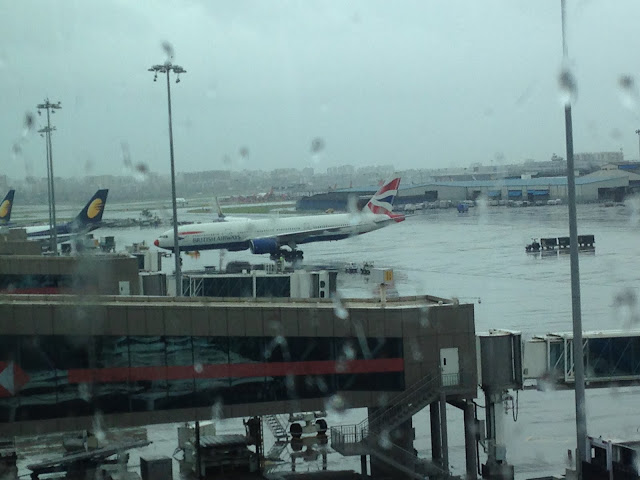 I descended into a deep thought, reflecting on the last very eventful 9.5 years, but my mood was instantly transformed when a British Airways red-nosed Boeing 777 flew in from Heathrow London and docked at the gate right below the lounge. That made me remember a recent quote I read which went something like this "travel experiences are worth much more than the things you can buy with the same money." 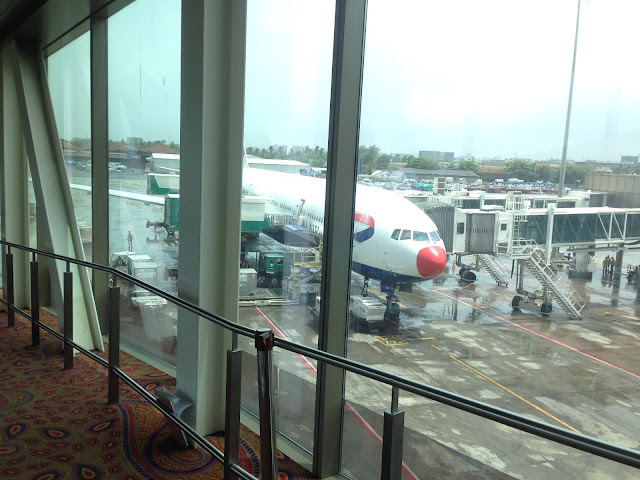 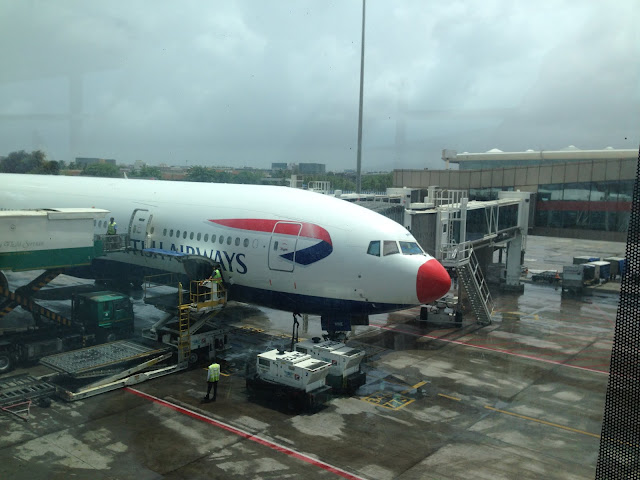 Boarding was soon announced and we walked into a practically half-full aircraft. Thankfully there is now a day-time Jet Airways flight between Mumbai Paris' Roissy Charles de Gaulle airport. I did not want to fly, the very notorious for its customer service, Air France and neither did we want a transit halt anywhere in the Gulf or in Istanbul and we wanted a day flight to help us quickly recoup from whatever jet lag a 3.5 time difference would give.
Pushback is now underway and it is time to sit back, relax and do some planes spotting!
For now, Bye Mumbai and Here We Come Paris, Paris, Nous Voilà!!!!
Posted by Rajeev at 12:20 PM

Looking forward to your Parisian experiences!

Happy and safe travel.. I love Paris and am looking forward to your posts.... and btw - congratulations on Neeti's graduation! Cheers, Archana - www.drishti.co