Nanjing Road & The Bund At Dusk...

After scaling 474 meters up to the top of the Shanghai World Financial Center, it was time to return to charms of the old-world Shanghai. Shaun drove us back to Puxi's Nanjing Road area, which is very close to the historic Bund area, which is where we were staying.
The pedestrianized Nanjing Road is the main shopping street of Shanghai, and is believed to be one of the world's busiest shopping streets. The street is named after the city of Nanjing, the capital of Jiangsu province neighbouring Shanghai. Before the adoption of pinyin romanisation in the 1950s, the street was referred to as Nanking Road in English. Incidentally, many of the roads in Puxi area are named after Chinese cities - our hotel was on the Beijing Road, we saw a Tianjin Road and many others.
The history of Nanjing Road dates back to 1845, when it was called “Park Lane”, which stretched from the Bund to He’nan Road. In 1854 and 1862, the road was extended to Zhejiang Road, and to Xizang Road. In 1862, it was named formally “Nanking Road”.
With the International Settlement came the growth of Shanghai as an trading hub and an entrepôt, and that brought in an influx of foreign influences (read: concessions). The result was seen on the road, then known as the Nanking Road. The road became a lively place. Departmental stores came here in the early 1900s. Around 1930 it was a bustling street with at least one reported casino.
Nanjing Road witnessed a massive tragedy during the Second World War. On August 23, 1937 a bomb was dropped on Nanjing Road by a Chinese plane in an attempt to lighten its load while being pursued by Japanese planes. The bomb hit two department stores, killing 612 people and injuring another 482.
In 1943 the International Settlement was annulled, and after the Second World War, the government changed its name from Nanking Road to "East Nanjing Road", meanwhile they also renamed the former Bubbling Well Road "West Nanjing Road", and the general name of the two roads, nearly 5 kilometers long, became "Nanjing Road".
As we got into Nanjing Road, I saw why Shanghai was once called Paris of the Orient. Western art-deco buildings still stood in all their splendour, reflecting the glory of the easy-going colonial era, yet hiding the miseries the natives underwent at the hands of colonisers. In more ways than one, this entire area reminded me of Fort area in Mumbai! 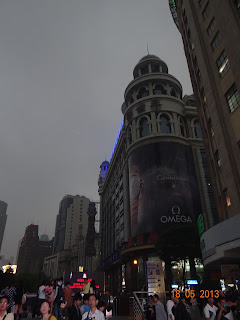 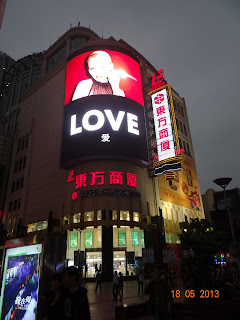 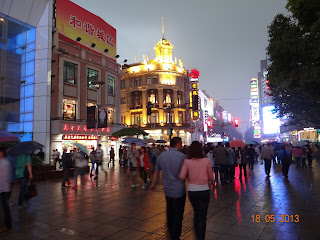 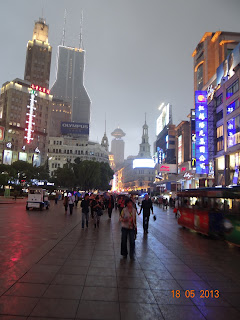 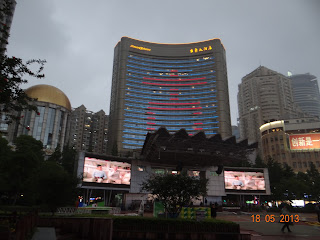 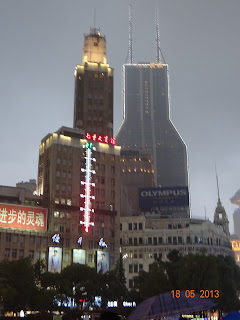 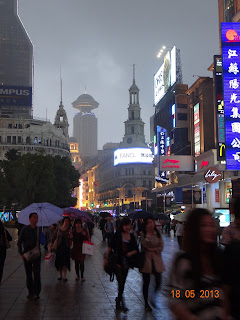 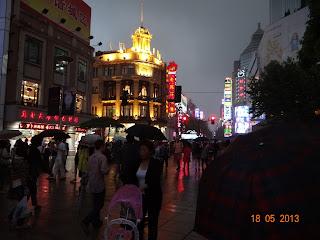 We roamed around Nanjing Road for over an hour and then Shaun came up with an interesting proposition. He suggested that we head to the Bund, and take a river cruise. But such was the appeal of this area that we promised ourselves that we had to come back to Nanjing Road again! 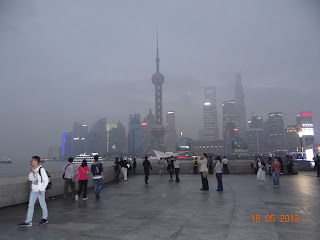 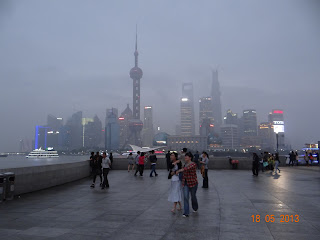 Pudong from the Bund... The Orient Pearl Tower, the SWFC and the Shanghai Tower are clearly visible in the distance! 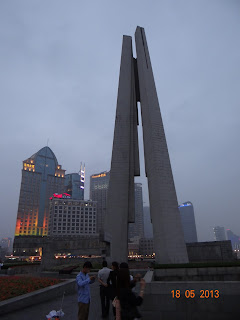 The Monument to the People's Heroes is is located at the confluence of the Suzhou Creek and the Huangpu River, within the grounds of the Huangpu Park.
The structure was built in the 1990s to commemorate revolutionary martyrs, as well as those who have lost their lives fighting natural disasters. The structure is built in the stylised shape of three rifles leaning against each other.

A panoramic view of Pudong! 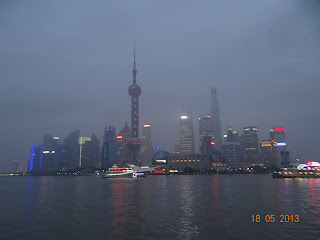 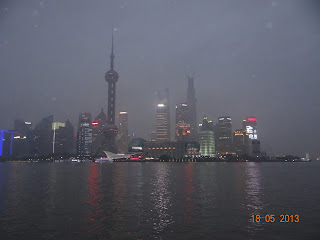 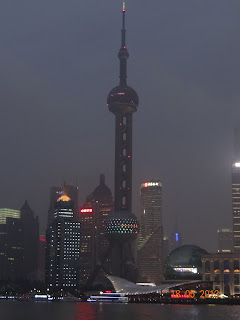 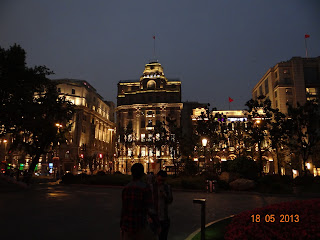 The Russian Consulate, located on the Bund.... 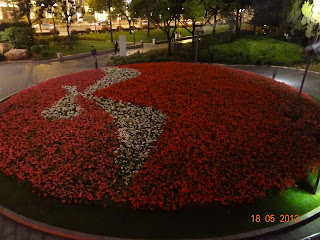 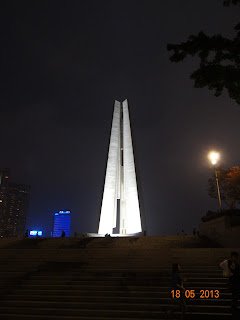 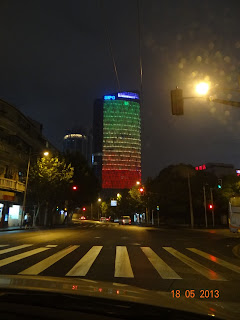