Rainy, But Delectable Morning At Zhangiajie!

We woke up to a very rainy morning in Zhangjiajie. We were a bit too lazy but our tummies were rumbling with hunger, it was almost 10 hours since our last meal and our "vegetable stir-fried noodles -  minus the noodles" were fully digested!
I was quite excited at the prospect of having an authentic Chinese breakfast and that made me goad Neeti into waking up and heading downstairs for the buffet breakfast!
And I was not disappointed! 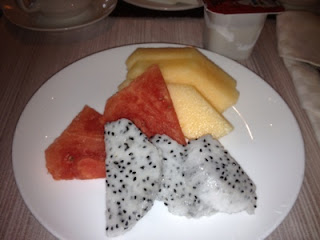 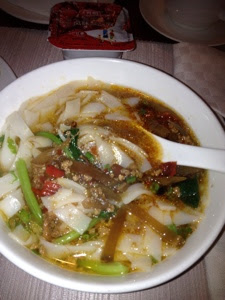 Then came my flat noodle soup with vegetables, spicy sauces, Sichuan peppers and chicken!
The spiciness of the Sichuan peppers literally jolted me out of my lethargy and I was good to go for the day!
This was insanely awesome! 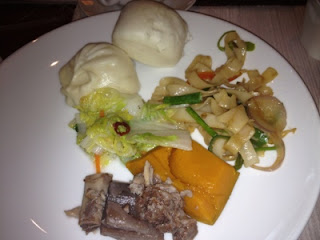 My buffet plate with flat sauteed noodles, boiled pumpkin, baozi (steamed buns), sauteed cabbage and tenderloin!
I enjoyed the boiled pumpkin with tenderloin, though the baozi I had in Beijing were better!
Baozi deceptively sounds like the very respectful North Indian term bauji for father or sir! 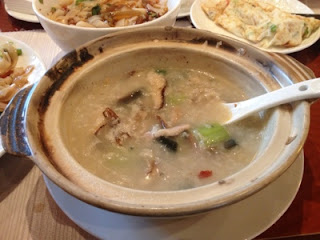 And there comes my congee with mushrooms, wild fungi, peppers, shredded poke (pork) and pork liver!
This alongwith the noodle soup were the best and most enjoyable, undoubtedly, this would a breakfast I would remember for years to come! 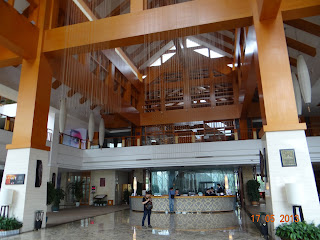 After a quick shower, we prepared to check out! 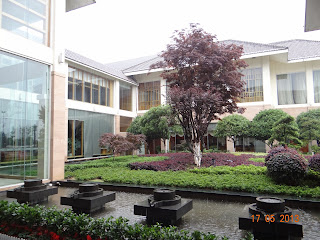 But the rain was still there, fairly heavy! 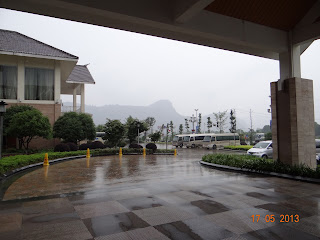 It is believed that a depression over the South China Sea is bring rain here today! 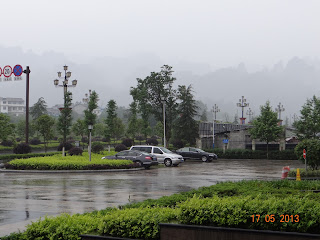 But it was cool and the air was fresh! 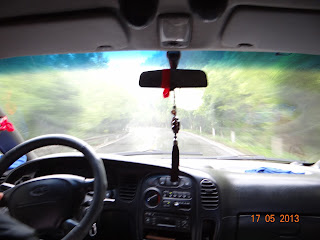 And we soon set out through the country roads for the Yellow Dragon Caves! 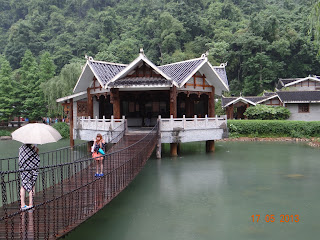 This bridge was interesting - suspended by chains!
The girl in the pic was funny - she was feeling cold and had to wrap a blanket around her (though it really wasn't that cold)! 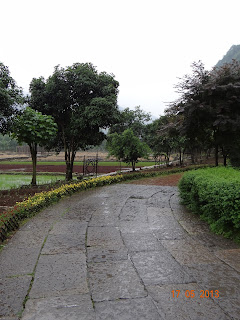 The path to the caves was nice clean and inviting! 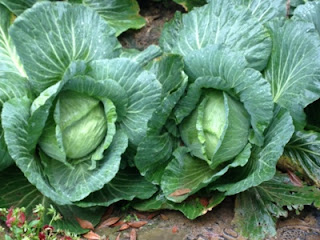 Massive cabbages were growing on the sides of the path.... 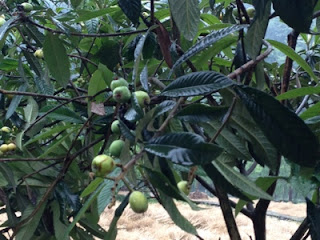 And there were a few loquat trees! 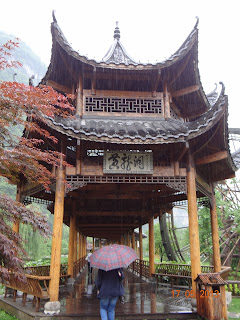 But the rain kept getting heavier, forcing us to buy two umbrellas! 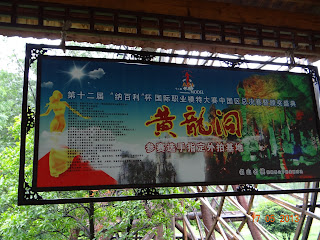 This place is host to music concerts and beauty pageants too! 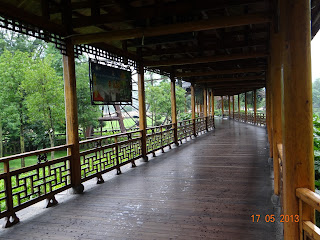 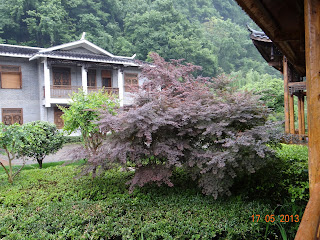 A long pathway led us to the Yellow Dragon Caves.... 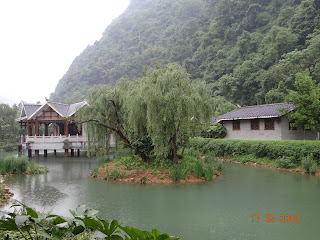 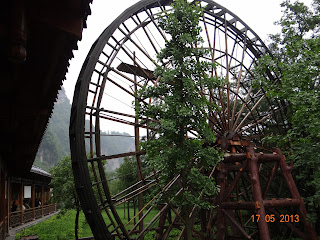 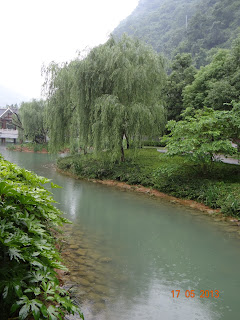 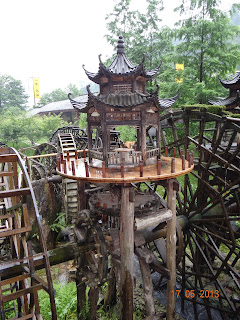 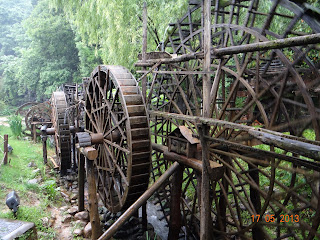 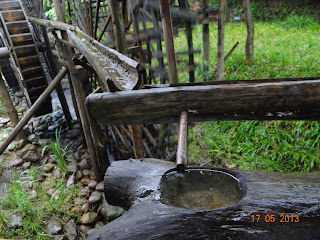 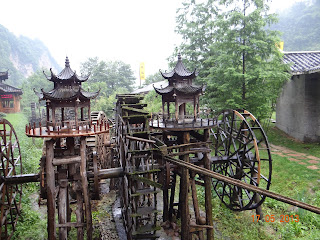 Traditional waterworks of the ethnic Miaos were on display here.... human ingenuity at its very best!

Next, we proceeded into the belly of the earth at the Yellow Dragon Caves!