The Charms of Xintiandi (新天地)

After visiting Yufo Chan Si (Jade Buddha Temple), we proceeded to Xintiandi (新天地), an area which used to be an impoverished part of the French concession. The tradition architecture of Xintiandi blends Western and Oriental styles and was called Shikumen (石庫門 or stone warehouse gate) - Shikumens are 2 or 3-storey structures resembling Anglo-American terrace houses or townhouses, with high brick walls enclosing a narrow front yard. The name "stone gate" is a reference to these strong gateways.
The shikumen residences used to abut each other and all are arranged in straight side alleys called longtang (挵堂I). The entrance to each longtang was usually surmounted by a stylistic stone arch.
The shikumen style of housing originally developed when local developers adapted Western-style terrace houses to Chinese conditions. The wall was added to protect against fighting and looting during the wars that Shanghai faced and also protected Shanghainese against robbery. By World War II, more than 80% of the population in the city lived in these shikumen kind of dwellings. Most of these were hastily built in slum conditions, while others were of sturdy construction and featured all modern amenities.
In recent times, many shikumen areas were razed to make way for modern developments, but Xintiandi was restored. Over the years, Xintiandi has been restored into a pedestrian shopping, eating and entertainment district. Today, Xintiandi has a vibrant and trendy culture and is popular amongst expatriates and affluent locals. 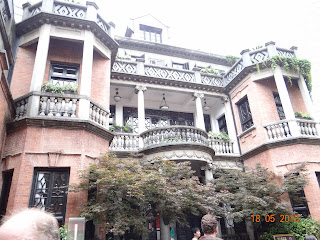 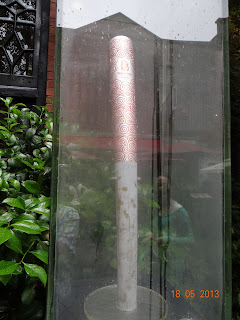 The torch of the 2008 Beijing Olympics on permanent display 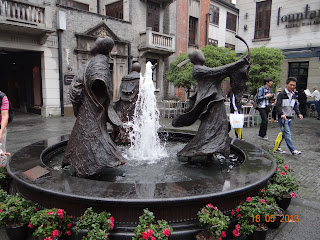 Sculptures of Fu, Lu and Shou, in the middle of Xintiandi!
Fu, Lu and Shou are also known as "three stars", are often seen together in China. They represent good luck, prosperity and longevity. The term is commonly used in Chinese culture to denote the three attributes of a good life.
This Taoist concept dates back to the Ming Dynasty. Statues of these three gods are found in nearly every Chinese home and many Chinese-owned shops on small altars with a glass of water, an orange or other auspicious offerings, especially during Chinese New Year. Traditionally, they are arranged right to left (so Fu is on the right of the viewer, Lu in the middle, and Shou on the far left). 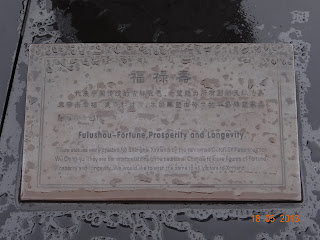 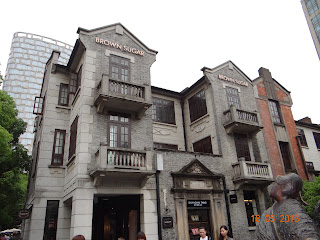 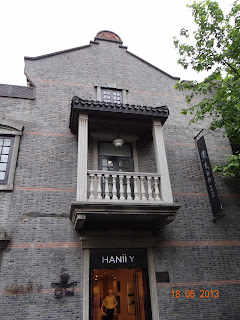 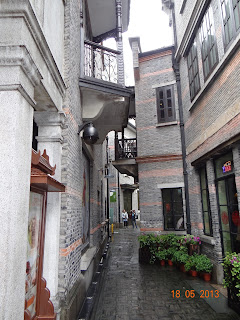 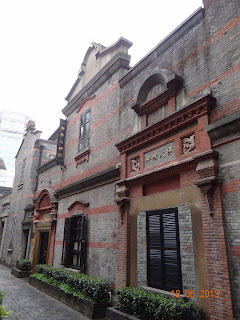 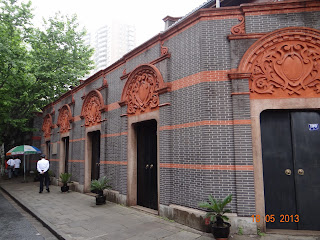 This building is historic - it was the location of the first Congress of the Chinese Communist Party in July 1921!
That perhaps changed the course of history! 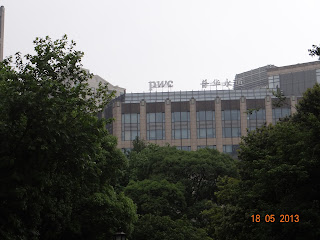 We crossed the road and moved away from the shikumen towards the modern developments in Xintiandi...
PwC's regional headquarters were in a very inviting green area, overlooking an artificially created lake.... 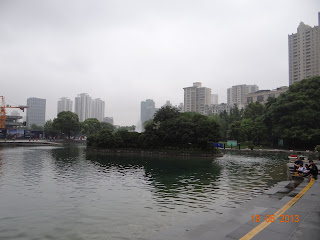 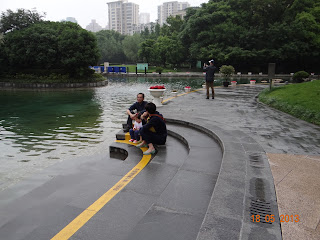 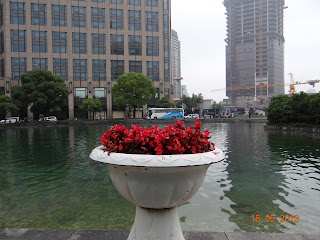 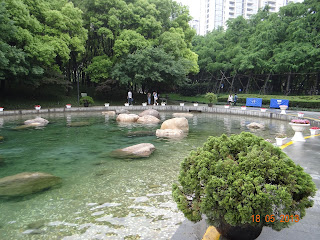 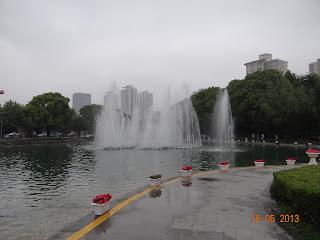 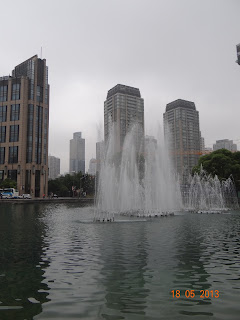 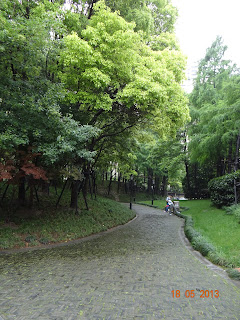 The lake was serene, the pathways inviting...
I could spend the whole day here reading a book and seeing the world go by.... 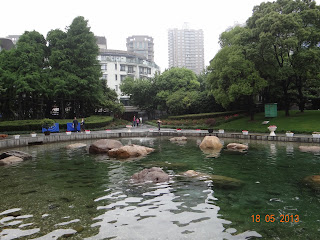 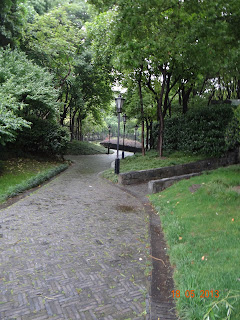 And then we were reminded by Shaun - it was time to move to the next destination on our itinerary... the Shanghai World Financial Centre at Pudong!